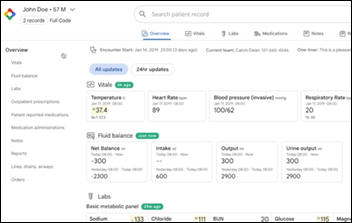 Google Health expands the pilot of its EHR search and data presentation tool, which it has named Care Studio.

The system provides a centralized view and search capability of patient information that is stored one or more EHRs.

Ascension was the pilot site, for which Google earned the attention of Congress a year ago for how the company intends to use and protect patient information. Google has made assurances that it does not own patient data, doesn’t sell it, and won’t use it for advertising purposes.

Clinicians from unnamed sites in Nashville, TN and Jacksonville, FL will use an early release of Care Studio and provide feedback about its usability, usefulness, and workflow integration. 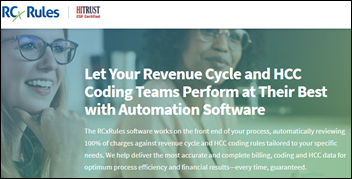 Listening: a grab bag of obscure 1960s psychedelia, which is mostly new to me. The naively optimistic flower children who formed forgotten bands 50-plus years ago are now dying off without fanfare. Little-known groups I’ve discovered: The Fallen Angels, Kaleidoscope, and The Peanut Butter Conspiracy (in addition to one of my all-time favorites and not obscure at all The Love). I am contemplating a foray into collecting LPs and 45s for the first time since I suspect a lot of this trippy vinyl is moldering in basement junk boxes and deserves better. It is sweetly sad to think of someone’s great-grandma passing away in her 80s without her family knowing that, if only for a few weeks, she was a sun-drenched Renaissance faire goddess with flowers in her hair, whose heartfelt, unskilled folkie crooning soundtracked the personal summer of love for thousands or millions of people who are struggling, as she did, to reconcile the sunny days of youthful exuberance and seeming immortality with the realization that the clock is running out. “Legacy” is an uncomfortable topic for me since I envy artists whose work will continue to be discovered and appreciated by new generations.

I ran across the best acronym-based group name ever, the Paediatric International Patient Safety and Quality Community, aka PIPSQC (“pipsqueak.”)

Odd grammatical quirk, almost entirely heard in 20-somethings: pointlessly expanding “thank you” to “thank you so much.”

Tech-enabled insurance startup Oscar Health plans to raise over $1 billion through its IPO, scheduled to take place next week. Like competitor Clover Health, the Alphabet-backed company has yet to show a profit, despite having raised $1.6 billion since launching in 2012. Analysts, however, are quick to predict a $6.7 billion valuation. 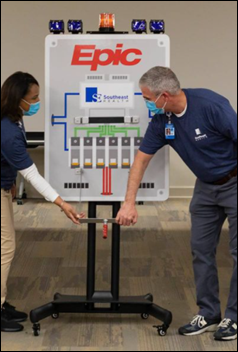 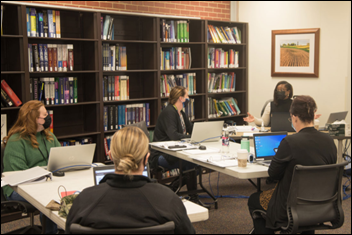 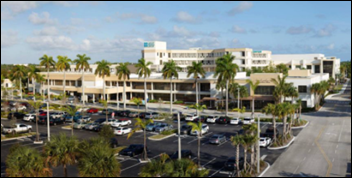 A new KLAS report looks at the EHR experience of medium to large home health agencies, finding that MatrixCare Home Health leads the market, while Epic Dorothy follows closely as used mostly by health system-owned agencies. Homecare Homebase is widely used, but receives the lowest rating for quality of support. WellSky’s customers report lower satisfaction as the company grows and acquires, while users of Netsmart’s acquired products (Homecare Advisor and Homecare) say development has slowed as the company focuses on its MyUnity Enterprise platform.

TeleICU provider RemoteICU sues HHS for not allowing US-licensed physicians who live outside the US to bill Medicare for telehealth services.

In Canada, New Brunswick’s auditor general says that the province’s EHR rollout failed, where $21 million was spent on a system that fewer than half its physicians are using and that does not integrate with hospital systems. The New Brunswick Medical Society partnered with private company Accreon to create Velante to sell the software, then kept pumping money into the failing program and adding switchover subsidies until the exclusive deal ended in 2019. Velante is closing and the software vendor, Intrahealth Canada, will take over support.

J&J says it will ship 20 million doses of its single-shot vaccine in the US by the end of March if it receives FDA’s emergency use authorization, earlier than expected.

HIMSS said early this month that it would provide more information on HIMSS21 on February 19. I didn’t see any specific announcement, but the FAQ now says that registration will open in early March. HIMSS will also run an extra-cost, single-day “CIO Summit” that will be followed by a “curated CIO experience” now that CHIME has pulled out. Exhibitor count is at 410 versus 1,300 at HIMSS19. 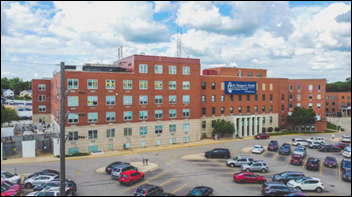 St. Margaret’s Health-Spring Valley (IL) reverts to paper-based processes after its IT team discovers a data breach, forcing it to shut down all of its Web-based systems.

An AMA article touts the use of Xcertia app development guidelines — developed by AMA, HIMSS, and other groups — even though the Xcertia project was shut down in August 2020. HIMSS said at the time that the effort would continue with oversight by a HIMSS work group.