I’m not sure what to make of the recent communications from HIMSS regarding HIMSS21. They are eager to confirm that the event will proceed and to tell us the next milestone where they plan to tell us more about it, but I personally would rather have information at hand than the promise of information down the road. It’s clear that the exhibit hall will be much reduced and the sessions will be a mix of in-person and digital, but beyond that, I’m not sure what we know. The reality is that HIMSS is about making money and they’re going to structure their communications in the way that they think will be most profitable.

What I do know is that August in Las Vegas is deathly hot, and the things that many of us have been doing to avoid COVID — such as having social events outside — may or may not be tenable there at that time of year. The average high for the week of August 9-13 is 103 F, with a low of 80 F. Even in a “dry heat,” it’s not my favorite way to travel back and forth from the hotel to the conference center. I’d like to stay at one of the connected conference hotels, but the charges are prohibitively high for those of us who are paying our own way for the privilege of attending a conference where we have no idea what to expect.

We also have no idea what vaccination status will look like as we move towards August, since vaccination administration is still rather messy across the US. Based on anecdotal reports, many of the would-be HIMSS attendees from US health systems may be vaccinated, since many of those health systems seem to have had plenty of vaccine for non-patient-facing workers under the premise that everyone supports the patient journey. My friends who are part of independent practices and federally qualified health centers are still struggling to find vaccine, and the process has become more challenging now that states have prioritized the elderly.

I honestly don’t have a bead on what vaccination processes look like elsewhere in the world except for the UK and Australia, where friends keep me posted on what they are experiencing. They have employed different strategies than the US or each other, so it remains to be seen who will ultimately be judged by history as having the best approach. Certain countries and alliances have bought up enough vaccine supply to more than vaccinate their own populations, and it’s not yet clear what will happen to any surplus in the end. The goal is of course to vaccinate people quickly, but there are still plenty of barriers worldwide. 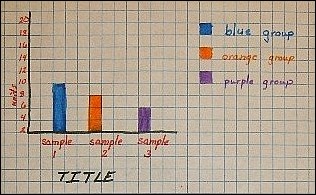 Being a clinical informaticist in the midst of a global pandemic has its challenges, since many of us are armchair quarterbacking the charts and graphs we see and trying to determine whether they’re accurately illustrating the facts or are in danger of looking like someone changed the data with a Sharpie. A neighboring state just got caught cooking the books on their COVID positivity numbers — they decided to exclude test results that have been performed by any other methodology than PCR. Many of the large urgent cares are using rapid molecular testing like the Abbott ID Now devices in use at the White House, and those numbers are going unrepresented. Also not included in the totals are other rapid tests, such as antigen tests. We use both of the latter in my practice probably 80% of the time, only sending PCRs when required, so failing to include all the data seems like a no-no.

The state health director tried to explain it away by saying that there’s enough “saturation of PCR tests in the market to be representative,” and although I understand what he’s trying to say, it just seems like it would be better to use all the data, especially since the state requires practices to report it. Why would you want to not use data that you have? Those are the kinds of decisions that lead people to question the truthfulness of public health officials and that give rise to conspiracy theories. There have been enough irregularities with data and reporting throughout this pandemic that future academics can teach full semester classes on what went wrong. 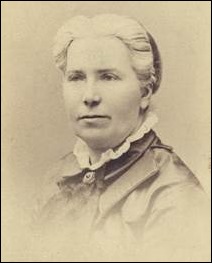 February 3 marked National Women Physicians Day, which occurs on that date to honor the birthday of Elizabeth Blackwell, who in 1849 became the first woman to achieve a medical degree in the United States. I spent the day caring for patients, some of whom were particularly cavalier about spreading COVID to their friends and family members, which is always frustrating. I didn’t even realize it was today until I got home and was curled up with my laptop, surfing the internet while waiting for my face to stop hurting from wearing an N95 mask for 12 hours. It typically takes about three hours for the mask marks to go away and a couple more for the headache to improve if I don’t take ibuprofen or drink a martini. I’m surely in a place I never expected to be when I started my medical career.

I was proud to be part of the first majority female class at my medical school, and to be part of an all-woman residency class well known for shaking things up in the world of graduate medical education. As the first physician in my family, I didn’t really appreciate what that meant until the day I took my mother to visit the gross anatomy lab. It was there I learned, as we stood there holding a human heart, that she might have liked to have been a physician, but when she was in college women were steered towards career paths in teaching and nursing. I was surprised that she hadn’t mentioned it while I was pre-med and applying to medical school, but maybe there was something in the genes that kept me going even when training got rough.

Here’s to all the women physicians that came before us, breaking barriers, putting up with enormous amounts of harassment, and paving the way for us to be where we are today. Your courage and dedication will never be forgotten.