Our friends at the Massachusetts Institute of Technology have created a cough detector that claims to identify COVID-positive patients even if they do not have symptoms. The system uses artificial intelligence models to identify characteristics of cough sounds that can’t be detected with the human ear. Researchers propose embedding the technology in cell phones as an early detection device. The work leverages technology that is already in process for early identification of Alzheimer’s disease. Researchers note that AI algorithms can identify various factors from a cough, including a person’s gender, language fluency, and emotions.

Researchers used thousands of recorded coughs as well as voice recordings to train the model. In the COVID analysis sample of 1,000 patients, the model was accurate for 98.5% of COVID-positive patients, including 100% of asymptomatic patients. They acknowledge that the algorithm is no substitute for proper testing, but see it as a tool that could differentiate between healthy and unhealthy coughs, alerting people to the need for testing.

I started a new project this week with a client whose attempts at value-based care delivery were in shambles. They had someone on staff who was designated as the manager of quality initiatives. Apparently she would come to meetings and “talk big” about the work she was doing, but actually had a complete lack of understanding of the work that needed to be done in order to drive the quality needle. When the physicians’ contracted health plans would send membership rosters to the practice, she simply stuck them in a binder rather than actually doing anything with them, such as confirming whether the patients on the roster were active patients in the practice or seeing whether they were current on preventive screenings or recommended health services.

In meeting with the practice’s leadership in scoping the engagement, it was clear they didn’t understand some of the basic concepts of value-based care, including the need to understand patient attribution and to reach out to those patients for whom they had been deemed responsible. I felt like we needed to take it back to a 100-level course, so this week began with some educational sessions to explain the basics of attribution and empanelment.

They seemed so surprised to hear that a payer would use claims to attribute responsibility for care that it made me wonder whether they had been completely absent from all discussion of value-based care over the last decade. Certainly they hadn’t been reading the literature that was regularly put out by their specialty society. I’ve found that the American Academy of Family Physicians has done a great job creating materials for physicians, but unfortunately, they can’t force their members to read them.

The empanelment discussion was a good one as well, since it immediately devolved into an argument about how large their panels should be or whether it was acceptable for some providers to have larger panels than others. Fortunately, our engagement includes a subproject to look specifically at physician panel size since their wait times for appointments seem to indicate that their panels are too large. They have physicians who have cut back their hours due to health reasons, but who continue to accept new patients, and the process is creating a mismatch in supply and demand. I’m surprised no one ever recommended that they close panels, but then again by the time I wind up consulting with a practice, usually there has been a series of “things no one ever told us.”

Even though these engagements can be challenging because the client has a lot to learn and I have to figure out how to get them where they need to be without them feeling like I’m completely upending their world, they can be really enjoyable. I’m usually able to make a difference for staff as well as physicians, because staff has often been compensating for overloaded schedules and isn’t experiencing the fulfillment they could be if the practice truly embraces team-based care. The project will be a little slower going than I’d like because we’re doing everything remotely, so there’s not that burning platform of having a consultant on site. It should be a good counterbalance to the grueling months ahead in the land of urgent care. 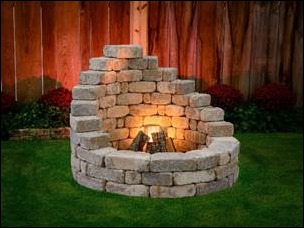 I had the opportunity this week to spend some quality time around a backyard fire pit with one of my favorite clinical informaticists. Even though we live in the same metropolitan area, we used to just run into each other at the annual AMIA meeting. Since there aren’t any in-person meetings this year, we made it a point to get together since the scheduling stars aligned to provide us an evening where we were both free.

He has always worked in the academic space, where I’ve been more in the health system and vendor arenas. We still face many of the same challenges, though, including clashes with upper management who don’t always see the value in physicians who work on the technology side. We’re also tasked with helping bridge the gap between organizational leadership and end users who might not understand why applications are implemented in a particular way that best supports organizational goals but might not meet specific users’ expectations.

Both of us have had a lot of job changes in the last several years, and it was good to get his perspective on how the pandemic has (or in many ways, hasn’t) transformed care delivery at his organization. Some things never change, and his practices are still doing manual appointment reminder phone calls and manual COVID screening, which seems to me a shocking waste of human capital. As a clinician, I’d much rather see those staffers redeployed as care navigators, health coaches, or in working with patients who aren’t candidates for digital reminders or screenings, or who have complex situations to navigate such as arranging rides, coordinating with family caretakers, etc.

I enjoyed filling him in on some of the interactions I have with startup companies and how they’re trying to solve various healthcare workflow issues as efficiently and economically as possible. There’s definitely some inertia at his institution, but it would be fun to do a project together some day. Until then, we’ll have to settle for commiserating by the fire, six feet apart.

What new solutions is your organization deploying to handle the next wave of COVID or to prepare for vaccination? Leave a comment or email me.