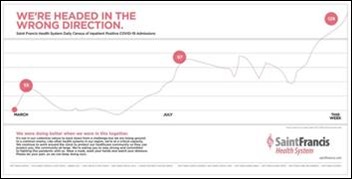 Hospitals and health systems are going on the offensive against COVID. One example is this two-page ad in the Tulsa World that illustrates hospitalizations within Saint Francis Health System.

Hospitals in my metropolitan area are approaching maximum capacity, having taken numerous transfers from rural hospitals that quickly became overwhelmed as cases surged. Our flagship tertiary care hospital has put limits on elective operative cases, not only to preserve bed capacity, but also to try to mitigate the load on care delivery staff who are anticipating a rocky winter.

One of my ICU nurse colleagues has been working with COVID patients since the beginning, spending several months in a vacant college dorm to reduce the risk that she would take the virus home to her high-risk household. In the ultimate show of compassion, another nurse from a “regular” unit offered to trade places for a few weeks so that my friend could have a break. It’s people like these that drew many of us to healthcare, those who truly set the example of service. But it’s a sad commentary on where we are right now and the concerns around what is to come. We had two more resignations at my practice this week and I fear more are to come.

ONC released a data brief this week looking at the state of interoperability among major US cities. The report looked at variation in interoperability within 15 cities, which are represented by combined statistical areas. They looked specifically at four key areas of interoperability – to find, send, receive, and integrate electronic health information with sources outside their health system. Data on HIE participation was also included.

Not surprisingly, small / independent hospitals performed the worst, with system-owned hospitals reporting higher rates of engagement across all domains. I practice in one of the areas that was surveyed and can attest to our paltry performance. The hospitals refuse to share information with independent facilities, and most of the time, my best source of information at the point of care involves the patient handing their phone to me so I can flip through their MyChart account.

The state HIE isn’t much help either since they won’t let individual physicians participate. Physicians only get access if they’re part of an organization that is sharing data. There are plenty of us that are independent, locum tenens, or contract physicians who care for patients outside the walls of a hospital or across multiple rural facilities, and it would be useful to have access to the data when those patients cross our threshold. That’s how the state’s prescription drug monitoring program works – it’s funded by tax dollars and each provider has their own login. Not sure why the HIE needs to be different. 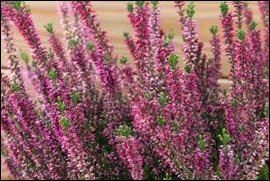 My office recently suffered the devastating loss of a staff member, who passed away at the practice during the work day. It’s been an incredibly difficult time for everyone. The office has been closed and we just re-opened Wednesday. Based on the experience, I have a new item to add to our contingency plans for such a situation. If you have shared PC workstations, I highly recommend having someone log in to the PC that was last in use by the staffer in question and make sure that their login screen isn’t going to pop up for the next person to see. It never occurred to me that it might be an issue until I walked past a staff member who was staring catatonically at a login screen with her departed co-worker’s name, waiting for her password. The whole situation has been traumatic. This was another hurt that the team didn’t need on our first day without her. 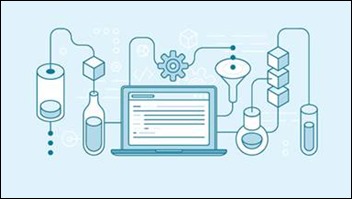 Especially in a pandemic, there’s a lot of focus on the clinical workers at hospitals, along with those who perform essential functions such as food service, housekeeping, and facilities engineering. You don’t hear much about the unsung IT heroes, although they’re just as critical where taking care of patients is concerned.

One of my physician friends reached out to me recently about what she perceived as an IT disaster and I had to agree with her assessment. The hospital has had some significant delays in the return of pathology results over the last few months, due to layoffs and backlogged specimens. She’s been waiting for several sets of patient results to return and checking the system daily because she knows it’s a big deal for her patients. The lab director had told her to be patient, but I understand her reluctance to do so when she was waiting for information that could change her patients’ lives.

Late Sunday evening, she received a large volume of pathology results to review, some of which had been finalized and released by the lab more than five days previously. Apparently one of the interfaces had gone down and the results had been available but just sat there queueing until someone finally noticed an issue and pushed them through after restarting the interface. Her hospital recently outsourced quite a few of its IT functions and she couldn’t help but wonder if the changeover had anything to do with the failure, so called for my thoughts. My impression is that of a multi-level failure, first with the interface itself, then with the monitoring systems, then with a lack of notification to the responsible providers explaining the situation.

She had several dozen sets of results to address, but in a system her size, there may have been hundreds if not thousands of patients who were impacted. I know she felt terrible about the delays and was trying to figure out how to find time in a busy Monday office schedule to call notify all the patients. The reality is that on the other side of each one of those pathology results sits a woman who has likely been worrying about the outcome of her biopsy and that failure of the system added additional burden that she probably didn’t need right now.

It’s important for those of us in the healthcare informatics world to realize how critical our work truly is, and for the leadership that manages our departments to make sure we have the resources to do the work properly. My heart goes out to all the patients who had their results delayed and especially to those who received news that likely changed their lives.

Has your hospital cut resources for infrastructure reporting and monitoring? How does it notify patients and clinicians of similar situations? Leave a comment or email me.