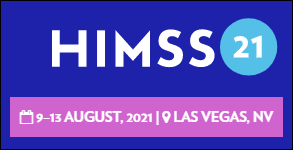 Continuing its ongoing slide towards irrelevance, HIMSS issues its call for proposals for the 2021 conference, which is slated to take place in Las Vegas in August.

There are quite a few places I’d rather be during the summer than there, so I’m rethinking my plan to attend. Part of me wants to see what the stripped-down version of HIMSS looks like, but I’d rather save my desert trips for the winter months. For those of you interested in presenting, proposals are due by November 2, meaning the material will be nine months old by the time you take the podium. Speakers receive complimentary registration, but then again, most of the rest of us are also receiving “free” registration since they refused to refund our fees for the canceled 2020 conference.

The Journal of the American Medical Informatics Association publishes a review on “Physicians’ electronic inbox work patterns and factors associated with high inbox work duration.” Looking at primary care physicians, they quantified the time spent on inbox management while looking at use patterns to identify which types of messages took the most clinician time. They found that PCPs spent an average of 52 minutes managing the inbox on workdays, with 19 of those minutes occurring outside work hours. Most time was spent on patient-initiated messages and results management. The authors conclude that interventions targeting these two areas would help reduce inbox workload.

I’ve long been a promoter of having support staff assist physicians in managing the inbox, but there continue to be barriers in this regard. Some organizations think there is too much medico-legal risk to have staff screen or triage messages, but others are supportive of the approach. Most employed physicians I’ve worked with seem reluctant to push back, since their employers don’t want to spend money on qualified support staff and they feel like it’s a losing battle. Many physicians feel like they’re in captive employment situations, and you can bet employers take advantage of this, knowing they’re not likely to vote with their feet.

Despite promises of coverage for the expenses of COVID patients, patients are starting to see surprise medical bills arrive in their mailboxes. Patients who don’t have a documented positive test due to testing shortages or those who end up seeking care out of their insurance network seem to be the most at risk. These examples further demonstrate the brokenness of our US healthcare system, where people routinely delay in seeking care because they’re worried that they won’t be able to pay for it.

I treated an elderly patient recently who needed a cardiac workup to confirm whether her symptoms were being caused by a heart attack. There’s not a lot we can do in the urgent care to definitively make the call. Because her home country has a nationalized health service, she was resisting a transfer to the hospital because she had heard of the exorbitant cost of hospital visits in the US. Ultimately she agreed to go, but declined an ambulance transfer. Since our local hospitals routinely block independent physicians from receiving follow-up information, I’ll never know if she made it there or not or what her outcome was.

The ongoing pandemic is a huge stressor to patients and healthcare workers alike. Some companies are offering virtual therapy and meditation apps to try to help their workers cope. Kaiser Permanente is offering the Calm meditation app to millions of its members, and other payers have been bolstering their mental health service offerings as well. My primary clinical practice recently suffered a devastating loss as a staffer died at the site. Given the age distribution of our employees and their engagement with technology, I suspect they’d be more apt to engage mental health services through an app rather than having to pick up a phone and call the employee assistance program.

The Joint Commission issues a “Quick Safety” bulletin covering “the optimal use of telehealth to deliver safe patient care.” They seem a little late to the dance since it’s October and most organizations have been using telehealth services since the spring, often with great success. They include some good pieces of advice, including the need to develop protocols for virtual care to reduce variation between providers. They also note that staff roles and responsibilities need to be defined.

The latter is something I still see organizations struggle with, as they make the assumption that virtual visits need to be 100% the responsibility of the provider. The most efficient telehealth platforms allow for a similar flow to the in-person visit, with staff performing pre-visit and post-visit tasks so that the physician can focus on the parts of the visit that require their specific attention.

The American Medical Association, which controls the CPT codes used in medical billing, has released two new codes for COVID testing this week. Both of them address use of combination tests that look for Influenza A and B along with COVID-19.

Academic medical centers and other large institutions have been developing their own tests for this, but what we really need is mass quantities of a rapid test that covers these pathogens and can be administered and resulted at the point of care. My state continues to be in a surge, and it’s become painfully obvious that the only thing that is going to keep some people home is having an actual positive test result. Many are clear about their intentions to continue “living their lives” in the absence of a positive result, regardless of their symptoms or exposures.

It’s certainly a disheartening time to be a physician. My community just lost another physician to suicide this week. We’re also seeing COVID take a toll on our providers who have other health issues but who have been trying to “power through” due to the extreme need in the community. Two of my colleagues are on bedrest for pre-term labor and two more have taken unspecified medical leaves.

There’s also an emotional toll. We are expected to just keep going regardless of what we’re seeing around us. While hospitals typically have post-event shakedowns after tragic Code Blue or major trauma events, there’s not a parallel for most of us in the ambulatory realm other than just trying to look after one another. No one’s clapping and cheering for the healthcare providers any more, but some of us are working harder than we have since the initial spring peaks. I’m definitely seeing some unhealthy coping behaviors, so keep an eye on your friends and family if they’re in the clinical trenches.

What is your organization trying to do to bolster morale ahead of flu season? Leave a comment or email me.