Just wondering. What happened to blockchain as the savior of IT? (Former CIO)

The DOD,VA, and USCG connecting to CommonWell FEELS like it should be big news (five years late notwithstanding), but reading the press release and the word Cerner is nowhere to be found. Are the federal legacy systems live on CommonWell before the flagship? Will any of them ever turn on Carequality, so they’ll have someone on the other end to exchange with? (vaporware?)

Wow that is way more than I thought Allscripts would be able to get for CarePort. The other sellable assets seem to be Veradigm and 2bprecise. Would 2bprecise stand up to an acquiring firm’s due diligence? As far as the core business goes, does Cerner has the appetite to buy and gut the whole company? I can’t think of a way that one of Allscripts EHR or EHR-adjacent software assets could be peeled off and sold separately. Practice Fusion could potentially go with Veradigm. (IANAL)

As an IT director working to launch one of the major telehealth platforms at our healthcare organization, I have been flabbergasted to find that their system is not a certified EHR and is unable of sending out industry-standard CCDs (e.g. lack the ability to include regular data set of problems, discrete medication data, allergy data, etc.) back to our EHR. They really only use the CCD as a vehicle to send over nicely formatted PDFs, which are a pain for clinicians to navigate and view to in our EHR to get the gist of what happened during the encounter. (Caveat Emptor)

t would be great if the telehealth / retail health / urgent care style practices would plug into an HIE or something, but that only benefits the PCPs,, health systems, or whoever can capture the referral. The margins in tele / retail / urgent are much thinner so there has to be a strong business case for interoperability before something gets done. Maybe PCP / health systems could pay Teladoc / Walgreens / big urgent care chain for the integration. Otherwise, these places didn’t take MU money, so they can only be incentivized with the stick when the stick comes down on everybody. (LowlyITworker) 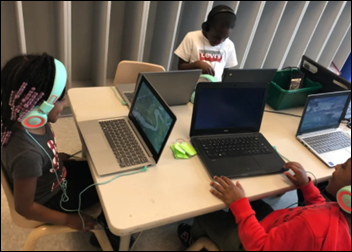 Readers funded the Donors Choose teacher grant request of Ms. C in Washington, DC, who asked for three laptops for her kindergarten class. She reports, “Thank you for helping us with our technology. It really hard to get more tech for our students. This is very helpful and beneficial to my students and me during testing. My students are going to be super excited and these are right on time. We recently had computers that the sound went out on. So having replacements makes it even better. Thank you for being the reason my students smile when opening new laptops.” 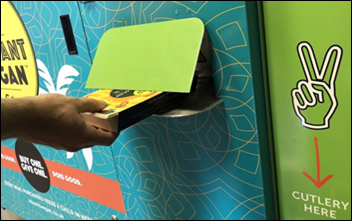 A London hospital installs a vending machine that dispenses vegan meals for employees, the first of 500 such machines that vegan meal subscription company Vibrant Vegan will install in NHS hospitals by 2023. The meals, which cost $6.50, can be microwaved or heated inside the machine in four minutes. 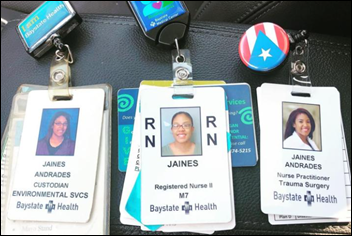 Jaines Andrades started working at Baystate Medical Center in 2010 at 19 as a custodian cleaning the ORs, graduated as a nurse four years later, then became a nurse practitioner in trauma surgery.