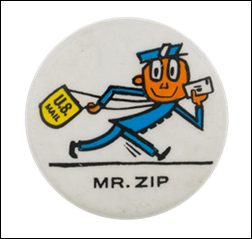 There has been a significant amount of chatter among my friends in the public health community, mostly around how COVID-19 tests are being documented, counted, and tracked. When we deal with other public health scourges such as measles, typically there would only be one positive test per person. With this pandemic, patients may be receiving numerous tests, generating both positive and negative results.

I followed one case where a patient tested negative three times and then positive four times before finally getting the two negative results that were needed for release from quarantine. There are plenty of public health organizations out there that are using lower-tech solutions — including paper, fax, and Excel — as opposed to the sophisticated databases that we all picture.

The issue of multiple tests per person is only one of the issues. Another is understanding which humans have been tested, since patients use a patchwork of identifying information that depends on the circumstance.

Let’s say a patient gets tested at an office that sends the specimen out to a national reference lab and wants the test billed to insurance. It’s likely that patient is going to be registered at the office under the name that is on their insurance card so that the claims get paid. If the patient goes to a drive-through public health clinic that is funded by grants, they might use the name that’s on their driver license, which may not match the one on their insurance card. If they order a kit online, such as those offered by a couple of labs, they might use the name on their credit card if they are paying out of pocket.

Now you have three names, which hopefully are similar, but might not be associated with one date of birth. Less-sophisticated matching algorithms might not identify them as the same person.

The Pew Charitable Trusts sent a letter to the US Congress last week, urging legislators to work with federal agencies such as ONC and the US Postal Service to enhance patient matching. Matching can be improved even with small steps, such as adding more data elements and standardizing those in use. The final ONC interoperability role focused on interoperability for EHRs, but didn’t address the role of other systems, such as those that handle laboratory information. Mandates for all systems to handle this information would be of benefit for data sharing.

This level of mismatch isn’t new. These are the same kinds of issues that EHR users have been having for years. We have been mandated to do various things that other parts of the industry are not. This has created all kinds of confusion in prescribing workflows and delays in patient safety efforts, as rule makers mandated actions for providers that receiving systems were unable or unready to process.

Standardizing existing data elements, such as phone numbers and addresses, would also be a benefit. According to a 2019 study in the Journal of the American Medical Informatics Association, patient matching could be increased by 3% with the addition of address formatting that is consistent with that used by the US Postal Service. The use of the USPS formatting is complicated by the fact that USPS doesn’t share its address standardization web tools with healthcare providers – they are reserved for exclusive use in shipping and mailing efforts. Congress would need to address this and expand the use of the tools to healthcare. 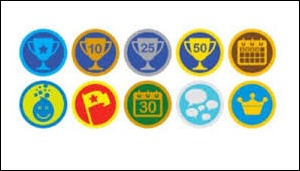 I’m always interested in solutions that promote desired health behaviors or encourage patients to receive recommended services. I wasn’t initially sure what to think of a recent article in JAMA Network Open that looked at participation in an end-of-life conversation game and its association with advance care planning. The study participants included nearly 400 underserved African American patients who participated in a game that was designed to help overcome reluctance to discuss death and dying. Researchers found that a positive association with care planning behavior among patients who participated in games at community events.

My initial skepticism at the idea of a game around death and dying was overcome by their results. The intervention was low cost and delivered by community organizations rather than health professionals. There are significant disparities among end-of-life care and I’m a huge proponent of access to a “good death,” so I hope these results can be replicated on a larger scale. 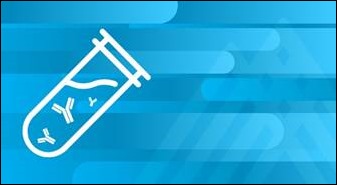 I picked up an urgent care shift this week and it was an absolute circus. The site was offering coronavirus antibody testing and the community came out in force to have their blood drawn. It was almost more exhausting than flu season, since every visit involved a fairly extensive discussion about what the results might mean, whether they were positive or negative.

The majority of patients were under the impression that a positive antibody test is akin to an immunity passport that allows them to run out and see their grandkids or have a bunch of people over. A couple of people wanted to have the test to know if they could donate convalescent plasma, and were saddened to learn that in our area, they can only donate if they had a positive COVID-19 test while they were sick rather than just having the antibody. One patient wanted to know whether the intravenous vitamin C he received from a mobile infusion center would be protective, and wasn’t too receptive of my explanation that we have no data on that treatment for this disease.

The best patient of the day was a retired general surgeon, who responded to my introduction by taking my hand firmly, staring deeply into my eyes, and asking, “How ARE you? How are you holding up in all this?” He was genuine and his compassion was palpable. I spent a few extra minutes with him and learned that he had previously been a residency program director, but retired “when selecting residents became all about the test scores and not about whether they were a good person or whether they could walk and chew gum at the same time.” I’m sure he could tell that I was just about laughing behind my mask. He was reading the latest issue of JAMA, and not surprisingly, had his surgical mask tied in precise knots behind his head.

It’s always great to see a patient like that, even in the midst of a wild and crazy day. It certainly recharges your clinical batteries. I’m not sure when I’ll work again, but it’s a nice memory and I can hope our paths cross again.

What has your bright spot been amid all the coronavirus chaos? Leave a comment or email me.