I don’t ordinarily post news on Wednesdays dated tomorrow, but HIMSS20 interest is high and I sense that readers are looking to stay connected. I’ll cover just a few miscellaneous items today and do a full news post on Thursday as usual.

From Need to Stay Anonymous: “Re: HIMSS20. HIMSS asked our national, well-known company not to publicize or reveal that we aren’t going to HIMSS20, but rather to say that ‘we are participating at a reduced level’ if asked and without making any public statements. The concern is the optics – HIMSS can’t cancel because this is their main (almost only) revenue stream and having ONC and President Trump means the HHS people are forced to attend. The organizations I know will set up their booths, let them be empty, and attend only the panels where they are presenting and then leave.” Unverified.

From HISJunkie: “Re: HIMSS20. Could this be the beginning of the end for HIMSS? When all those companies that canceled look back in 10 months and see that not attending had little or no impact on real sales, why sign up for 2021?” Emails I’ve had with a few companies indicate that they aren’t pulling out only because they are afraid their competitors won’t and thus will gain competitive advantage. I don’t know if that competitive pressure to have a bigger booth, louder parties, and in-booth celebrities will carry over to HIMSS21 following a muted HIMSS20. Either way, I feel sorry for the HIMSS folks on the ground in Orlando who are dealing with day-to-day coronavirus updates, complaints from people who want the conference postponed or cancelled, setting up in-venue screening stations and clinics, and working through the security implications of having a sitting President kick off the conference. A HIMSS conference always requires a ton of work starting months or years in advance, but imagine this year with the added uncertainty of whether it will go on (which seems set in stone at this point) and the financial impact if it doesn’t.

From Not the Black Plague Yet!: “Re: HIMSS20. Rumors abound that payers are cancelling. If Big Tech and Big Insurance aren’t going and pressure is on Big Delivery to not go, then I think HIMSS is being disingenuous to small and mid-market vendors if their customers and prospects won’t be there. Cancelling or postponing is the right thing to do.” I don’t think HIMSS will cancel at this point barring some state or federal mandate, but they will still be left dealing with high-paying exhibitors who may not be happy with their ROI if attendance is off, exuberance is tempered by on-site health precautions, or attentions are distracted with new interoperability regs and worries about hospital employers and family back home. But I don’t think that preventing exhibitor disappointment should be the go-no go driver.

From Ponzu: “Re: HIMSS20. This is a needed call to take it virtual – it would be less cost and less time away from work for attendees, lowered carbon emissions, and of course infection related concerns would disappear.” The challenge is the bottom line of HIMSS since virtual conferences are hard to monetize. HIMSS tried virtual conferences a few years ago in a weird Second Life sort of way and they flopped. A conference without a cash register-ringing exhibit hall and in-person networking is really just a bunch of webinars that draws much less interest and money. People say they attend HIMSS for education, but even the in-person version would die out if it weren’t for parties, the exhibit hall boat show, and the chance to run around with colleagues and job-hunt at employer expense. The idea of a virtual conference is commendable, but not realistic under the HIMSS business model. And let’s not minimize that threat to HIMSS – if you like what HIMSS does in general, realize that its ability to continue doing so is highly dependent on offering a financially successful annual conference.

From USS MDRX: “Re: Allscripts. Stock hit a 10-year low today. How does the board allow this management team to remain in place when Cerner recently hit an all-time high?” MDRX shares closed down 8% Tuesday after the company reported losing $182 million on the year, flipped from black to red for the quarter, and announced significant inpatient attrition. They’re down 32% in the past year vs. the Nasdaq’s 15% gain and Cerner’s 28% increase. Ten-year performance finds that both the Nasdaq index and CERN shares gained around 250%, while MDRX was down 64%. The market cap of Allscripts is $1.2 billion.

From Chaminade: “Re: HIMSS20. Are you still going?” I’m still going. I see little health risk, although if HIStalk suddenly goes dark because I’ve become a COVID-19 fatality, then I hereby grant permission to make fun of my poor choice. My biggest worry is that everyone will be preoccupied and morose to the point that the conference won’t deliver even the modest benefits we usually see, although I will have plenty to observe and write about for those who are left home. I’m on text at 615.433.5294. I might need to find a Freddy Krueger glove or tie one hand behind my back to override my handshaking reflex. 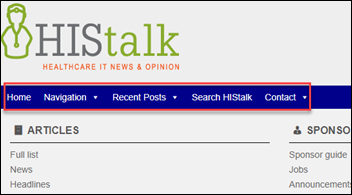 I enhanced the menu system at the top of the HIStalk page with a more user-friendly floating version. This will allow me to reduce some of the sidebar items. 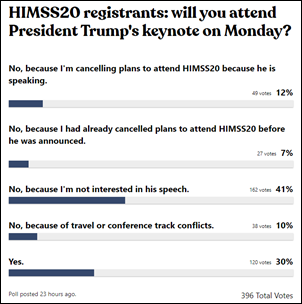 My unscientific, unvetted snap poll that was targeted at HIMSS20 registrants finds that 30% plan to attend the President’s opening keynote on Monday. An interesting 7% say they had already cancelled their attendance plan even before his speaking slot was announced, while 12% say they won’t attend the conference because he is speaking. I’m in the 10% category of not arriving in time to be there, especially given the resulting likely delays in local travel and convention center security. 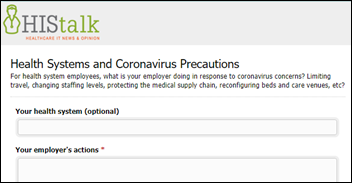 Snap survey for health system employees: what is your employer doing in response to coronavirus concerns? IT-specific actions are especially welcome.

Lorre will be untethered from a HIMSS20 booth for the first time in years, so she is willing to drop by the booths of prospective HIStalk sponsors for a quick chat. Contact her to make arrangements. She is thrilled to be able to eat lunch and take bathroom breaks that aren’t dependent on finding visitors who are willing to cover our booth. 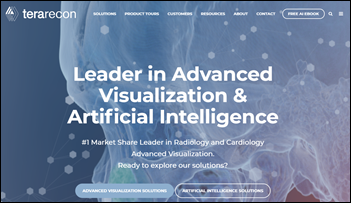 I received these unverified reader reports about HIMSS20 attendance: 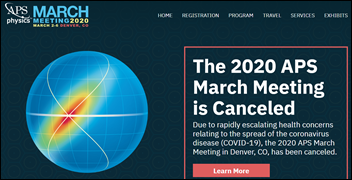 Interesting: the American Physical Society physics group cancelled its 10,000-attendee annual conference the day before it was set to begin in Denver this past Monday. I can’t imagine traveling there and then scrambling to find early flights back home. It’s different than HIMSS, though, in that many of its attendees are coming from outside the US, including CDC Level 3 warning countries.

HIMSS20 gets a mention in a New York Times article titled “What Happens in Vegas if No One Stays in Vegas?” Conferences drive one-third of the revenue of hotel chains that now have uncertain futures. A tech conference scheduled for next week in San Jose, CA will bar residents and recent visitors of China, South Korea, Italy, and Japan and requires attendees to bring passports that will be checked for recent travel. They will check attendee temperatures via “passive scanning,” have banned handshakes, and mandate that each attendee wash their hands before each session, apologizing in advance for the lines that will result. Analysts say Las Vegas is particularly at risk for conference-related business downturn.

I’m wondering about the “passive temperature screening” that this conference will use and wondering if HIMSS will roll it out. It has a lot of false positives and negatives from what I’ve read, but high readings just mean someone will be pulled aside for a manual temperature check. The real fun begins if your temperature is elevated there as well, when I assume you would be escorted off to an onsite clinic and maybe quarantined. 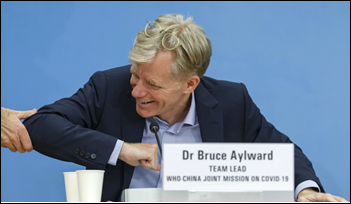 I missed that Atrium Health made an official announcement recently about its move to Epic. Its Navicent Health locations in Georgia will go live in 2021 and other locations through 2023.