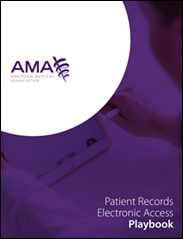 From Concerned Vendor: “Re: HIMSS20. Companies across the globe are pulling out of industry conferences. The vendor and provider community needs to put pressure on the HIMSS organizers to cancel or at least postpone HIMSS20.” I don’t think that cancelling HIMSS20 two weeks out is logical, from either a public health or a business point of view. I’ll defer to epidemiologic experts, but avoiding public gatherings and using US border security as a protective moat probably won’t help much (HIMSS says less than 1% of registrants are from countries that are under a travel ban). It’s late in the game to consider cancelling or rescheduling when it’s a domestic trip for the majority of attendees and the odds of problems are low. The conference is the primary money generator for HIMSS; people have already paid for hotel rooms, flights, and other non-refundable travel items; and conferences stay on schedule during much deadlier epidemics, such as the flu. There’s no way HIMSS20 could simply be rescheduled given the years of planning required. HIMSS should:

Meanwhile, feel free to cast unpleasant looks at anyone who sneezes or coughs without covering – droplet exposure is the biggest risk. Skip the theme parks if you have global paranoia. The latest sitreps show that we’ve had only a few dozen COVID-19 cases in the US, nearly all of those being returnees from Diamond Princess or recent trips to China, and nobody has died. Meanwhile, the media-unsexy plain old flu has this season caused 29 million US illness episodes, 280,000 hospitalizations, 16,000 deaths, and zero calls to cancel HIMSS20. Perhaps a measured, long-term approach would be to question whether the cost, effort, and carbon footprint involved in dragging people to a specific building to talk about technology (such as remote visits and online digital services, ironically) are worth it even without outbreak threats. 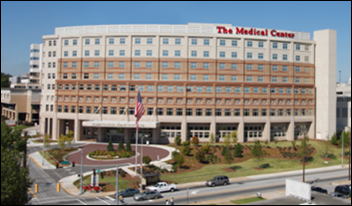 From Illuminati: “Re: Atrium Health. All of Atrium’s primary enterprise (Carolina Medical Center and most of Atrium-owned facilities) have been using Cerner Millennium EMR for years and added Epic revenue cycle about four years ago. That last piece, allowing Atrium to use revenue cycle without Epic clinicals, is unique. It allowed Atrium to buy licenses to all Epic products, implement the full suite in some managed facilities, and then offer it to Navicent. It was also attractive to the full primary enterprise. It’s a big loss for Cerner, but it took a few years and Epic was already more widely deployed on the acute care side than Cerner.”

A reader who is a physician, researcher, and professor got last-minute approval to attend the upcoming HIMSS conference as a first-timer. She messaged me for any tips I might have. Your assignment is twofold: (a) send me useful, lesser-known tips — we all know to wear comfortable shoes – of the type that clickbait sites might refer to as “hacks,” especially anything that is pertinent to her specific background; and (b) let me know if you want to extend an invitation to her for whatever velvet ropes you control, be they social or educational, that would enrich her experience. I’ll write up the tips I receive plus my own in the next day or two. I admit that my ego soared in an impostor syndrome kind of way when I saw her wealth of clinical credentials on LinkedIn along with her being in the HIStalk Fan Club group that reader Dann set up forever ago (and noticing that the group has 3,700 members).

Give me some advice here. A reader alerted me to a potential conflict of interest with large, state-funded RFP in which Epic consultants are to be engaged. The health system hired Vendor A in an advisory role to manage the selection, and quite a few of Vendor A’s people were involved in various committees and oversight groups. Some of Vendor A’s employees are actually 1099 contractors who work for other companies that are bidding for the Epic work. Neither Vendor A nor the health system’s compliance department have responded to my inquiries, but my question is this – what line would you draw in describing a situation like this as either unethical or illegal versus just how business works when taxpayer money is involved? I assume (maybe incorrectly) that Vendor A doesn’t have people on the selection team and won’t be allowed to bid on the services work, but is sending the employees of bidding companies on site while wearing Vendor A badges unusual? I’ve seen the bidder list and quite a few companies have a vested interest in the outcome.

Bloomberg Businessweek visits a Walmart Health center in Georgia, which offers a $30 medical checkup, $25 teeth cleaning, and $1 per minute psychological counseling, with prices clearly displayed in the 12-room, 6,500 square foot facility that has its own entrance. Walmart changed direction after opening just 19 Care Clinic urgent care centers because they provide little value, especially for chronic conditions. It accepts insurance, but patients often save money by paying cash given high deductibles and co-pays. Beyond medical, dental, and eye care, the center also performs X-rays, hearing checks, and lab tests. Walmart says patient volume is running above expectations and that it has lowered costs by 40% by reducing “all that administrative baloney,” with one of its doctors saying that paperwork takes her 25% less time than in hospitals.

Nuance announces GA of Dragon Ambient Experience (DAX), its “exam room of the future” where “clinical documentation writes itself.” Dig deeper by reading my interview with Nuance CTO Joe Petro a few weeks back, including the interesting tidbit – the company got the idea 5-6 years ago from Epic President Carl Dvorak, who “floated the notion of a room being able to listen.” 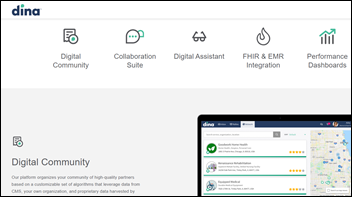 Prepared Health renames itself to Dina, the name it previously used for its digital assistant that analyzes patient assessments from home and makes evidence-based recommendations. The company is a first-time exhibitor at HIMSS20 and will co-present with Jefferson Health. I interviewed CEO Ashish Shah — who worked a long time at Medicity before co-founding what is now Dina in 2015 —  last year about the concept of “healthcare with no address.”

Medhost adds COVID-19 screening tools to its systems, including travel-related screening questions in its Enterprise EHR and EDIS.

Waystar launches Hubble, an AI and robotic process automation platform that will reduce the labor required for revenue cycle management. It is being used in 10 of its RCM solutions so far. 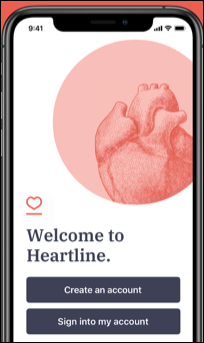 Apple and drug company Johnson & Johnson launch a study to see if people on Medicare who use the Apple Watch have a lower risk of stroke via early detection of atrial fibrillation. It’s a two-year study, so expect the same lack of conclusive results that have plagued similar studies because their study group wasn’t representative and dropout rates were high, not to mention that Android phone users are excluded even though they outnumber the IPhone crowd. 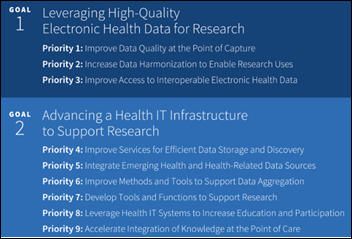 ONC publishes its health IT priorities for research (full report).

CBS runs a flattering, consumer-oriented review of “Epic, the software company that’s changed the sharing of medical records (including, probably, yours.” They got nice shots from a campus visit, interviews and demos from staff, and a rare on-camera extended interview with the “76-year-old genius behind Epic” Judy Faulkner, who “built this curious place in her own curious image.” It’s a decent overview, Judy came across well, and the look back at the era of paper records flying around a hospital via pneumatic tube is fun. Judy also mentioned the “Hey, Epic” voice assistant that the company is developing. 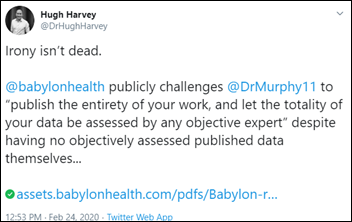 A Twitter war erupts between UK healthcare chatbot and doctor referral vendor Babylon Health and user @DrMurphy11 (oncologist David Watkins, MBBS), who called out problems with its symptom checker that offers advice for chest pain and other conditions. Babylon Health, which was founded by an investment banker, says its “anonymous detractor” (who has since revealed himself) found just 20 serious errors in 2,400 tests in “trying to trick our AI.” Interestingly, the company footnoted its document with its standard warning that “Our AI tools provide information only and do not provide a medical diagnosis, nor are they a substitute for a doctor.” The company has apparently expanded to the US. 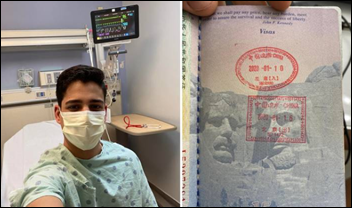 Healthcare in America. A Miami guy fresh off a China work trip develops flu-like symptoms and heads to the hospital ED. He asks them to run a flu test first since he had purchased non-ACA (aka “junk”) insurance as allowed by White House policy changes and didn’t want to run up extra charges. The blood draw and nasal swab proved that he had the plain old flu. He then received a bill for $1,400 from his insurance company, which discounted the hospital’s charge of $3,270 on the condition that he provide three years’ worth of medical records to prove that his flu wasn’t a pre-existing condition. Meanwhile, the hospital says more bills are headed his way but couldn’t explain when or for what (like $3,270 wasn’t enough for a couple of low-cost items). The big finish is this – he works for a medical device company that doesn’t offer its health insurance to its employees.

At CloudWave, we’re on your team. It’s your mission to provide the technology and tools your caregivers need to delivery quality care. That’s our mission, too. CloudWave helps hospitals bring public, private, and cloud edge resources together into a single operating environment with hosting, disaster recovery, security, backup, and archiving services. Let us help you fulfill the promise technology makes to healthcare – by enabling and empowering the delivery of care to your community. (Sponsor Spotlight is free for HIStalk Platinum sponsors).