AdventHealth – the  Florida-based health system that was renamed a year ago from Adventist Health System – will replace Cerner with Epic.

An anonymous AdventHealth employee says the health system was discouraged by the work that would be needed to address Cerner’s ambulatory and revenue cycle shortcomings. That person also said that consolidating AdventHealth’s three prod domains to one – those systems can’t communicate with each other now – would cost nearly as much as buying Epic, which its physicians wanted.

Another anonymous AdventHealth employee had predicted the switch two months ago, saying that the health system was frustrated with Cerner’s revenue cycle offerings, its lack of integration with its ambulatory system, and the redirection of the company’s focus to its DoD and VA work.

AdventHealth also uses Athenahealth and several other EHRs that will be replaced by Epic.

The three-year project will begin within the next two weeks.

AdventHealth is among the country’s largest non-profit health systems. It operates 67 hospital and ED locations, generates nearly $20 billion in annual revenue, and employs 83,000. It is not related to California-based Adventist Health, which recently terminated its Cerner revenue cycle outsourcing contract.

From Newser Nabob: “Re: AdventHealth. Why was it breaking news that it will move from Cerner to Epic?” It’s important when one of the country’s largest health system decides to spend billions to switch EHRs, especially if you are one of 125,000 people who work for Cerner, Epic, or AdventHealth; if you own CERN shares; or if your company does business with AdventHealth or might get the opportunity to do so with a vendor change. It would be equally newsworthy if a similarly sized organization announced plans to move from Epic to Cerner.

From Rolling On: “Re: Advocate Aurora Health. Massive Epic go-lives, with 15 hospitals last weekend in Wisconsin and the central lab that performs 15 million tests annually going up on Beaker. This weekend, three hospitals including Advocate Children’s that total 1,000 beds on all modules. No issues.” 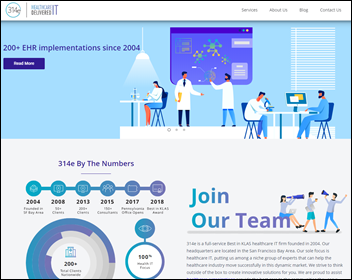 McKesson begins the process of selling its majority stake in Change Healthcare, offering MCK shareholders the chance to exchange their shares for discounted shares in SpinCo, the subsidiary that holds its Change Healthcare ownership.

Medicomp adds clinical content and updates its clinical AI engine to include terms and mappings to support the documentation, reporting, and treatment of the 2019-NCov coronavirus strain. 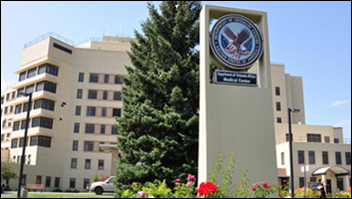 The VA pushes back its scheduled March 28 Cerner go-live at Mann-Grandstaff VA Medical Center (WA) until at least the end of April. Schedule user training has been cancelled as the implementation team continues work on integration with other VA systems. Meanwhile, the VA requests $2.6 billion in 2021 to continue the rollout.

CNBC reports that Google Health has grown to more than 500 employees who work from its Palo Alto, CA office under VP David Feinberg, MD, MBA.

Interesting: the insurer for Utah’s state employees is paying for flights to Mexico for a test group of 10 people who get their prescriptions filled there. The state saves 50% of the $62,000 annual cost of arthritis drug Enbrel for a single patient, even after paying for airfare. Patients must take four trips per year because federal drug importation law allows them to bring back just a 90-day personal supply.

PatientKeeper’s EHR optimization software solutions streamline physician workflow, improve care team collaboration, and fill functional gaps in existing hospital EHR systems. With PatientKeeper as the “system of engagement” complementing the EHR system of record, physicians can easily access and act on all their patient information from PCs, smartphones and tablets, improving physician satisfaction, efficiency, and patient care. PatientKeeper is used by more than 70,000 physicians at hospitals and health systems across North America. (Sponsor Spotlight is free for HIStalk Platinum sponsors).