CNBC’s Chrissy Farr looks at doctors who join digital health companies but then clash with the development side of the house.

Those involved say that doctors are accustomed to making decisions solo rather than being the “token hire” who is expected to rubber stamp developer decisions. They are sometimes seen as the unwelcome voice of reality in calling out product or company flaws that impact health, as “first, do no harm” clashes with “move fast and break things.”

A diagnostics company CEO “flipped out” when a newly hired doctor questioned the clinical and business wisdom of using staffing company doctors to write testing prescriptions without reviewing patients thoroughly.

Developers complain about the black-and-white opinions of doctors who are not used to being challenged, while doctors bristle at the Silicon Valley emphasis on “obsessively delighting” users that doesn’t make sense in medical situations. 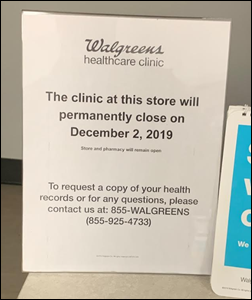 From Jagged Little Pill: “Re: Walgreens. Wasted no time after the story you reported on October 30 about closing many of their owned clinics. It’s curious they didn’t wait until after the holiday rush, when it’s nearly impossible to get into your primary care office. I imagine that the nurse practitioners are running to new jobs as fast as they can.” Retail clinics were the hottest thing going not long ago, and it seemed like a great fit for Walgreens to boost its “health hub” concept by offering medical services. The lesson to learn is that publicly traded companies veer in reactionary fashion from one strategy to the next in a desperate search for quarterly earnings, which are hard for huge companies to find, and Walgreens is considering going private and thus needs to preen its financials to chum the private equity sharks. In the mean time, Walgreens seems happy to lease its back-of-store real estate pop-up style to third-party clinic operators and UnitedHealth Group insurance sales centers while also opening Jenny Craig weight loss centers. Remember, too, that this was the company that jumped with zero due diligence into an ultimately embarrassing Theranos partnership that also vacated its drugstore premises. WBA shares are down 30% in the past year and 13% in the past five. 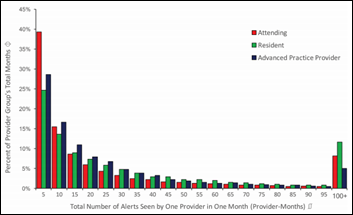 From Holiday Journal Time: “Re: hospital EHR alerts. It’s hard for clinicians to argue that alerts are a huge burden when they spend less than one minute per month on them.” Researchers look at how much time Duke University Health System providers spend dealing with the 75 most common interruptive alerts generated by Epic that represent 95% of the alert total, calculating the on-screen time between alert presentation and dismissal (“dwell time.”) Most alerts were closed within three seconds and providers spent just one minute per month dealing with them, leading the authors to postulate that it’s the interruption that alerts create — rather than the time required to manage them — that contributes to burnout. However, the authors excluded drug-drug and drug-duplicate alerts, which are the most common, because they weren’t able to calculate times. It should also be noted that quickly dismissed alerts aren’t necessarily a good thing – it’s likely that users are just reflexively clicking to get rid of the majority of them that are not helpful while missing the critical ones. I also note the financial success of co-author UCSF Department of Medicine chair Bob Wachter, MD,  whose conflict of interest statement in the article includes book royalties, compensation and stock options for serving on the boards or advisory boards of several companies, a royalty stake in one company, and a consulting arrangement with a startup that pays cash and stock. 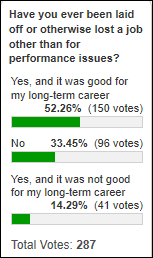 Two-thirds of poll respondents have had their employment forcibly cancelled, but 61% of them said that their long-term career benefited as a result. HappyCIO lost their executive position in a purge, but used the opportunity to relocate for a move up that had been stymied by excessive contentment. An unexpected layoff three years ago forced nurse informaticist Quilmes Boy to rebuild his resume and rush into ill-suited jobs that weren’t good fits, but he’s happy in a new job now even though it pays less. Michael’s pharma employer was set to lay him off after taking paternity leave but instead transferred a co-worker, but he’s sorry he stuck around given the obvious writing on the wall. Marshall was RIF’ed by new vendors at 55 years of age because he was above an arbitrary Excel-sorted salary row, but he used his contacts and knowledge to recover in a different role. Charles took a common path – his vendor employer laid him off, but he took job in a hospital’s IT department.

New poll to your right or here: Does a patient own the data that a provider has recorded about them? TH made a good devil’s advocate argument last week – it’s true across all industries that you don’t own data that’s about you, and without the interpretation and validation of the provider who captured and recorded it, it’s not worth much (try selling a drug company a worksheet containing a list of your prescriptions and your blood pressure reading history). An extension of that argument might be that if the patient owns it, why can’t they insist that the provider change or delete it? Is having a right to obtain your data necessarily synonymous with owning that data? Is it different than credit scoring companies that know nearly everything about every American and make fortunes selling their most private information freely, giving the subject of that information little control or recourse? 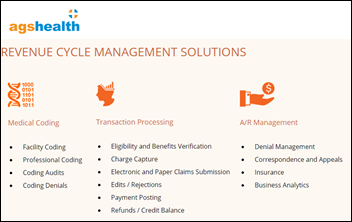 Welcome to new HIStalk Platinum Sponsor AGS Health. The revenue cycle management and business process outsourcing company provides billing, coding, analytics, and data integration solutions to healthcare providers all over the US, with $35 billion in annual managed receivables and 24 million charts coded by 6,000 degreed, certified specialists each year. A large academic medical center decreased its denials inventory by 72% by implementing 70 AGS-recommended front-end coding fixes while saving 40% of its outsourcing coding denial management costs, while another major organization decreased its A/R days by 10% and resolved 85% of aged receivables within six months of working with the company. The company recently named industry long-timer Patrice Wolfe (Medicity) as CEO. Thanks to AGS Health for supporting HIStalk.

I’m struggling to comprehend while still working down the Thanksgiving leftovers that it’s just over three weeks until Christmas and just 98 days until HIMSS20 kick offs.

Speaking of holidays and HIMSS, it’s that slow time of year in which Lorre can work more closely with prospective HIStalk sponsors than in the crazy January and February that follows, when every company is trying to make themselves heard above the vendor din. I suggested she offer inducements of the wacky variety – (a) giving new sponsors an hour or two of Smokin’ Doc standee time in their HIMSS booth for the surprising number of people who want selfies; and (b) providing extra hand-holding for those 10×10 booth-dwellers who, like us in previous years, are questioning the value of their significant investment for the other 362 days of the year.

Consumer Reports observes that the list price for arthritis drug Humira has jumped 78% in five years, but most of the increase went to the pharmacy benefit manager middlemen (CVS Caremark, Express Scripts, and OptumRx) that took a bigger cut of its $5,174 per month list price. AbbVie generates $20 billion per year in Humira sales, but PBMs are pocketing 40% of its 2019 cost.

Analytics technology vendor SymphonyCare hires Brad Case (Estrella Health) as chief strategy officer. He was previously chief development officer for predecessor company Symphony Corporation, which was sold to Influence Health in 2013 and then re-acquired by SymphonyCare’s founder and former CEO Ravi Kalla in 2017.

Great Plains Health (NE) is taken offline in a ransomware attack, leading it to cancel non-emergency appointments and procedures.

In Australia, an auditor’s report warns that Queensland Health’s decision to push back replacement of its 30-year-old corporate information system – following allegations of conflict of interest within the replacement team — places it at risk since the system hasn’t been vendor supported since 2015. The system was provided by Australia-based ISoft, which sold itself in IBA in 2007 following a newspaper’s disclosure of financial irregularities. A replacement will cost Queensland Health at least $150 million.

Politico reports that the Department of Homeland Security’s inadequate software and sloppy paper record-keeping has caused treatment delays and lapses of care for migrants in its custody. Immigrations and Customs Enforcement announced plans to implement EClinicalWorks in 2014, but advocates complain that ICE’s information isn’t shared with other government agencies and medical providers. 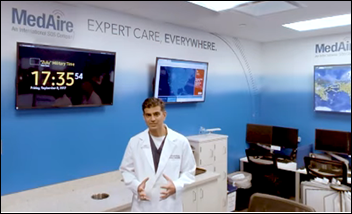 A travel website author visits Arizona-based MedAire, which provides ground-to-sky advice for airline crews who are attending to distressed passengers. It notes that unlike what you see in movies, airlines don’t usually ask whether there’s a doctor on board, preferring to deal with a known factor rather than checking passenger medical credentials or distressing travelers with a public announcement. 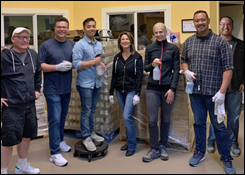