From Daddy Shark: “Re: health system CIOs. We just had a deal killed off by an overly aggressive CIO who I think just wanted to flex their power over the medical staff.” Here’s why CIOs and IT governance committees reject user requests for new software, just like parents often say “no new puppy” to their pleading / demanding children even if they promise to take care of it: 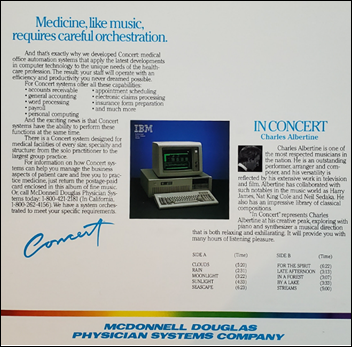 From Bob: “Re: old LP album. Found this in my mom’s collection. Health IT vendors used to commission albums of smooth background piano music.” Wow, that’s cool. The 1985 album, distributed by then-health IT vendor McDonnell Douglas Physician Systems Company, features space pop composer and pianist Charles Albertine, who died the following year at 57. Copies are available on Amazon and Ebay, but you can stream the whole thing on YouTube. It’s pretty good for what it is.

From Impending Doom: “Re: racial bias in AI. How is that even possible?” It’s the data or the process used to interpret it that is biased. AI simply creates a model that describes the data humans give it, so any bias that is implicit in the data or the process that created it will be faithfully replicated by AI. It’s the job of humans to fully understand the characteristics and limitations of available data before applying AI inappropriately. It’s also the job of AI scientists to watch for bias and to understand how the machine has reached its conclusions, which isn’t easy given the “impenetrable black box” nature of some AI / ML projects, especially the proprietary ones. I hope the technology companies that are pushing AI realize that their clinically focused products won’t get much traction unless they are willing and able to articulate how their algorithm works under the covers, since those who are using it are placing their professional licenses at risk.

From Racing for the Cure: “Re: breast cancer awareness. Lots of pink this time of year.” Working for health systems has jaded me to the gulf between individual human empathy and the corporate interests embedded within every aspect of healthcare, but I’ll at least acknowledge that good people are trying to show their support while having fun. Still, I can’t forget that a lot of companies and people wouldn’t be wallowing in cash if it weren’t for exceptionalistic Americans who think we just need to fight harder and give big corporations more money so we can rule the world and triumph over our own mortality.

Poll respondents place KLAS just head of “none of the above” for offering the most meaningful industry award. Next was the HIMSS Davies Award and it got ugly fast, with the HIT 100 (I don’t recall exactly what that is since I copied it over from a years-ago poll I ran) finishing dead last at 0.65%. The list was little changed from mid-2017, including the same top two finishers and the same last-placer.

New poll to your right or here: what are your HIMSS20 plans? I run this every year right about now, trying to get a general handle on how conference attendance is looking. 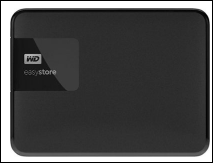 I finally decided to do something about the drawer full of memory cards that span many years and digital cameras. Solution: a 2-terabyte, USB 3.0 Western Digital Easystore portable hard drive that is nearly as fast as a flash drive and requires only the USB connection with no power cord. I just plugged it in and started copying 25,000 photos from an old Windows 8 laptop that was the temporary home of a bunch of these cards from a similar project that I abandoned previously. I hadn’t done the space calculation in my head, so I was surprised that the space consumed was barely a blip of the 2 terabytes. The next step is to move photos into individual folders for each month and year and then copy over the individual memory cards as I try to decide how to handle duplicate files, which with this much cheap storage may mean that I don’t even try to de-duplicate. I paid $59.99 on sale and shipping was free. The drive includes some seemingly well-designed backup software that I don’t need. The old memory cards will provide a backup since their capacity and speed make them obsolete.

I notice that NantHealth shares are trading at $0.75, down an eye-popping 96% since the company’s splashy mid-2016 IPO and valuing the company at just $83 million. Related company NantKwest shares are at $1.19, down 97% from their IPO-day spike in July 2015. I also noticed that NantHealth’s 10-member executive team is all male except for the VP of human resources, while six of seven executives of NantKwest are male.

CNBC profiles Heal, which offers on-demand doctor house calls for $159 in nine cities. The company has raised $75 million from backers that include former Florida Governor Jeb Bush and singer Lionel Richie. I’m always fascinated by companies that pay professionals X but bill them out at multiples of X while adding what seems like minimal value.

A hospital in China goes live on blockchain-powered patient billing, in which patients can pay their QR-coded bill using the WeChat app. 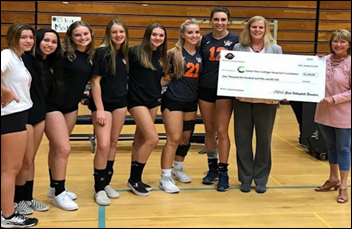 This is depressing. A high school volleyball team’s bake sale raises $1,650 to help Santa Ynez Valley Cottage Hospital (CA) buy a 3D mammography system. Clinical benefit to patients is questionable, but the financial benefit to the hospital is a sure thing. Also depressing is that according to tax filings, the donation would cover about three hours of pay for Cottage Health’s CEO. I wonder how many parents of these kids could afford a visit to the hospital’s ED with a volleyball-caused sprain?