Hong Kong-based Baring Private Equity Asia will acquire CitiusTech in a deal that values the healthcare consulting and technology company at $1 billion.

CitiusTech executives Rizwan Koita and Jagdish Moorjani, along with employees, own the remainder of the company.

The transaction represents the largest involving an India-based health IT company.

From Unflagging Optimist: “Re: American healthcare as a business. Convince me in 10 words or fewer that it will be worse for me personally in my final days.” Here you go: “Venture capitalists own nursing homes, hospices, and funeral homes.” Imagine Gordon Gekko and those he hires attending to you in your moment of need, vulnerability, and inevitable departure from this mortal coil. I worked for a thankfully short time as a department head of an investor-owned, for-profit hospital chain and I can assure you that our motivation had little to do with patients or families. The interesting conundrum is that we’re all patients, just not simultaneously, so you would think we would demand a better system knowing that we and our families will eventually depend on it. Actually maybe I just answered my own cynicism – what we demand is two healthcare systems, one for those who have no financial recourse and a more exclusive one for those who can afford it. I’m pretty sure health system executives follow a different track than the unwashed masses when they are seen as patients in their own organizations (or use their financial clout to go somewhere better).

Health Catalyst is the IPO stock favored by 42% of poll respondents, beating out Livongo.

New poll to your right or here: what’s better about your life now compared to five years ago?

I’ve been enjoying Pluto TV on the Roku without noticing that it has an app – you can stream 100 live TV channels as well as on-demand moves and series for free and without even signing up first. Example: I’ve recently watched Joel-era episodes of “Mystery Science Theater 3000” (which has its own channel), a Pink Panther movie, live network news, and “No Reservations.” It’s funny how watching live TV rather than choosing on-demand streaming content in solitude has become an exercise in nostalgia, having something to do with the shared experience that went away when newspapers, network TV, and radio stations fell victim to more self-indulgent and asynchronous forms of mindless entertainment that we seek to fill our apparently unlimited leisure hours. Check it out soon because Viacom bought the channel for $340 million this past March, so I’m sure they will do what big acquirers do – screw up what made it interesting in the first place.

Shares of drug companies, dialysis chains, and pharmacy benefit management owners surged this week after three White House plans to lower prices stumbled. A judge ruled that the White House does not have the authority to force drug companies to disclose prices in commercials, the President announced his intention to reduce dialysis cost while including no specifics, and the White House’s plan to eliminate drug rebates was scrapped over fears that prices would rise at least temporarily in an election year. 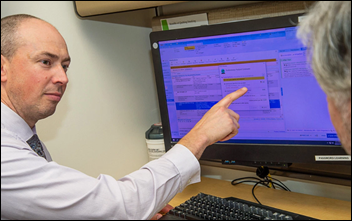 Kaiser Health News covers EHR-integrated prescription pricing tools, noting that while they can help patients save a lot of money and thus improve their medication adherence, few doctors use them and they don’t work for the many patients whose pharmacy benefit management companies decline to participate.

Researchers successfully apply deep learning to patient demographics and clinical notes to predict the mortality of people with dementia so they can be referred to palliative care. 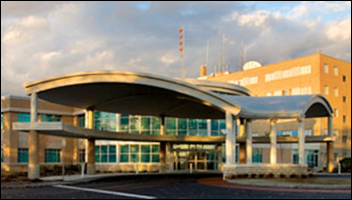 Covenant Health blames its fifth straight money-losing year on a prolonged Epic implementation that decreased hospital and practice productivity by 30%. The New England system, which posted a $61 million operating loss for 2018, is spending $83 million to implement Epic. They must have come up with other excuses for the remainder of the five-year string of losses since (a) they have replaced most of the executive team; and (b) Epic only went live in 2018. 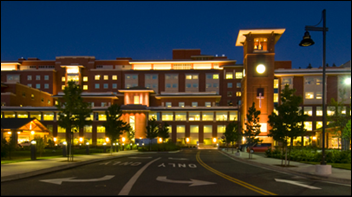 PeaceHealth lays off 50 IT employees as it centralizes tech support following its Epic go-live three years ago.

A Lancet article says the “scarcity loop” – a common belief that society can never deliver or afford enough healthcare services – has encouraged doctors to make “health” synonymous with “consuming more resources.” The authors say this mindset has steered doctors into treating every patient as a simple list of physical complaints in trying to help them live longer instead of supporting their need to lead a more meaningful life. It urges “acts of resistance” in developing relationships with patients, choosing practices in which they make longitudinal rather than transactional commitments, and to stop thinking that people could be healthier if they had unlimited access to medications, surgery, and other interventions. It observes that that people in high-income countries are as consumption-driven in eating and land ownership as they are in healthcare. 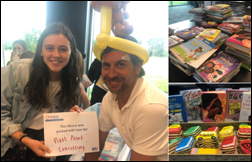