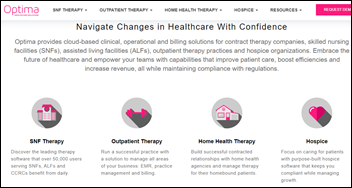 From Rude Buoy: “Re: vendor gag clauses. Here’s an example.This is the most extreme example of a supplier looking to put parameters on impressions I’ve seen in decades as a CIO. Please keep confidential as the agreement is specific to our organization.” The agreement requires the health system to keep its “authorized users” from publishing falsehoods that are damaging to the vendor, which the vendor admits is subjective. The interesting aspects to me are:

From Legal Beagle: “Re: Texas Health Resources. Here’s what its execs told the US Senate under oath.” I remember writing about this when it came up in 2014. The THR ED nurse didn’t ask the Ebola patient about his travel history because that wasn’t part of the ED triage process. The primary nurse saw him an hour later and documented that he had just traveled from Africa, but the nurse didn’t communicate that information verbally to the doctor. Records show that the ED doctor reviewed the patient’s complete EHR record several times, including the location in which the travel history was documented. The patient was new and thus his record contained only the nurse triage and travel history, so it’s not like that information was buried in a big chart. The doctor discharged the patient with a diagnosis of sinusitis and abdominal pain. THR initially claimed in a press release that Epic didn’t automatically display the travel history to the doctor, also explaining that THR’s IT staff “relocated the travel history to a portion of the EHR that is part of both workflows.” Then THR recanted its original claim by admitting that “there was no flaw in the EHR.” My takeaway is that many hospital EDs would have missed the connection between Africa travel and vague Ebola symptoms, but in this case, the story was muddied because of miscommunication or perhaps intentional obfuscation by THR’s clinicians or executives.

UC Health (one of many, in this case Cincinnati) hires Michael Legg (Yale New Haven Health) to the newly created position of VP/chief data and analytics officer. 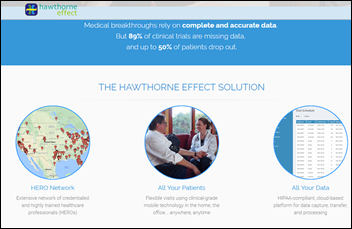 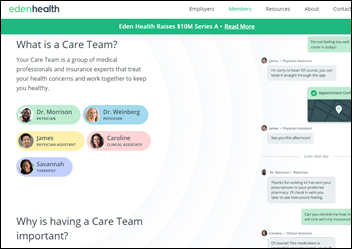 Flexible office space vendor and WeWork competitor Convene will operate primary care clinics in most of its 28 locations, hoping to attract tenants by offering immediate access to health services similar to the onsite clinics offered by big employers. The clinics will be operated by Eden Health. 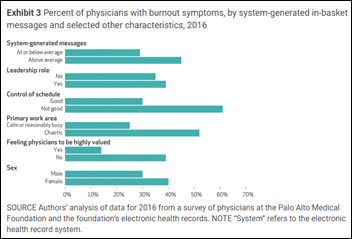 Researchers find that automatically generated EHR messages account for half of the 243 such messages the average doctor receives each week, with far fewer of their incoming messages originating with colleagues and patients. The auto-generated messages involved health maintenance reminders, prior authorization requests, and patient reminders. Researchers also found that doctors who say they are burned out are more likely to be receiving a higher number of automated messages. The study involve one health system using Epic, but that’s not the point – it’s yet another reminder that there’s a cost to “Revenge of the Ancillaries” where the desire of non-doctors to push information in the faces of doctors is allowed with the best of intentions but not necessarily the best of outcomes. A previous study found that PCPs spend 23% of their day managing their EHR inbox. 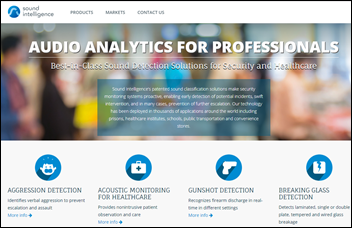 UF Health (FL) adds a gender identity section in its EHR as recommended by a LGBTQ+ employee advisory committee, in which patients will be asked their gender identity and pronouns at registration.

The American Medical Association says the proposed interoperability rules of CMS/ONC “threaten patient privacy” by requiring providers to share their information with third parties that aren’t required to keep it private, potentially creating a market for patient data to be sold. 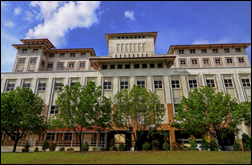 Malaysia’s government hopes to implement EHRs at its 145 hospitals and 1,700 clinics at an estimated cost of $360 million, with an open tender to be posted later this year.

Non-profit NorthBay Healthcare (CA) explains to bondholders that three big insurers have terminated their contracts because “we’ve been able to maintain very lucrative contracts without the competition” in a startling admission that the health system uses its oligopoly power to charge high prices. The health system has increased revenue by 50% in the past five years due to lack of competition, leading experts to conclude that the benefits of price transparency are minimal when consumers have few hospital choices. I didn’t see anything fun in the health system’s tax records other than four of its highest-paid employees are staff nurses who made $400K each. The CIO was paid $500K.

Piedmont Healthcare (GA) will require patients who don’t have insurance, as well as those who have high-deductible plans, to pre-pay 25% of the estimated cost upfront for non-emergency services, explaining that bad debt represents 8% of the health system’s revenue because patients can’t afford to pay their high deductibles.

The city of Lake City, FL fires its IT director after an employee’s opening of a malware-containing email introduced ransomware into the city’s computer systems, after which its insurer agreed to pay the hacker’s demanded $460,000 ransom. The malware was identified as a Triple Threat attack, which runs an email-contained macro that loads several types of malware, after which it notifies the hackers so they can decide if the organization is worth holding for ransom. Another Florida city that experienced a similar attack recently paid a $600,000 ransom, while Baltimore complied with a law enforcement recommendation to refuse to pay a hacker’s demanded $80,000 and is still attempting to recover after spending $18 million. I’m picturing a teen hacker sitting in a coffee shop in Eastern Europe watching their account bump up by an untraceable, untaxable $460,000. 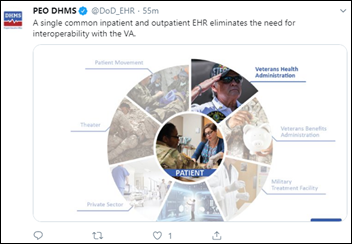 I’m thinking this DoD tweet trivializes the integration challenges ahead even as it uses “interoperability” in a bafflingly wrong way. I’m reminded of the absurdity of Allscripts CEO Glen Tullman proclaiming constantly a few years ago that all of the company’s multi-heritage EHRs were integrated by definition because they all used the Microsoft SQL database.