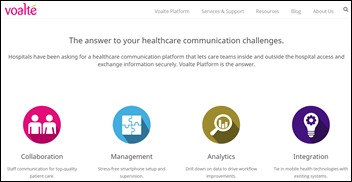 Hill-Rom will acquire mobile clinical communications vendor Voalte for up to $195 million. Hill-Rom hopes to enhance its point-of-care delivery of actionable insights and to drive its growth and margin.

Voalte’s annual revenue is $40 million. It has 200 healthcare customers. 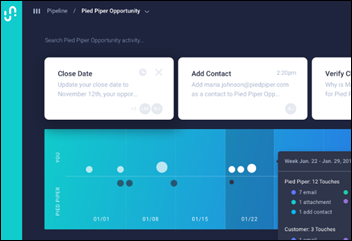 From Boston Beanboy: “Re: Salesforce. You might enjoy this article – replace ‘Salesforce’ with any EHR vendor’s name and ‘sales rep’ with ‘clinician.’ It’s the same story.” A biased but interesting article written by  the CEO of a sales platform that runs on Salesforce says sales reps hate Salesforce because the system wasn’t designed for them, it doesn’t help them meet their goals, and it turns them into highly-paid data entry clerks where which they enter the bare minimum of information required for them to collect their commissions. As a result, 75 percent of sales managers don’t trust the information in Salesforce users want a system that is personalized, flexible, integrated, and that helps them close deals instead of requiring more work. Comments posted that have EHR counterparts include:

From Grand Padano: “Re: Athenahealth. Any plans to interview its new CEO? The chatter about what’s happening there post take-private is enormous.” I usually turn down interview requests from companies whose CEO is a new hire (thus giving us little to talk about except his or her optimistic plans) and has no healthcare experience (which Bob Segert does not). But I’ll consider it. 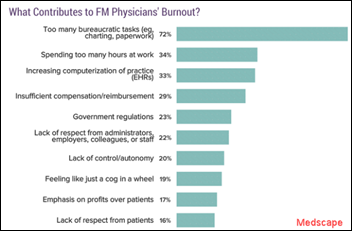 From Junto: “Re: Epic on EHR-caused physician burnout. Judy is officially out of her depth if she thinks hiding behind loose research from KLAS is an appropriate response to physician burnout. It would be nice to hear from her how Epic can be part of the solution instead of deflected the EHR as a non-issue. It’s also beyond comical that KLAS, which makes an exponential percentage of revenue from EHR vendors, conveniently has research at hand for Judy saying EHRs are all that bad.” Epic CEO Judy Faulkner cites an upcoming KLAS report’s study as evidence that minimal correlation exists between EHR and physician burnout. The surveys came from KLAS’s Arch Collaborative, which benchmarks user experience survey results across its 150 paying members, which includes Epic (price ranges from a one-time $1,250 cost to $60,000 annual membership depending on organization size). As with most of KLAS’s research, the real question is their methodology – who they surveyed, how the questions were worded, who actually responded, and how well the results extend to other organizations. All that aside, my thoughts are:

From Pointed Rejoinder: “Re: doctor empathy via robot. Not possible.” It may be unreasonable to expect skilled doctors, especially those such as surgeons and ED doctors whose services are one-and-done, to also be empathetic in a non-phony way to someone they don’t know. Still, nurses do it well all the time and I’ve seen some of our nastiest surgeons – feared and reviled for their tantrums and intentional hurtfulness toward hospital employees – behaving remarkably tenderly with a deceased patient’s family, which as a hospital employee always made me wonder if we really are incompetent, if the doctor was just using us as a punching bag proxy for our employer, or if they were simply putting on an act for their paying customers. Maybe hospitals should hire “empathists,” otherwise unemployable amateur actors who can pretend to be empathetic, letting them take the doctor’s handoff after delivering bad news in helping patients and families get through those first painful moments of understanding. 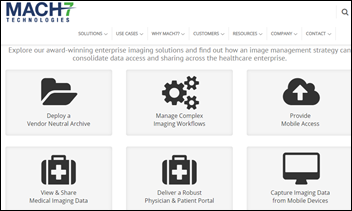 Australia-based imaging software vendor Mach7 announces that it will implement a restructuring and cost-cutting program that it hopes will propel its US growth, firing its CEO and eliminating the CTO role in favor of strategic product management. The company has several high-profile US customers including Penn Medicine, UW Medicine, Brigham and Women’s, University of Virginia Health System, Adventist Health, Sentara, and Broward Health. 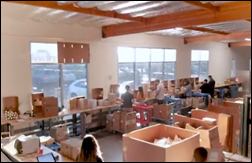 Business Insider notes that companies such as Hims and Roman that send lifestyle prescriptions directly to the customer’s door often use TruePill, which aspires to the Amazon Web Services of mail-order pharmacy by offering itself as a B2B API and fulfillment service. The technology-focused company can send 100,000 orders per day and allows companies to control the patient experience in the form of custom packaging and shipping options. Co-founder Sid Viswanathan was also a co-founder of a business card scanning company acquired by LinkedIn, while CEO Imar Afridi was working as a CVS pharmacist two years ago. 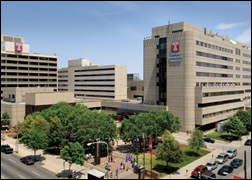 The Philadelphia paper questions whether Medicaid-heavy Temple Health — the closest thing to a public hospital in the country’s poorest large city — can survive competition from well-funded and growing competitors such as Penn and Jefferson. Temple is considering selling the cancer system it bought seven years ago, which is its most profitable business, to keep afloat. Temple has survived only because the state chips in a non-guaranteed $150 million per year, not only because the health system offers healthcare services, but because it employs many people.

Carol Steltenkemp, MD, MBA, former board chair of HIMSS and the Kentucky EHealth Board, is promoted from CMIO to external chief medical officer of University of Kentucky HealthCare.

Virta Health, which offers type 2 diabetes treatment via virtual health coaches and a ketogenic diet, hires Derek Newell, MPH, MBA as head of commercial. He was previously CEO of digital health benefits technology vendor Jiff and then president of its acquirer Castlight Health for 17 months. 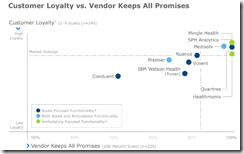 A new KLAS report on quality improvement software finds a near-revolt of users of the worst-performing Conduent and IBM Watson Health (the former Truven). The top-rated vendors for hospitals are Nuance and Quantros, while the ambulatory-focused vendor list is topped by Mingle Health, SPH Analytics, and Healthmonix. 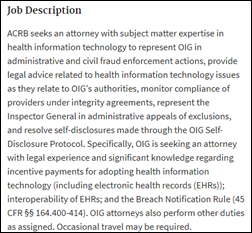 HHS’s Office of Inspector General opens a position for Health Information Technology Attorney, looking for someone with expertise in EHR incentive payments, EHR interoperability, and breach notification to represent OIG in civil fraud enforcement and compliance with corporate integrity agreements. Do something wrong in health IT land and maybe you’ll get to meet the successful candidate. 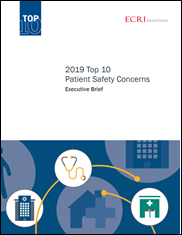 An investment analyst thinks Apple will expand the Watch’s medical sensors and then sell the data of wearers to their doctors for $10 per patient per month, claiming that practices that provide services under risk-bearing contracts would be happy to give Apple a cut. I seriously doubt all of this, but mostly the idea that the Watch is collecting information that will allow doctors to deliver better, more cost-effective care to entire populations.

America’s homeless population is fueling a resurgence of “medieval” diseases such as typhus, shigellosis, hepatitis A, and trench fever caused by living in unsanitary conditions.

A Health Affairs blog post questions whether CMS’s push to give people easier access to their medical provider-managed information will improve outcomes or improve smart shopping, when instead what is known to work is (a) making easily understood information available when they are making a decision; and (b) allowing them to share in any cost savings. The authors are encouraged by apps such as Apple HealthKit that help consumers understand their data and take action on it, but nobody really knows how they will be used. 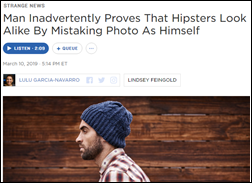 A man who threatened to sue MIT Technology Review for using his picture to accompany an article explaining why hipsters all look alike – he called it “click-bait” and “a tired cultural trope” — inadvertently proves the article’s conclusion when the editor-in-chief sends him a screen shot of the stock photo (which wasn’t of him) and concludes on Twitter, “All of which just proves the story we ran: Hipsters look so much alike that they can’t even tell themselves apart from each other.”