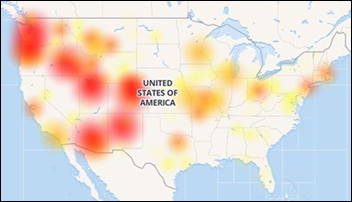 A CenturyLink outage left several hospitals without Internet service Friday, also taking down phones, 911 access, and ATMs all over the country.

North Colorado Medical Center was forced to go back to paper documentation, while its parent organization Banner Health had phone problems since the outage also affected Verizon Wireless. 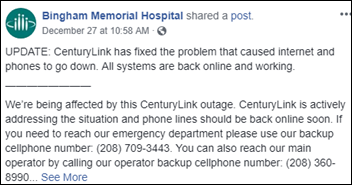 FCC has launched an investigation since 911 calls couldn’t get through.

From Soccer Mom: “Re: hospital price lists. Will they really be posted online by January 1 per that new requirement you mentioned?” Not in a way that will make the slightest difference to healthcare costs. The “requirement” carries no punishment that I’ve seen for non-compliance, so I will predict that approximately one hospital out of 100 will comply by January 1 (it will be easy to check this week). My reaction to the administration’s toothless, well-intended, but fake healthcare price transparency PR move:

From Mike: “Re: DonorsChoose. Thanks for doing what you do (and to Mrs. HIStalk for putting-up with it). Here’s a donation. My nieces and nephews are getting used to this idea of me donating instead of buying them more stuff.” Thanks. I’m holding Mike’s DonorsChoose donation since I’m expecting fresh matching funds from my generous anonymous vendor executive (UPDATE: the extremely generous matching funds just arrived, so see below). Mrs. H was happy to see your comment, if for no other reason than because I had to leave my solitary spare bedroom – aka my HIStalk writing place – to show her your message. 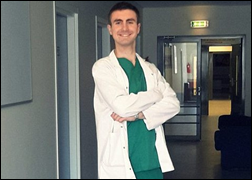 From Wandering Eyeballs: “Re: the medical resident who hung himself after struggling to use the hospital’s computer system. I’d love to know what system it was.” The website of NHS University Hospitals Birmingham says they use OceanoPAS, which was recently developed specifically for the trust by Servelec. I doubt they’ll be adding this particular user experience to their marketing material, although a competitor could certainly milk it.

From Big Orange Marble: “Re: our executive hire press release. Why didn’t you list that he came from [high-profile company name omitted]?)” Because he didn’t – he took a crappy, short-lived job after leaving the impressive company but before joining yours. I report where someone worked last, not where they worked best. Your career isn’t going so well if its high point came three jobs back.

From Spittle Slinger: “Re: designing software with doctors. This article says engineers should work with them directly.” No doubt, but while acknowledging these factors: 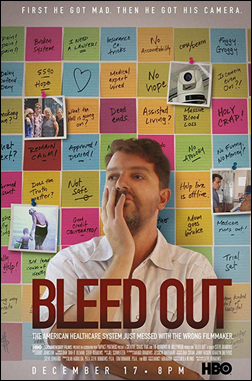 From Organized Chaos: “Re: HBO’s ‘Bleed Out’ documentary. It’s fascinating and frustrating on many levels, although some of the content feels unnecessary. It is being promoted as being about medical errors, which seems like an incorrect and unsatisfactory label. Still, it should remind us about the fragile, fragmented nature of healthcare system delivery.” I don’t have HBO and haven’t seen it, but “Bleed Out” — which is getting good early reviews — is a “citizen’s investigation” by a filmmaker whose mother was left with permanent brain damage after an operation that he claims went wrong. The patient lost all her life savings due to medical bills and the filmmaker sued for malpractice, so he’s not exactly an unbiased researcher. The movie PR piece cites a Hopkins estimate that medical errors kill at least 250,000 people in the US each year as the third-leading cause of death, although I worry that, like every time Joe Public sees a video and immediately renders a verdict, an N-of-one family story about a complicated care episode isn’t the best way to address the problem (but it’s good at creating a rallying cry). I’ll also note that the “third leading cause of death” conclusion of the research paper wasn’t backed by good methodology since it was mostly intended to convince CDC to use more than just ICD-10 codes on death certificates. Much of the movie’s focus is on E-ICU at Aurora West Allis Medical Center, which a now-retired surgeon labeled on-camera as “plain goddamn sloppy medicine” and which the filmmaker claims wasn’t effective because his mother’s deteriorating vital signs either weren’t noticed or weren’t reported by the remote staff. Advocate Aurora Health told employees a couple of weeks ago when the movie came out that it regrets the patient’s outcome, but noted that juries found no negligence by the hospital or doctors in the malpractice case. The movie’s tagline of “The American healthcare system just messed with the wrong filmmaker” reeks of sensationalistic propaganda instead of unbiased investigation. 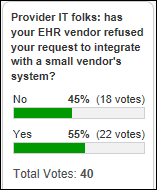 Just over half of poll respondents who claim to work for provider organizations say their EHR vendor has refused to integrate with a system they wanted to implement from a small vendor. Frank Poggio says the big vendors know better than to refuse outright – they just give a far-off implementation date or an unrealistic price tag. Dave says Epic has never refused integration requests from his IT department, while Adam says his small vendor employer was shut down by the clinic’s large health system parent rather than Epic. People who’ve never worked in health IT often miss the nuances in play here – integration is a risky pain point for the IT department, departments that want a particular system often don’t have the clout to get it budgeted or implemented, and vendors often ignore user requests that haven’t been pushed up the health system’s C-level food chain. In other words, lack of cooperation among competing entities isn’t limited to vendors.

New poll to your right or here, reflecting further on what I would ask Epic CEO Judy Faulkner in the unlikely event that she agreed to be interviewed: what do you like reading most in an executive interview? I’ve interviewed a ton of CEOs and always strongly urge them to avoid spouting the marketing-pushed boilerplate and show some personality and humor in a genuine conversation, which works about one time in 10. I only interview CEOs since VPs play it too safe in worrying about getting themselves fired with a flip comment, but I’ve also learned from experience that consulting firm CEOs are inexplicably the hardest to bring to life, riding banality relentlessly even when I ask them provocative, off-the-wall questions. 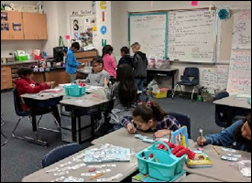 My anonymous vendor executive replenished the very substantial fund he or she created for me to use for DonorsChoose project matching. This and other matching allowed me to fully fund these projects with Mike’s donation last week:

I know we all can’t wait for the serious education, demonstrated non-profit budget responsibility, and extreme patient focus of HIMSS19, so you’ll be thrilled to know that it starts in just 42 days. 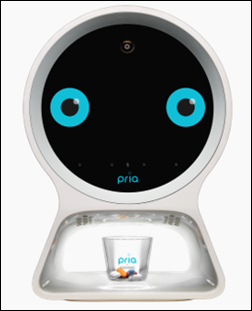 A JAMIA-published study of comments that clinicians enter when overriding clinical decision support warnings finds that the text can be mined to identify system shortcomings about 26 percent of the time. Interesting examples: (a) a low-potassium warning that was issued for a patient taking digoxin, caused by techs entering “hemolyzed” instead of a number in the K result; (b) a rule that didn’t identify carvedilol as a beta blocker and thus warned that one had not been ordered; and (c) a cyclosporine level warning that was triggered by an order for the ophthalmic form. I’ve written a lot of clinical decision support rules and analyzed both the override rates as well as the comments and it was always informative, even when doctors used the freeform space to lash out against the world. Here is the most important lesson I’ve learned – you have to look at how often the rule changed behavior, i.e., the problematic order was abandoned or the suggested entry or discontinuation of another order was performed as expected. That’s the only true measure of whether the doctor found the information useful. Although I had some doctors told me that they intentionally avoided immediately doing what the computer recommended just to prevent giving it the satisfaction of finding their mistake (they changed it afterward hoping our analysis wouldn’t notice their near-miss). I’ll add another item from experience – sometimes doctors think a human is reading their free-text comments in real time, as they might have with paper orders, and thus enter enter critical information such as a conditional or corollary order, expended instructions, or an order for an item they couldn’t find using the search box.

Kaiser Health News finds that hospices don’t always have staff available to meet the needs of patients, are rarely being punished for failing to respond to family calls, sometimes don’t have someone to answer questions about new drug and equipment orders, or skip skilled visits because of to understaffing. I’m really frustrated with a health system in which everybody and his brother makes fortunes off sick patients, yet the only place open after weekday business hours is the ED.

In India, Apollo Hospitals complains that the depositions of doctors that were presented to a panel investigating the hospital death of Tamil Nadu’s former chief minister (who was also an award-winning actress) contain significant court transcription errors, such as “incubation” instead of “intubation.” 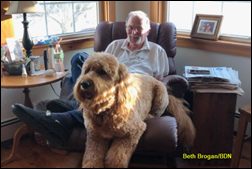 The Bangor, ME newspaper profiles 68-year-old Frank Bennett, who is working through his bucket list in the five years since he was diagnosed with Lou Gehrig’s disease, apparently caused by Agent Orange exposure in Vietnam – choosing a dog, buying a Model A Ford, skydiving, taking family vacations to the Caribbean, and proposing all over again to his wife of 46 years. He’s receiving care from a ALS coordinated care program. He says,

We’re all dying, some at a different rate. I’m not afraid of dying. I fear the process. And my caregivers and family — what they have to see and go through. That bothers me the most. I want people to remember me the way I used to be.