Following the ONC annual meeting at the end of November, I received an email that the slides and webcast would be “made available in the near future.” This always aggravates me after conferences, because by the time they make the content available, people have moved onto other things and momentum is lost. Especially with a relatively small (two-day) meeting, it shouldn’t be that hard to get the materials together since presumably people had to submit their slides in advance for review and approval. Webcasts also aren’t that hard to get online, especially if they’re not edited. Making the materials available quickly would help engage those who couldn’t be there and allow them to be part of the discussion. 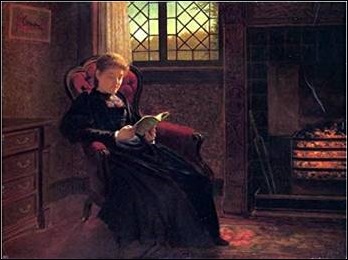 I finally had some time to dig into the draft “Strategy on Reducing Regulatory and Administrative Burden Relating to the Use of Health IT and EHRs” document that ONC issued last week. It offers three goals for reducing clinician burden, including reducing time and effort to record information, reducing time and effort for reporting requirements, and improving EHR functionality and ease of use. I’m not sure whether or not I should read something into how those goals were constructed, since fixing the third goal would likely solve a big portion of the first one. When you dig deeper into the document, it becomes apparent that the first item refers not only to documentation effort, but the fact that the documentation required for billing is a burden above the documentation required for clinical care.

The usability discussion specifically addresses poor design of clinical decision support tools, including pop-ups that require “excessive interaction.” It also mentions poor implementation of electronic summary of care documents, lack of standardization around the presentation of clinical content, and the need for improvements to configuration and implementation processes that should “proactively engage the end user.”

One of the problems here is the fact that EHR vendors simply don’t want to spend as much money as would be needed to make EHR systems substantially better. I worked with one vendor that had a limited development budget, which essentially meant that the only work they could afford to do was that which was mandatory – either required for them to maintain certification or to address severe patient safety defects. Even minor patient safety defects were put into the deferred maintenance bucket to sit until more development hours became available, which often meant that they didn’t get fixed. When there’s not enough money to fix patient safety issues, that means that the “nice to have” and usability enhancements logged by customers over the years rarely made it to the requirement stage.

While we’re at it, here are my other suggestions to solve the issues (although I’m sure they’d never be accepted): First, allow physicians to bill office visits based on time. Not the current “greater than 50 percent of this visit was spent in counseling and coordination of care” nonsense, but actually billing on time like a lot of businesses do, including attorneys, accountants, auto mechanics, and the guy who does my hair. If you’re more complex and take more time, allow us to be compensated for what we do. If you’re a quick visit, let us see you and get you on your way. One might say this may lead to abuses, so let’s put reasonable caps on it, such as a maximum of 16 hours a day. It can’t be any worse than our current system that doesn’t even detect fraudulent physicians that are billing many more procedures than they could possibly do in a day.

Second, let’s also address the usability issue by requiring vendors to issue standardized reports to their clients on how much development time is spent on regulatory requirements, remediation of software defects, patient safety issues, usability, new content, and the like. I know vendors hate this idea because they’re afraid the information will wind up in the public eye, but it’s important for customers to understand whether their vendor is really putting their money where their mouth is. This is hard for publicly traded companies, since actually spending money on development eats into the profit margin. Still, there has to be some kind of accountability for where the millions of R&D dollars are being spent.

While we’re at it, let’s also think about adding some requirements that will just make everyone’s lives easier. Let’s standardize to LOINC for laboratory orders and results. It’s there, it works, and it would save time for hospitals and healthcare organizations. Not just in the EHR, but with the laboratories – I’m tired of federal mandates that put the onus on the physicians, but don’t do anything to make lab vendors comply. I can’t even count the number of practices I’ve worked with whose vendors aren’t sending LOINC codes with results, but the practices have to have the codes mapped in the EHR, so much manual mapping occurs. Why not just fix the problem at the source? The strategy does allude to this a bit with standardization of medication information, order entry content, and results display conventions, but it’s shameful that we’re still talking about this a decade after the start of Meaningful Use.

What about patient matching and interoperability issues? There’s no federal funding for a universal identifier, but what if the vendors came together and created a voluntary one? Let patients opt in or opt out, but if they want to opt in, let’s give them a unique ID they can carry around to their providers that can be used to assist with matching. It’s clear that it’s never going to be a federal priority even if they blockages in front of it are cleared.

I ended up having to stop reading the document, because what I thought was going to be a quick blurb about it has rapidly turned into a semi-angry rant about the state of things. I’ll have to refine my thoughts before I enter my formal comments, which I will certainly do before the January 28, 2019 deadline. ONC plans to post all the public comments that are received, which should make for some entertaining reading in front of a nice fire on a snowy evening.

If you were in charge of all things healthcare IT, how would you fix these problems? Leave a comment or email me.