Reuters reports that a federal judge involved with the final legal step in the CVS/Aetna acquisition feels as if he has been just a cog in the wheel of a shady business deal – one that vocal opponents have said will drive up costs and steer patients away from traditional providers. Judge Richard Leon, who ended up pushing final court proceedings to December 3, told DoJ, CVS, and Aetna lawyers that after reviewing the approved motion, “I kind of got this uneasy feeling that I was being kept in the dark, kind of like a mushroom. I’m very concerned, very concerned that you all are proceeding on a rubber-stamp approach to this.”

From underTheRadar: “Re: Allscripts. Allscripts is having significant layoffs this week. Rumor has it that 250 people in services and development will be let go. Merry Christmas.” Unverified. Comments left at TheLayoff.com from within the last week may provide some context: 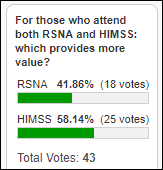 A tiny pool of respondents finds more value in HIMSS than RSNA. Steve Gould says of RSNA, “Any show that doesn’t ruin Thanksgiving weekend with family provides more value. It is unconscionable that the dates have not moved to run Tuesday-Friday instead of requiring people to arrive either Friday or Saturday for a Sunday morning start.” John Wayne is a fan of neither: “I think both conferences are a waste of time and money and have become cash cows for the organizers with mediocre content, massive and poorly organized exhibit areas, and inconvenient dates with difficult travel requirements. Can’t the Internet make these obsolete?”

New poll to your right or here: As a consumer, are you worried about Amazon potentially using your medical data to influence your purchasing decisions? 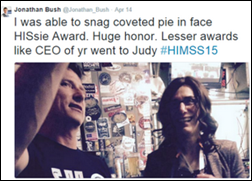 Remote patient monitoring startup Myia raises $6.75 million in a seed funding round led by BootstrapLabs and Zetta Venture Partners. The San Francisco-based company has developed software that analyzes data from wearables and sensors to predict relapses in chronically ill patients. Co-founder and CTO Bryan Smith came to the company from PokitDok. 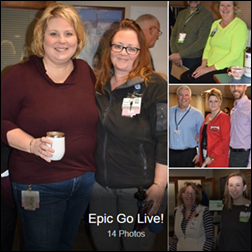 Memorial Hospital (NH) moves from three EHRs to Epic as part of its unification with MaineHealth.

In the UK, NHS vendor Emis Group will shift 40 million patient records from its servers onto AWS as part of a continued national push for more flexible health data exchange and easier set up of digital health services like video consults and chatbot triage. 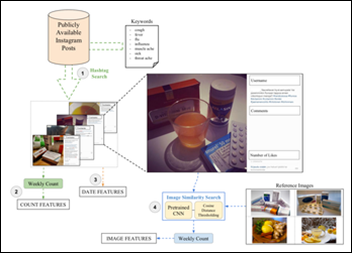 In Finland, researchers determine that Instagram can be an accurate predictor of flu outbreaks after combing through 22,000 posts spanning six years and then comparing them with public health data from the same time period.

USA Today points out that the National Practitioner Data Bank is sorely underused by licensing boards when it comes to keeping up with malpractice payments and disciplinary actions taken against doctors. Nearly half of state medical boards checked the database less than 100 times last year, while 13 boards didn’t check it at all, amounting to 137,000 total searches by the boards. The analysis is part of a year-long investigation into medical licensing system deficiencies that have kept dangerous doctors in practice.

In JAMA, physicians argue against EHR vendor gag clauses, pointing out that an inability to share screenshots, video, and other types of visual media prevent end users from sharing and learning from usability issues that may endanger patients. They advocate for policies that require EHR vendors to: 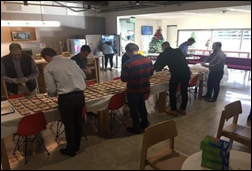