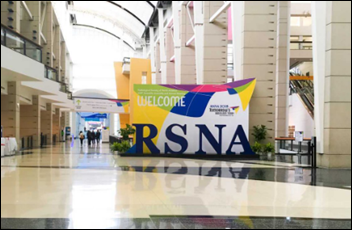 RSNA 2018 kicks off in Chicago’s McCormick Place, running through Friday.

A big focus of the conference is artificial intelligence and machine learning.

RSNA 2017 drew nearly 53,000 registrants, half of them imaging professionals.

Chicago was under a blizzard warning Sunday evening, with up to 13 inches of snow expected, driven by wind gusts of up to 45 mph. Highs Tuesday and Wednesday will be in the mid-20s. 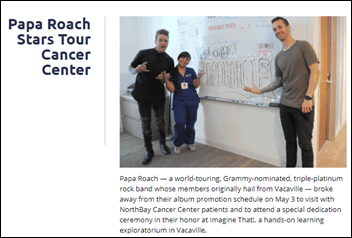 From Participle Dangler: “Re: your mention of Papa Roach. Lead singer Jacoby Shaddix remains active in hometown causes and supports NorthBay HealthCare’s hospice program.” The Vacaville, CA-born singer – who turned his life around from substance abuse and depression – also supports causes related to hunger and homelessness, having been raised with both.

I tossed out last week’s poll due to obvious technological attempts to stuff the ballot box (nearly nobody believes that Allscripts legitimately earned Black Book’s “best integrated EHR/PM” survey finding). I added CAPTCHA protection this week, although I have little doubt that a script kiddie without much else going on in life can crack that as well.

New poll to your right or here: for those who attend both the HIMSS and RSNA conferences, which provides more value? Vote and click the poll’s “comments” link to explain or to suggest another conference that is better than those two. 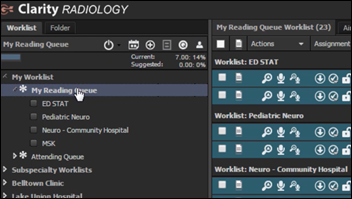 Two Ohio hospitals go on ED diversion after their systems are attacked by ransomware.

An Indiana doctor says his lawsuit against EHR/RCM vendor SSIMED (now Meridian Medical Management) for losing 70 percent of his practice’s claims for more than nine years triggered a 2014 DEA raid of his offices for overprescribing narcotics, as accused by former employees of his practice.

Spectrum Health’s transplant clinic tells a patient that they won’t perform a heart transplant because she can’t afford the post-surgical immunosuppressant drugs, suggesting that she undertake “a fundraising effort of $10,000,” after which a newspaper columnist concludes that it’s not a healthcare system if “you can’t have a heart unless you do GoFundMe for $10K.”

In Australia, a conspiracy theorist with no medical background charges $4,000 to serve as an expert witness for estranged parents who disagree on vaccinating their children. She has threatened to sue the newspaper for reporting about her services, defending her “support for the public’s right to vaccination choice.” The doctor – she earned a PhD in humanities — claims that a secret WHO committee orchestrates pandemic hysteria under the direction of the World Bank.

In England, a woman sues a hospital for not telling her about her father’s Huntington’s disease, saying she would have aborted her child (now eight years old) if she had known that the girl has a 50 percent chance of being afflicted by the neurological disease. The woman’s father – who had killed his wife – refused to give doctors permission to tell his daughter about his condition, fearing that she would abort the baby. The legal precedent could be significant – do doctors and hospitals have the legal duty to perform genetic due diligence and to override privacy requirements in telling those who may be affected by an identified genetic disorder? A genetic ethics expert observes:

How much effort should a clinician make in chasing up relatives? And those relatives might be unhappy to be tracked down and given unwelcome information – for example, that they possess a gene that predisposes them to breast cancer. You cannot take back that information once you have given it.

ProPublica finds that CPAP machines used for sleep apnea often are programmed to report usage data back to the patient’s insurance company, the device’s manufacturer, the medical equipment distributor, and the ordering doctor. Insurers say too many patients who are prescribed the costly machines don’t use them regularly. The article notes that an industry has been created around the potentially serious but often undiagnosed condition, with sleep studies, the CPAP machine, and the required ongoing use of supplies raising the financial concerns of insurers. Medicare requires physicians to document that their patients use CPAP for at least four hours per night in at least 21 of each 30 days, a policy quickly adopted by private insurers, and the manufacturers say their surveillance meets those documentation requirements.

I saw this commercial watching Thanksgiving parade lip-syncing – UPMC is running $3 million worth of national ads for its living-donor liver donor program as it fights with the dominant local health plan. The KHN article notes that hospitals are trying to lure well-insured patients into their hospitals – and to diminish the impact of insurers trying to control costs despite the health system’s market clout — by creating a national and international brand based on high-priced procedures that few people need. Hospital for Special Surgery and Yale New Haven Hospital are also running national TV ad campaigns that, unlike direct-to-consumer drug company ads, are not regulated by FDA for accuracy. Some Internet wags claim that UPMC’s ad is voiced over by Benedict Cumberbatch of “Sherlock” and it does indeed sound like his highly compensated voice.

Weird News Andy’s turkey day must have caused him to miss this story. A Paris hospital that is recruiting participants for a fecal implant study is overwhelmed with calls, emails, and visits after someone takes a photo of the offer and posts it to social media, claiming that anyone who shows up with a fecal sample will be given $57.