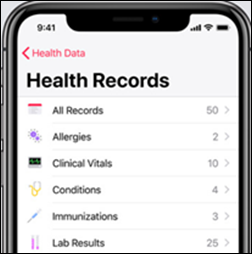 The VA is talking with Apple about connecting IPhone-using veterans to their EHR information, The Wall Street Journal reports.

The program was conceived by top VA officials who worked with President Trump’s so-called “Mar-a-Lago group” of campaign supporters who were later accused of meddling in VA affairs.

Android-using veterans will be out of luck, just like the 40 percent of patients who are seen by health systems that launch an IPhone-only records-sharing project. 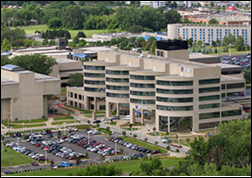 From No Mas: “Re: University of Toledo. Any response back on the progress of their partnership with Athenahealth to develop an inpatient EHR for UTMC?” University of Toledo Medical Center CMIO Bryan Hinch, MD did not respond. It might be best if the project stumbled early since it probably won’t be a priority of Athenahealth’s new private equity owners.

From 98765: “Re: Cerner’s MIPS module. We spend a significant amount of our time assisting clients with MIPS. Every single Cerner client we’ve assisted has informed us that Cerner has no MIPS module. Cerner is apparently makes clients request custom reports if they want their MIPS information, with the ability to submit via their registry.” Unverified. I’m wary of users stating that a vendor is missing capabilities since they often just aren’t aware of it. Cerner users, feel free to weigh in. 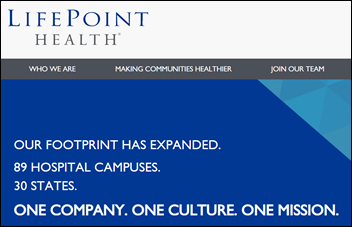 From NashVegas: “Re: LifePoint. Layoffs Monday, including some heavy-hitting executives.” Unverified, but that would not surprise me – LifePoint Health just completed its merger with RCCH HealthCare Partners, approved by LifePoint’s shareholders in October. Shareholders also rejected a proposed $120 million golden parachute for LifePoint’s top four executives. The company had already announced that Chairman and CEO William Carpenter would retire after the merger, replaced as CEO by COO David Dill. Most of the RCCH executives weren’t listed in the new executive org chart. The company’s performance makes it a given that well-coiffed heads will roll.

From Retired Number: “Re: CHIME Speakers Bureau. Says you have to be actively employed as a healthcare CIO. Several of those listed do not qualify.” Quite a few folks on the list don’t meet that qualification (including CHIME President and CEO Russ Branzell, who obviously doesn’t still work as a health system CIO). I count two retired CIOs, two CMIOs, three consulting firm employees, and a CISO, looking only at the job titles listed on the CHIME page.

I suspect that Thanksgiving-proximate readership, as well as health IT news, will be sparse, so we will take a holiday break. I’ll probably return to the nasal grindstone with the Monday Morning Update. Travel, eat, and shop safely, especially you radiology folks who have been convinced to illogically leave your families and postprandial warmth to head off for freezing Chicago and RSNA (as a health IT pundit, my crystal ball tells me you’ll hear the term “AI” a time or two).

December 6 (Thursday) 11 ET. “Make the Most of Azure DevOps in Healthcare.” Sponsora few organizations across the country are demonstrating success using advanced technology tied to intuitive processes and procedures.: CitiusTech. Presenter: Harshal Sawant, practice lead for DevOps and mobile, CitiusTech. Enterprise IT teams are moving from large-scale, project-based system implementations to a continuously evolving and collaborative process that includes both development and business teams. This webinar will review healthcare DevOps trends and customer stories, describe key factors in implementing a DevOps practice, describe how to assess Azure DevOps, and lay out the steps needed to create an Azure DevOps execution plan.

The still-unnamed Amazon-and-others health venture hires an analytics and quality improvement officer from BCBS Massachusetts. Dana Safran, ScD will hold the title of head of measurement.

MModal announces a cloud-based version of its Fluency for Imaging radiology reporting solution.

The AI-powered algorithm of Cardiologs performed better than a traditional algorithm in identifying EKG abnormalities in ED patients, a study finds. 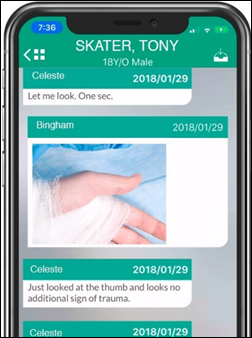 A doctor is charged with prescribing medications for patients he had not examined, writing prescriptions on pre-printed pads provided by telemedicine companies that orchestrated a compounding pharmacy scheme that cost insurers $20 million. Hopefully the Nigerian-trained doctor’s “Leader in Medicine” award from a scammy awards company won’t be compromised so he can realize his goal to “improve and evolve his practice,” which sounds like a good idea. 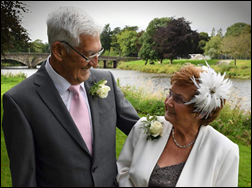 In England, a doctor apologizes for ordering a tenfold morphine overdose for an 81-year-old woman who died afterward of pneumonia. The patient was transferred to the hospital from an infirmary without paperwork, so the doctor had to look up each of her meds on the computer to order them for her. He typed in a partial name without noticing that the intended 20 mg dose of sustained action morphine was actually being entered as 200 mg and the pharmacy dispensed the completed order without question.  The doctor has quit working for the hospital trust, saying that it doesn’t allow doctors to use the systems with which they could audit their own clinical work. 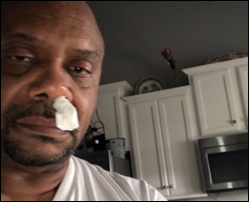 Weird News Andy says this is a terrible way to lose a Thanksgiving dinner. A North Carolina man’s family lost their chance to gobble the holiday meal he was preparing last year when his always-draining nose contributed an unwanted ingredient. Various doctors who had diagnosed him with allergies, pneumonia, and bronchitis turned out to be wrong – he had a cerebrospinal fluid leak that was repaired via surgery. A doctor offers a smart diagnostic idea – test clear rhinorrhea with a glucose test strip since cerebrospinal fluid contains glucose but nasal discharge does not.