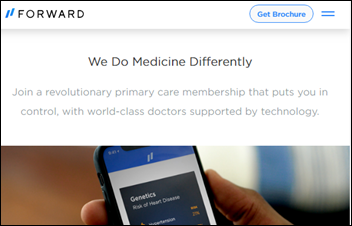 A reader asked me to look into a Twitter war that broke out yesterday among doctors and an investor in direct primary care practice Forward, described by Quartz nearly two years ago as, “a slick, seamless, Uber-like experience, a bit like a luxury health spa on the starship Enterprise.” The company was founded by Adrian Aoun, a 34-year-old investor and former Google special projects director.

Aoun describes Forward — which operates gadget-heavy, millennial-focused concierge medicine clinics in three cities (San Francisco, Los Angeles, and New York) — as  “a doctor’s office that looks and feels more like an Apple Store … you’ve got this kind of cool thing where you’ve got the doctor’s office that kind of learns over time.” Members pay $1,800 per year (not covered by insurance) for unlimited access to doctors and lab tests.

The original tweet involved a Wall Street media site’s interview with Aroun (which was mostly him pitching the company in response to frothy questions). Some healthcare folks questioned on Twitter whether the company is really doing anything innovative or important, which obviously ticked off a remarkably hostile and defensive Keith Rabois (who disclosed only late in the conversation in response to a direct question that he is Forward’s lead investor). 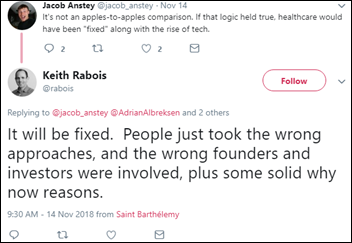 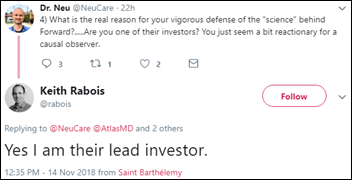 Keith Rabois is a billionaire Silicon Valley investor who put early-stage money into PayPal, LinkedIn, Square, and Yelp. He is one of the so-called “PayPal Mafia” that also includes Peter Thiel, Elon Musk, and Reid Hoffman. His educational background is a JD from Harvard Law School. He’s a partner in Khosla Ventures.

Rabois claimed in 2015 that computers would replace doctors and lawyers.

As is the case with some other members of the PayPal Mafia, his personal history suggests brash brilliance, but with some character issues (1, 2).

Forward is a direct primary care practice (“A full-stack company: doctors, designers, and engineers work together to build their own software and hardware, including our own electronic health records system” that “prevents us from being held back by legacy systems.” The company emphasizes its tech-heavy “custom-built exam room,” a body scanner, and a care management system.

The company has offices in San Francisco, Los Angeles, and New York. It has 12 young doctors on staff, with either two or three offering services at each location. 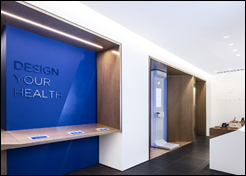 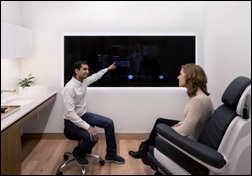 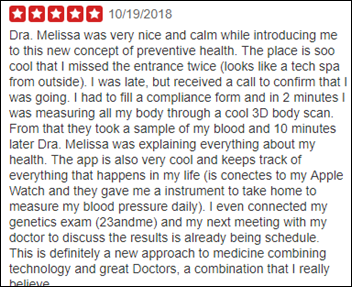 Forward charges an all-inclusive membership fee of $1,800 per year (misleadingly described on its site as a $149 monthly charge, members have complained), which includes unlimited visits and lab tests. Yelp reviewers are usually positive early in their tenure as customers (although some of them claim that Forward had negative reviews taken down), although one noted, “None of the bells and whistles that were touted around AI, mobile app, and hardware provided any real value-add as a customer.”

The company’s job openings are mostly for “brand ambassador” and “membership sales advisor” positions. It is hiring for remote care coordinators (first responders) for $17 per hour with no medical benefits. It’s also looking for several remote medical scribes and 12 primary care physicians. 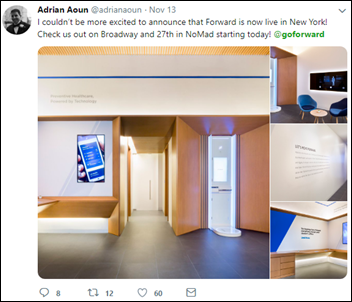 Your thoughts and personal experience with Forward are welcome.