From Lil’ Mob: “Re: Healthcare Informatics sold. HIStalk is the rare, independent voice in this space.” Vendome sells Healthcare Informatics magazine to another publisher whose goal is helping vendors “bring their services and products to market” (which I take to mean that seldom is heard a discouraging word that might make the ad salespeople’s job harder). For example, the four most important news stories of last week were not flattering to vendors – ProPublica’s critical assessment of the VA’s Cerner implementation, poor quarterly results from Allscripts and NextGen Healthcare, and Orion Health’s desperation-fueled sale of Rhapsody. None of those stories appear on the websites of the magazines that finished most closely (but still way behind) HIStalk in Reaction Data’s C-level provider survey. They instead ran with these questionably useful stories: 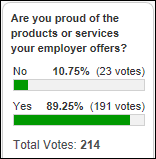 Most poll respondents are proud of what their employer sells. New poll to your right or here: what are your HIMSS19 plans? 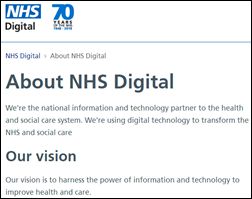 England’s NHS Digital will eliminate 500 jobs in a restructuring, about 20 percent of its staff.

Apple turns in record Q4 numbers driven by jacked-up prices rather than increased sales or innovation. Shares sank Friday after the company announced that it will no longer provide individual unit sales or average prices, which would lead to the conclusion that (a) the company plans to hold price-insensitive fanboys hostage to make its numbers; and (b) Apple would rather not publicize the fact that it’s milking the cash cow harder (in a mature market in which its products are the highest priced) by increasing services and add-on revenue per customer, which isn’t very transparent for a traditionally transparent company. Much of the market won’t pay baseline prices of $1,300 for an IPhone, $1,800 for a Macbook Air, $399 for an Apple Watch, or $799 for an IPad Pro. Meanwhile, the company kicks the latest dent in the universe in an enhancement to the IPad, which will no longer offer a headphone jack.

Epic signs an agreement to give insurer New York Life direct access to its EHR to extract information for people who are applying for life insurance.

PatientPing adds the capability to tag patients who are covered under bundled payment models. 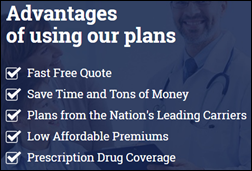 The Federal Trade Commission shuts down a Florida company that sold $100 million worth of worthless health insurance plans, saying that Simple Health Plans LLC misled purchasers into thinking that its medical discount program – which cost up to $500 per month — was actual insurance. The “insurance” does not cover pre-existing conditions or prescriptions, pays a maximum of $100 per day for hospitalization, and has a yearly cap of $3,200 and even then only if the patient is hospitalized for 30 days or more. The government’s restraining order also calls for seizing the owner’s $1 million bank account and his Lamborghini, Range Rover, and Rolls-Royce.

Defunct Georgia-based Best Medical Transcription pays $200,000 to settle charges that it exposed the information of patients of Virtua Medical Group (NJ) to Internet searches, a problem reported by a patient who Googled herself and found her own medical records. The New Jersey attorney general also banned Best Medical owner Tushar Mathur from doing business in the state.

Kaiser Health News notes that Epic can’t handle vital signs entered between 1:00 a.m. and 2:00 a.m. on the Sunday when daylight saving time ends because those entries will be deleted when the clock is set back, forcing hospitals to document manually until after the time change. The articles says that nurses at Johns Hopkins and Cleveland Clinic date their entries after the time change to 1:01 a.m., but add a note that the vital signs were actually taken an hour after the previous entries rather than just one minute.

Steve Ballmer becomes the latest rich person to donate millions to a hospital, leading me to implore the financially fortunate to support public health, not expensive healthcare service vendors (even if their customer base consists of heartstring-tugging children). Seattle Children’s doesn’t really need Steve’s $20 million – last year it had a $224 million profit on $1.4 billion in revenue – and it’s a shame that such tech titan largesse is always focused on their home cities like Seattle, San Francisco, and Palo Alto. 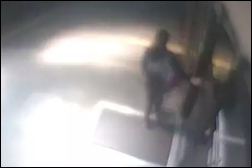 A Boston Globe magazine piece called “Losing Laura” describes the death of a 34-year-old woman who walked to the ED of Somerville Hospital while experiencing an asthma attack but couldn’t get in because of a confusingly marked entrance and the inability of 911 operators to pinpoint her precise location on the campus. She collapsed outside a locked glass door through which she could see the ED waiting area, and a hospital nurse who went outside to look for her from the 911 call didn’t notice her on the ground. I’m at least a little bit sympathetic to the hospital, which is otherwise being sued and cited by the state – EDs in suburban hospitals were not usually designed for walk-up access in life-threatening emergencies. The article notes that while Uber and Lyft drivers are guided directly to their fares with near-perfect accuracy, the FCC requires cell providers to locate a 911 caller only to within 300 meters.

In India, a judge who is annoyed at deciphering illegible doctor handwriting on injury and death reports requires them to print and sign transcribed copies from their computers. The same court previously ordered doctors to write legibly and fined those who didn’t, but the problem persisted. 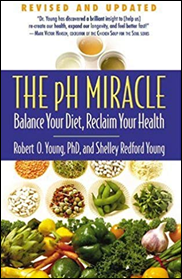 The author of the bestselling “PH Miracle” book series, who claimed that an acidic diet causes disease and offered treatments around that principle, is ordered to pay $105 million to a cancer patient who sued him for negligence and fraud. The author, who had already served jail time for practicing medicine without a license, advised the patient – who was also a former employee of his — to forego traditional cancer treatment and instead let him take over with sodium bicarbonate IVs administered at his $3 million ranch. 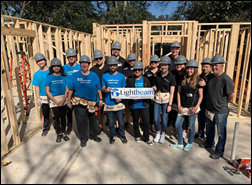