Memorial Sloan Kettering Cancer Center leadership defends itself to its employees following reports that it gave for-profit AI startup Paige.AI exclusive access to its 25 million pathology slides in return for an equity stake for itself and several MSKCC executives (in essence, profiting from the work of its pathologists and the property of its patients instead of by creating new intellectual property). The health system explains that: 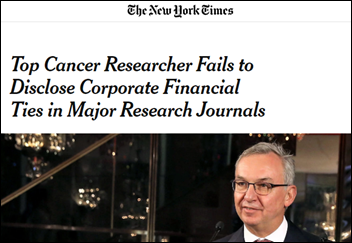 MSKCC’s recent bad press – including unreported conflicts of interest by a since-resigned key researcher who was raking in drug company money and skepticism about its relationship with IBM Watson Health – add it to the list of health systems whose high-falutin’ patient care proclamations fail to hide the fact that it often acts like any other self-enriching business whose own interests come first. It paid its CEO $6.7 million (plus he gets a company house), its CIO $1 million, and its chief fundraiser $1.4 million, according to its most recent tax forms.

In case you missed it, sick and frightened cancer patients are a highly profitable widget in this country. As is typical in healthcare, nebulous consent forms allow their data to be sold to any willing buyer without their permission or benefit.

ProPublica notes that its report didn’t create the MSKCC Paige.AI controversy – it was MSKCC’s own pathologists who complained that their work had been taken for the benefit of top MSKCC brass. Surprisingly, they didn’t complain that Paige.AI’s business model requires the company to characterize the work of human pathologists as subjective, error-prone, and inefficient compared to allowing a computer to do their work. 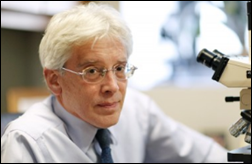 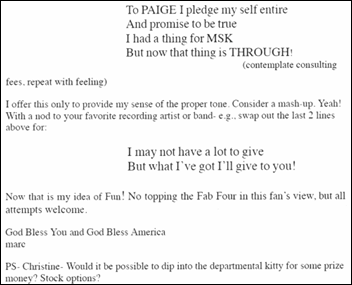 MSKCC’s former pathology department chair Marc Rosenblum, MD wrote the most brilliantly sarcastic internal email I’ve ever seen last month (subject: “Department: Fleece(d)”) in offering suggestions to hold a Paige.AI naming contest with stock options as a prize to “fully embrace the entrepreneurial tenor of our times;” to create a department logo to “trumpet where we’re going” that would look good on a Patagonia fleece; and to create a department fight song. 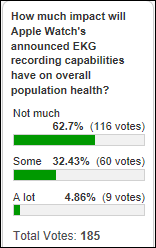 Poll respondents are skeptical about the population health benefits of the Apple Watch’s EKG recording capability.

New poll to your right or here: would you be OK with having your social media activities monitored for health research or to trigger personalized health improvement suggestions? I admit I’m fascinated by the human aspect of expecting an insurer to cover huge financial risk while denying them relevant information, which then goes back to the argument about universal healthcare, under which such lifestyle forensics would be unnecessary since the entire country would make up the risk pool. Life insurers are allowed to require medical exams, getting auto insurance involves having your pre-existing condition (driving record) examined initially to set premium prices and having that price jacked up (or the policy cancelled) following a paid claim, and all forms of business insurance (malpractice, cybersecurity, etc.) come with the expectation of allowing the insurer to assess their risk by inspecting sensitive records. Only with health insurance are we offended at the idea that insurers need to learn more about our health before agreeing to pay to maintain it, an expectation that has risen due to out-of-control hospital and drug costs in the absence of political will to address the issue. 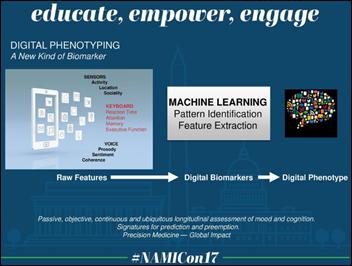 Researchers question whether it’s a good idea to apply Cambridge Analytica-type social media “digital phenotyping” to target people for population health interventions. They note that such activities incur the risk of public backlash (when social media users realize they’re being monitored and controlled) and having those users go underground by avoiding using words that all out their health-harming practices. 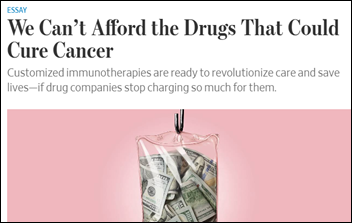 An oncologist’s Wall Street Journal op-ed piece ponders the dilemma in which drug companies charge whatever high prices the market will bear irrespective of their actual research and manufacturing costs and the extent to which the drug improves an individual’s health, noting that the US is the only country that approves marketing of drugs without negotiating the allowed selling price:

The extraordinary cost of these treatments presents a tragic dilemma: We may soon have a miracle drug for cancer whose cost, when multiplied across the population that needs it, could bankrupt the country. Consider what would happen if the new drugs were used to treat 250,000 cancer patients per year—just 40 percent of the Americans who die annually from cancer. At $373,000 per patient, a Kymriah-type immunotherapy treatment would increase drug spending in the US by approximately $93 billion a year. This would mean an almost 20 percent increase in the country’s total annual drug spending—for just one drug. To put that figure in perspective, it amounts to $300 per American, or $500 if we include associated medical services.

Why we should have been lawyers: a Georgia jury awards the family of a baby whose penis was injured during a midwife’s circumcision $30 million. 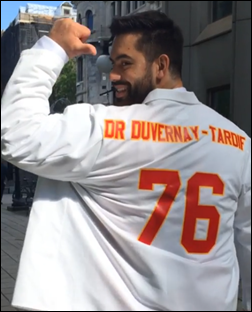