Activist investor Elliott Management — whose criticism of Athenahealth caused the company to fire founder and CEO Jonathan Bush, cut costs, and seek a buyer – joins several other would-be suitors that will pass on acquiring the company at Elliott’s previously offered price of $160 per share.

Elliot says its due diligence has turned up significant Athenahealth problems. ATHN shares dropped sharply on the news.

Athenahealth will extend its bid deadline by 10 days through September 27.

Critics of Elliott’s tactics speculate that the firm is hoping that Athenahealth will accept a fire-sale price to avoid the public embarrassment of eliciting no acceptable offers.

From NXGN Woes: “Re: Nextgen. Employees were told last week that two C-level executives are leaving the company. Operations employees will report to the CFO.” Unverified. NXGN Woes provided names, although I’ll decline to include them since their LinkedIn entries and the company’s executive page remain unchanged. UPDATE: a reader tells me that marketing SVP Tamra Rushing has been replaced and provides this internal email from CEO Rusty Frantz:

Due to personal reasons and effective immediately, Scott Bostick has made the decision to step down from his position as Chief Operating Officer and into an Individual Contributor role reporting directly to me. Please join me in thanking Scott for his leadership as he transitions into this new role. Further, in the coming weeks, the executive team will work with the senior leaders within the client services organization to ensure a successful transition under the leadership of our Chief Financial Officer, Jamie Arnold. The leaders who will now be reporting to Jamie Arnold include: Mitch Waters –  SVP, Sales, Colleen Edwards – SVP, Marketing, Allen Plunk – SVP, Managed Services, and Ben Clark – SVP, Client Services. At this time, we will not be backfilling the Chief Operating Officer role. We will move forward with a flatter organizational structure to ensure continued success of the commercial client facing organization.

From Jellico: “Re: KLAS. We dropped out of the relationship after they failed to contact any of the dozens of our consulting firm’s clients whose names we provided. All of the four KLAS reps we had been assigned over several years have left the company. I’ve kept in touch with two of those and both say they were uncomfortable collecting money from vendors they were rating. It will be interesting to see if Black Book gains traction. They appear to be more straightforward and they don’t accept monies from vendors they rate.” I’ve found KLAS’s market reports to be informative in how they broadly characterize a particular market segment. I have less confidence that they use enough statistically defensible methodology to rate individual vendors reliably. Still, the company’s business model is propped up by (a) the high-ranked vendors who usually keep paying in hoping of remaining on top, and (b) the also-rans who believe – accurately or not – that maintaining or increasing their KLAS payments will improve their chances of earning KLAS bragging rights. No CIO in their right mind would buy something based on KLAS scores and I suspect that few do, but anxious vendors are always looking for a competitive advantage and hope KLAS can provide it, even if indirectly. In KLAS’s defense, consulting firms (of which they are arguably one) often make recommendations to clients based on laughably subjective factors gleaned from casual conversations that they package up into impressive PowerPoints, so it’s hardly a new concept. I enjoy the Black Book survey results, where they survey huge numbers of people and then slice and dice their responses into a mind-boggling set of reports whose statistical underpinning and transparency seems reasonable. A significant deficiency of many of the survey-type reports I see is that they fail to categorize respondents (do they work for a single hospital, a health system in a corporate role, or a medical practice?) and they often fail to distinguish between a vendor and its multiple products (which Allscripts EHR were the respondents talking about?) 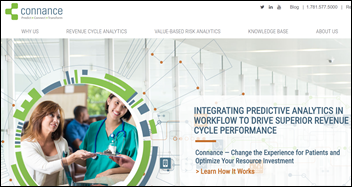 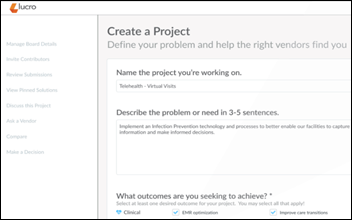 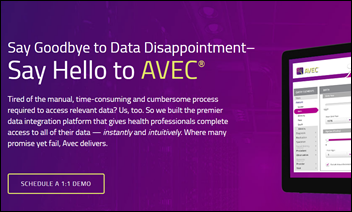 Signet Accel, the Ohio State University spinoff that offers the Avec data integration platform, has reportedly downsized and parted ways with CEO John Raden. I also noticed that former EVP of Sales and Marketing Brenda Barry has gone back to her previous employer after one year on the job. Regenstrief President/CEO and AMIA board chair Peter Embi, MD, MS was a Signet Accel co-founder and medical advisor.

Silicon Valley venture capital firm Kleiner Perkins will spin off its digital health group – which includes some of its most prominent partners, who have invested in Uber and Stripe – into an independent group. The early-stage team will continue to operate under the Kleiner Perkins name. The firm’s healthcare technology investments include Collective Medical, Livongo, and Mango Health. It previously invested in Teladoc.

Jeff Sturman (Cumberland Consulting Group) joins Memorial Healthcare System (FL) as SVP/CIO. He was previously SVP of IT there from 2004 to 2012, where he led its selection and implementation of Epic. 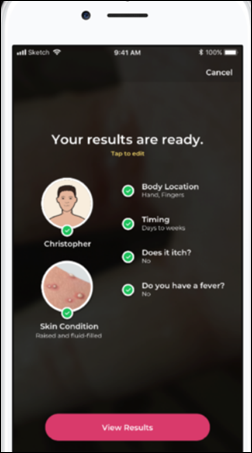 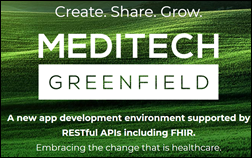 Meditech announces Greenfield, a third-party app development environment that supports FHIR and will offer a store of approved apps. 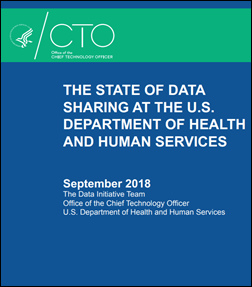 HHS publishes a report covering the state of its data sharing among its 29 agencies, noting problems that include a lack of standards for inter-agency data requests; variation in technical formats and approaches; the variety of statues that regulate data collection project; and the increased chance of privacy violations as data availability increases.

California doctors will be required to consult the state’s prescription drug monitoring program database before prescribing opiates under a law that takes effect October 2. The CURES system was developed in 1997 and updated in 2009 and 2016, but a 2012 newspaper investigation found that less than 10 percent of doctors and pharmacists had even bothered to sign up for access.

In Africa, the governor of Nairobi makes an unannounced visit to a maternity hospital to follow up on complaints of negligence, orders an employee to open several unlabeled boxes and bags in a storage room. and finds the bodies of 12 infants. Reports suggest that the babies died when the hospital’s incubators lost electrical power. The government will follow up with investigations into rumored child trafficking and giving babies to the wrong families. Kenya’s public hospitals are mismanaged, underfunded, and staffed by doctors and nurses who have gone on strike over low pay and poor working conditions. 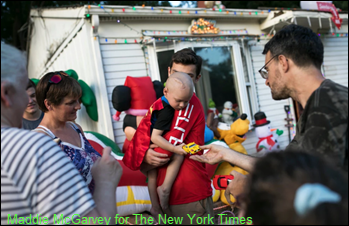 A Cincinnati neighborhood creates a Christmas celebration for a two-year-old whose aggressive brain cancer is likely to kill him before December. Six neighbors of Brody Allen’s family put up their Christmas lights early, sent cards, and will have a Christmas parade that includes fire trucks and supporters driving their own cars. He is too weak to walk, so his siblings wheel him around the neighborhood in a Red Flyer wagon covered with blankets. 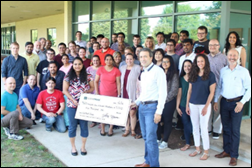