Part of being a clinical informaticist is understanding how to lead organizations through change, especially complex and transformative change. Culture is a big piece of that, and I’m often amazed at the disparities in culture among organizations that feel they are high-performing. I see entirely too many people who are burned out from lack of work-life balance, and who feel that they need to be constantly connected in order to stay afloat at work. It used to be that the after-hours email crew was either trying to get ahead or using remote work strategies to accommodate a flexible work schedule, but now it seems to be the status quo. I see a lot of parents missing out on their children’s activities because, although they are physically present, their thoughts (and eyes) are turned to laptops and phones. I’m sympathetic to the parent who is camped out at a four-hour track meet to watch their child run a  10-minute race, but I’ve also seen parents spend an entire event working email, not seeing their child participate.

The New York Times ran a piece that covered the idea of employees working during their commutes. According to researchers, half of workers addressed work email or documents as they commuted. One researcher commented that those studied “didn’t see it as official work time, but something to make their lives easier.” The piece goes on to detail efforts in other countries, such as France and Norway, to either limit the length of the work week or to allow employees to count their commutes as working time due to being under the relative control of their employers during those hours. A recent court case in France addressed after-hours, on-call compensation. My observations from not only the healthcare provider side but also the vendor side are that many workers are required to be “on-call” nearly 24×7 without any additional pay. Since they’re classified as “exempt” employees, there is no overtime, and no limit to the work they can be expected to do. The only protections for those workers is for them to vote with their feet.

The comments on the piece are worth a read, with some making the point that workers are forced to be available at all hours and others pointing out the amount of time that workers spend surfing the Web and doing non-work tasks during the traditional work day. One commenter noted the number of people who are expected to be on conference calls while commuting, and I’ve definitely seen an uptick in that. People are trying to take calls from the train (sometimes in the quiet car) and even on planes, using VOIP to try to connect when they’re in the air. There were several negative comments directed towards those seeking work-life balance, one trying to make the point that working email isn’t “work” and insinuating that family leave or bereavement days are an indulgence. They do paint a compelling picture that many employees feel their workplace culture is broken – and although I see companies paying lip service to the idea of work-life balance, they don’t always make good on their stated intentions.

In many situations, rendering providers aren’t paid overtime – even when we do shift-work such as in the emergency department or as a hospitalist, we’re expected to spend whatever time is needed to wrap up patient care or complete documentation after our scheduled hours end. In my hospital career, I was never paid past my scheduled shift even though I spent many hours in the ED getting patients transferred to other units, writing incident reports, or handling other tasks that couldn’t be done while I was actually seeing patients. My current organization has wrestled with this for the last several years, and recently agreed to pay physicians for the hours actually worked, even though it’s not overtime per se. Physician Assistants and Nurse Practitioners were already paid for actual hours worked, but physicians were only paid based on their scheduled shifts. It’s not a perfect solution – the physician has to work at least half an hour past his or her scheduled end time before the extra payment provision goes into effect, and we’re only paid as long as patients are physically in the building, not for any resulting documentation or follow-up. Still, it’s gone a long way towards physician satisfaction, especially when you have patients walking in the door as the staff is trying to lock it. 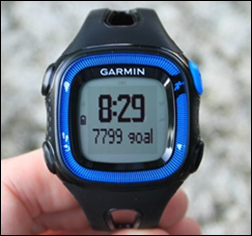 When I’m wearing my clinician hat, I don’t ever have to worry about not hitting my daily step goal. As healthcare IT workers, though, we have known for a long time that our sedentary lifestyles place us at risk for unhealthy outcomes. Now the World Health Organization has issued a report showing that there has been little progress in getting people to be more active. WHO estimates that more than 25 percent of people worldwide don’t get enough activity on a daily basis. That’s approximately 1.4 billion people and the percentage hasn’t changed much in the 15 years where data was available. Not surprisingly, high-income countries were more sedentary. The UK and USA had inactivity percentages that increased from 32 to 37 percent, where low-income countries stayed steady at 16 percent. Inactivity was defined as less than 150 minutes of moderate exercise (or 75 minutes of vigorous exercise) weekly. The authors noted decreased exercise in women compared to men for most countries, which they attribute to cultural factors and family responsibilities (such as child care) that reduce the time available for exercise. Other factors impacting activity include sedentary jobs, use of motorized transportation, and sedentary hobbies.

I’ve made a conscious effort to try to be more active even when I work from home. I’ve got my printer on another floor of the house, which forces me to get up if I need to get documents, and I make a point of going to the kitchen when I need a drink rather than always keeping something on my desk. I intentionally park far from the door when I go shopping, and I’m hoping that those little factors add up. I also hit the treadmill when I’m on a listen-only conference call or attending an educational presentation, so that helps not only with cardiovascular fitness but with avoiding somnolence during certain presentations. I really logged the miles when I was listening to quarterly earnings calls and recordings of the ones I couldn’t attend in real time.

What’s your favorite strategy for increasing activity? Leave a comment or email me.