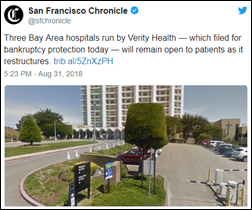 As predicted, California-based Verity Health files for Chapter 11 bankruptcy in an effort to survive the health IT missteps of billionaire Patrick Soon-Shiong, MD who acquired the health system in July 2017 with promises of achieving the Triple Aim using Allscripts technology, which he seemed to favor as a company investor. Implementation efforts have been put on hold as the frustrations of local officials mount. “It has become crystal clear by the bankruptcy announcement that he virtually had no intention of keeping these hospitals open and to continue to serve the poor like the Daughters of Charity [the past owners] did,” says city official David Canepa. “The whole thing seems like one big lie.” 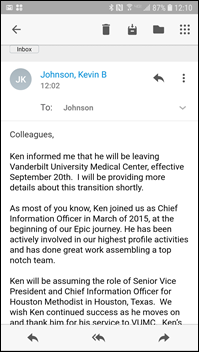 From Vumcit: “Re: CIO departure at VUMC. Vanderbilt operating revenue down 68 percent after Epic implementation. CIO leaving. Unofficial hiring freeze in place.” It appears CIO Ken Letkeman will be heading to Houston Methodist after overseeing Nashville-based VUMC’s $200 million switch to Epic last November. The hospital’s latest financial statement says that while the drop in revenue was planned for, the implementation caused “muted” procedural volume, though future gains are expected.

From Savoy Special: “Re: Teladoc. Teladoc Rx ordering suffered widespread outage for over 36 hours between 8/29 and 8/31. After hours on the phone with Teladoc getting multiple stories, with the only consistent theme being ‘It’s not us, it’s them’ in a vague reference to a downstream integration or e-prescribing vendor platform doing an upgrade or emergency fix. Messages are flowing in a FIFO manner as of 9 a.m. ET on 8/31.” Unverified. Teladoc uses e-prescribing services from Surescripts. 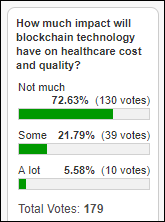 Blockchain’s potential impact on healthcare seems to be minimal at best, which makes me wonder if an emperor-with-no-clothes mentality has swept investors (and other media outlets) off their feet. Clarence says, “The biggest impact is the cost of time and energy spent exploring this fruitless and wasteful expenditure.” Former CIO explains that, “It’s a database, a really slow database. What database has ever impacted cost or quality? When has a slower technology ever improved anything in healthcare?”

New survey to your right or here: Would you resort to sharing your medical bill with the media in hopes of getting it reduced?

Virtual care software vendor Zipnosis raises $3 million in a Series B round, bringing its total funding to $22 million. 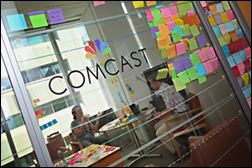 The New York Times profiles Comcast and the surprisingly savvy investments it has made to keep healthcare costs down for its employees. (Most employees have a $250 deductible.) Through its Comcast Ventures investment arm, the much-maligned cable company has developed financial relationships with startups like Accolade, which helps employees navigate their health benefits; and Grand Rounds, which helps patients find second opinions. Comcast offers their services to its employees, plus virtual care from Doctor on Demand. It’s next admittedly self-serving play is to ensure the financial health of its employees through a startup it has created and funded call Brightside. Accolade co-founder Tom Spann made his debut as CEO of Brightside at the HLTH conference in Las Vegas.

HCA Healthcare buys Mission Health for $1.5 billion and pledges to invest $25 million in an innovation fund for the North Carolina-based system. Coincidentally, HCA is part owner of St. David’s Medical Center in Austin, TX, which slapped patient Drew Calver with a $109,000 bill for heart attack treatment, but then ultimately slashed it to $332 after receiving negative national media coverage it couldn’t “neutralize.” 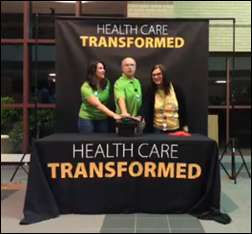 An interop enthusiast reflects on Epic CEO Judy Faulkner’s UGM comments on the benefits of “One Virtual System Worldwide.” 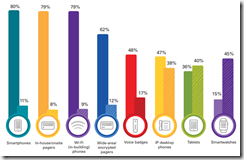 The integration of new devices for better communication tops the list of call center process-improvement goals, according to Spok’s inaugural survey of 400 providers involved with call-center strategy. Pagers are still going strong as a top communication method for staff, nearly tying with smartphones. Smart watches seem to be high on everyone’s wish list.