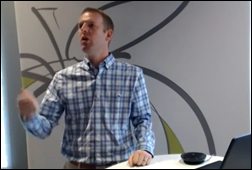 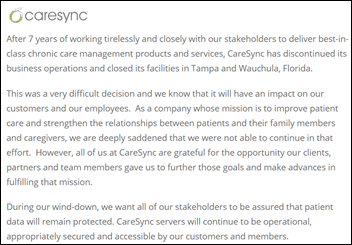 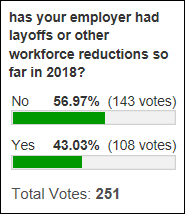 A slight “most” of poll respondents say their employer hasn’t laid people off in 2018. Layoffs are business as usual for many companies, it seems. Maybe that’s a more face-saving option for employees who would otherwise be fired – the health system layoffs I’ve had a hand in orchestrating were all designed to part ways with subpar performers without having to go through the internal and legal challenges of firing them.

New poll to your right or here: do you admire and respect the highest-ranking executive of your employer? 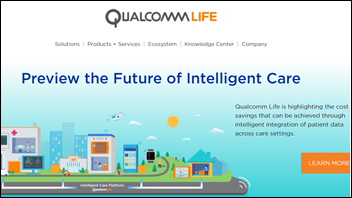 Cost-cutting Qualcomm is seeking a buyer for a majority stake in its Qualcomm Life subsidiary, which includes the 2net remote patient monitoring system and Capsule medical device integration platform.

Politico reports that Allscripts is offering voluntary retirement to a large number of employees. 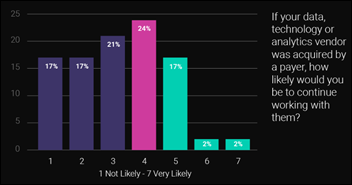 A Reaction Data report finds that negative opinion about payers acquiring vendors has increased, as has hesitation about sharing information with those companies.

A JAMA Network op-ed piece co-authored by former CMS administrator and IHI President Emeritus Don Berwick, MD, MPP says HIPAA causes “serious obstacles to patient care” as misinformed providers refuse to share information with each other and to provide information to family members. The authors note that any time a clinician or clerk says, “I wish I could tell you but HIPAA won’t let me,” they are likely untrained or working under misguided organizational policies. They recommend:

The Madison newspaper describes the VA’s early success in rolling out Epic’s scheduling system. Lead contractor Leidos says it can implement the entire VA system on the system in two years for $350 million versus its contract that calls for a five-year implementation at a cost of $624 million, although the VA hasn’t committed yet or announced its plans following its selection of Cerner.

Former doctor Elisabeth Rosenthal’s New York Times opinion piece says that the White House’s detail-light hopes that encouraging free-market principles to bring drug prices down hasn’t worked historically, as drug companies keep raising prices as a group even as competing products are introduced. It notes that lifesaving leukemia drug Gleevec – invented by a researcher who didn’t seek a patent for it and never made a penny from it – cost $26,000 when it was first marketed in 2001 and has spawned several competing products since, but all of them now cost $150,000 per year.

I received several emails that provided details about the reorganization of Ascension Information Services in which somewhere between 200 to 1,000 employees were rumored to have been let go: