American Academy of Family Physicians asks HHS and ONC to reduce the health IT burden of clinicians, specifically recommending that they:

From Pickleball: “Re: Bob Dolin. Professional organizations that I belong to have formal ethics codes and committees that would exclude individuals from membership for such behavior. I would suggest that HL7 needs to show some leadership in terms of standards, not just with respect to electronic formats. While societal interests aren’t served if a talented individual becomes unemployable after serving out a physician, Dolin’s crime as a physician was a particularly heinous violation of public trust. According to published accounts, he downloaded lots of images onto work computers, which might be relevant to informatics where one is interfacing to an organization’s computers or accessing EHRs that could include photos or private information about children. I tend to be empathetic and accepting of the frailties of individuals, but in this instance, I don’t think the informatics community should simply welcome Dolin back as though nothing happened.” For another viewpoint, I have run a lengthy comment as its own post titled “Readers Write: In Defense of Bob Dolin.”

From Constantine: “Re: a radiology question for your readers. Are any healthcare organizations sending preliminary results from a radiology AI application to the EHR prior to radiologist review?” It will be interesting to see if radiology departments trust AI analysis enough to post the preliminary interpretation in the EHR. My guess is no, but we will see. 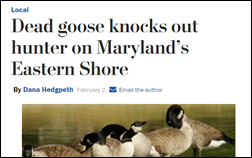 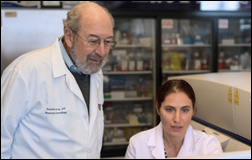 From Aleutian: “Re: Stanford cancer vaccine announcement. Sounds promising. What do you think will happen?” Oncologist Ronald Levy, MD and postdoctoral fellow Idit Sagiv Barfi, PhD (above) find that directly injecting a combination of immune-stimulating agents into mice tumors (breast, colon, and melanoma) kills both the tumor and any metastases, in essence curing cancer in 87 of 90 mice. If it works in humans – and that’s a big if – the treatment would offer a fast, cheap way to stop cancer in is tracks without the side effects inherent with tweaking the patient’s entire immune system. Stanford is starting clinical trials in lymphoma patients, for which we should all keep our fingers crossed. It sounds like they will find out quickly if it works since the effect is nearly immediate.

From Privacy Guy: “Re: DuckDuckGo’s privacy browser add-in. It doesn’t grade the HIStalk site well and they’re apparently anti-Google and Facebook.” The HIStalk low grade is because the site (a) doesn’t use encrypted sessions, and (b) articles sometimes link to rather innocent third-party systems such as Twitter and YouTube that can track user behavior. I’m considering implementing SSL security just because Google downgrades search results for unencrypted sites, but there’s little benefit otherwise – the only information you can enter here that could be intercepted would be an article comment.

Most poll respondents attend the HIMSS conference either because their job requires it or because they like socializing and visiting the exhibit hall. I can’t say I’m shocked.

New poll to your right or here: Would you be satisfied if your doctor prescribed a digital health app rather than a medication?

Thanks for the great responses to “What I Wish I’d Known Before … Taking a Job Selling Software to Hospitals or Practices,” which contains useful insight whether you’re a seller or a buyer.

This week’s question is timely – if you’ve attended the HIMSS conference as an exhibitor, take a minute to share your thoughts about what you wished you had known beforehand.

Welcome to new HIStalk Platinum Sponsor Mobile Heartbeat. The Waltham, MA company is a leading provider of enterprise mobility clinical communications and collaboration solutions. Its Clinical Unified Results Enterprise (CURE) technology powers MH-CURE, which improves clinical workflow by giving clinicians what they want and need, no matter where they are. MH-CURE consolidates alarms, notifications, patient information, lab data, texting, voice, and photography. Some of the country’s largest health systems have reported results that include 31 percent faster clinician response time, 50 percent improvement in HCAHPS scores, and 50 percent reduction in noise. Its patient-centric Dynamic Care Team director connects team members – inside and outside the hospital – to the patients they are caring for, ensuring that patient alerts and notifications are sent to the right person, who can then quickly engage other team members. Thanks to Mobile Heartbeat for supporting HIStalk.

CPSI announces Q4 results: revenue increased by 21 percent, EPS –$1.57 vs. $0.15, although the loss included a $28 million impairment charge. From the earnings call:

I missed this earlier: Quality System (NextGen) posts Q3 results: revenue up 3 percent, adjusted EPS $0.15 vs. $0.23, beating revenue expectations slightly and meeting on earnings. QSII shares have dropped 20 percent in the past year and are trading at their 52-week low, valuing the company at $800 million.

A review of the New York healthcare startup landscape predicts that health IT investment will decrease in an overheated market, with the hope that someone will buy digital health companies that are losing too much money to run an IPO. Most of the M&A involved big companies buying point solutions vendors for under $100 million. A growth equity executive says hospitals are busy running expensive EHR implementations and insurer consolidation has left fewer customers in that sector, so pharma is the best bet.

The state of Queensland, Australia selects Sunquest for a 10-year, $54 million laboratory software and services contract. 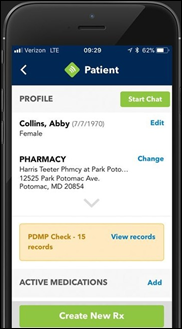 DrFirst announces a mobile e-prescribing app intended to improve opioid prescribing by integrating with state PDMP databases, providing medication history and medication adherence information, and making it easier to prescribe shorter-term therapy that can be easily extended if needed.

Healthcare spending jumped 15 percent from 2012 to 2016, not because patients consumed more services, but because providers keep raising their prices unsustainably even as usage declines. Surgical admissions declined 16 percent, but the average price increased $10,000 to $42,000. 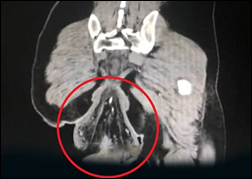 In China, a man playing games on his phone while sitting on the toilet for 30 minutes has a rectal prolapse and requires emergency treatment. You publish-or-perish academics might want to create an observational study to determine how many people (with a male vs. female comparison) whip out their phones during stall visits of greater than two minutes.