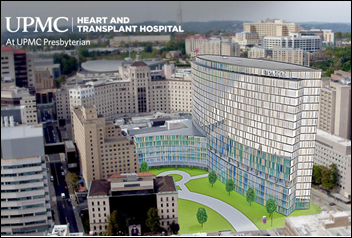 UPMC calls the new facilities “digitally-based specialty hospitals.” Microsoft is also working on the project in an unstated capacity, with a goal of changing “what today is often a disjointed and needlessly complex experience for patients and clinicians.”

UPMC says it will reallocate existing beds to the new facilities. The Pittsburgh market has an excess of inpatient beds.

UPMC declared itself as “the global destination for outstanding healthcare” in its announcement, in which it also states its aspiration to become “the Amazon of healthcare.” The 39-hospital, 80,000-employee UPMC also predicts it will double in size within five years. Its annual revenue is $17 billion. 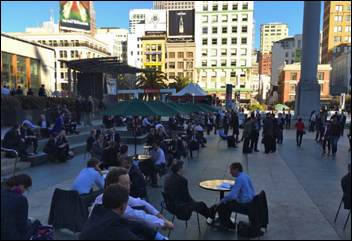 From Jingle Pockets: “Re: the JP Morgan Healthcare Investor Conference in January in SF. What are the best digital health parties?” I’ve never been invited or attended that conference since it’s for JP Morgan clients only as I understand it, so I can’t help. However, I’m sure some readers have been there and might offer suggestions.

From Skilly Litigator: “Re: Citrix. Do you think most hospitals are aware of the software pieces-parts on which they rely daily or do they believe vendor claims that they wrote everything in-house? Do contracts require the big vendors to disclose the third parties whose solution their products require? Do customers ask for specific details about their rights as a sub-licensee? At least one vendor had their reliance on previously undisclosed third-party components disclosed in a lawsuit relating to sublicensing agreements. What happens if the parties go their separate ways or if a once-removed sublicensor retires their product?” Most clients would be aware of expensive third-party components like Citrix, Cache, or drug databases, but probably less so of free and possibly invisible components. Vendor developers use a lot of tools that could be sunsetted, while products that run on servers (web or otherwise) assume that the components they require will be around forever. Perhaps readers would be interested in a webinar on the topic – I’m open to suggestions. I don’t want to be an alarmist if few problems have cropped up related to third-party software components, but maybe it’s a bigger exposure than I assume. I haven’t received confirmation that Citrix hiked their license fees significantly as one hospital executive reported here previously.

From Graysky: “Re: Lucro. Consider asking Bruce to disclose ownership interests to your readers when he’s publishing Readers Write articles. Several of the Nashville hospital operators have direct equity in Lucro, which is nothing more than a way for these hospital operator executives to advertise vendors that they have a personal ownership interest in through Lucro. CHS and Lifepoint contribute to the Heritage Innovation Fund, which provides VC funding to many of the vendors that advertise on Lucro. Lucro has already raised a round of funding with Heritage.”

From Cherokee People: “Re: Columbus Regional Health Physicians (IN). Went live on Epic at most of its affiliated and owned physicians offices Wednesday. The hospital is a Cerner shop and has been for a few years now. I’m not aware of any practices affiliated with or owned by Columbus Regional Health that implemented Cerner’s ambulatory solutions.”

Poll respondents say GE Healthcare has taken the biggest ambulatory EHR fall, although the other vendors listed aren’t far behind.

New poll to your right or here: Have you ever donated money to a hospital or health system without being pressured and without expecting a personal benefit? Those of us with health system management experience know that feeling of dread when the calendar invitation arrives for the upbeat meeting in which we will be collectively pressured to donate to hospital projects or to the United Way, with the clear but carefully unstated hint that our strong-armed magnanimity could affect the “team player” portion of our performance reviews. I would rather flush money down the toilet literally than to give it to hospitals to flush figuratively, but that’s just jaded and cynical me. 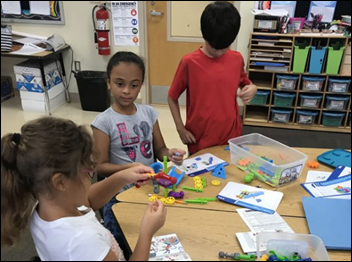 We provided STEM activity kits for Ms. P’s elementary school class in Florida in funding her DonorsChoose teacher grant request. She convenes STEM creation periods 2-3 times per week in which the students choose which materials they want to use, concluding, “The creativity and collaboration going on at this time is priceless. I also love watching how they take each other’s ideas into consideration and work together to make the best end result possible.” 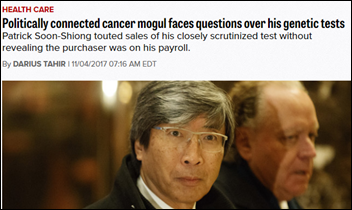 Politico reports that Patrick Soon-Shiong publicly bragged to investors about sales of NantHealth’s GPS Cancer genetic test to hospitals without telling them that some of the ordering doctors are or were on his payroll as consultants. 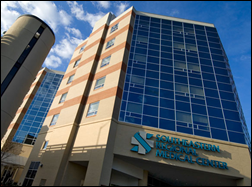 Southeastern Health (NC) will go live on Epic this month under its shared services agreement with Carolinas HealthCare. 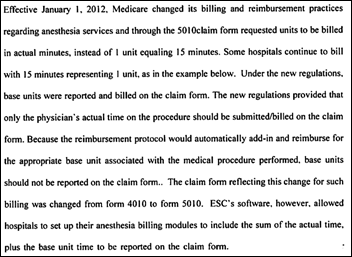 A former compliance team member of Epic customer WakeMed (NC) files a whistleblower False Claims Act lawsuit claiming that Epic defaults its software to bill both anesthesia base units and procure time in surgical cases, resulting in double billing that totals hundreds of millions of dollars across all Epic clients. Epic says the whistle-blower apparently doesn’t understand how claims software works and notes that the Department of Justice has already declined to get involved. 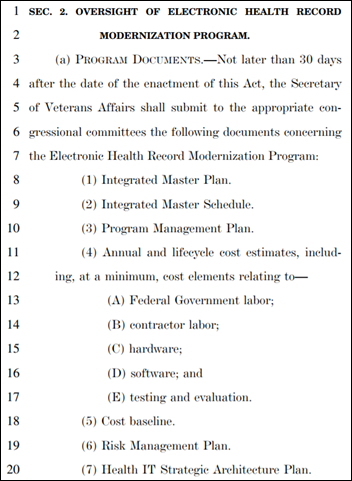 Four members of Congress who serve on the House Committee on Veterans Affairs introduce legislation that would compel VA Secretary David Shulkin to provide the committee with documents covering timelines and costs of its planned Cerner implementation.

New FDA guidance tells medical device vendors that it’s OK to share the information that those devices collect directly with the patients using them with seeking additional FDA marketing approval, as long as those manufacturers provide no further interpretation than they already offer to physicians. FDA also acknowledges that some devices don’t collect information in a patient-friendly or shareable format and suggests that manufacturers tell patients to contact their doctors with any questions. 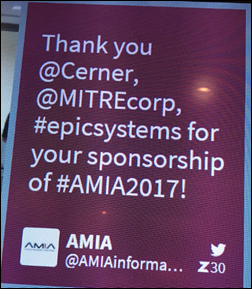 Craig Joseph, MD notes the awkward signage required to tout Epic as an AMIA 2017 sponsor despite the absence of a company Twitter account.

Drug overdose deaths jumped 21 percent last year, a bigger increase than that of the previous four years combined. Gun-related deaths also took a turn upward from 9,600 to 11,000, with two-thirds of the total involving suicide. The biggest killers – cancer and heart disease – are on the decline, although drugs and guns more than offset those as the death rate actually increased. 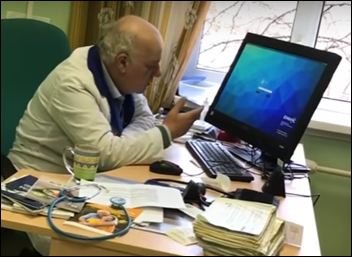 An apparently intoxicated cardiologist in Russia takes sick leave after being captured on video rambling incoherently and trying unsuccessfully to enter his computer password.