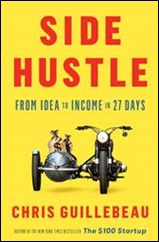 When I first started consulting, I did it as a bit of a “side hustle” on top of my CMIO day job. My initial focus was helping small practices with system selection, since this was in the early days of EHR adoption and many didn’t have the resources, time, or understanding to know where to begin with the process. It was as much about providing a service to my peers and keeping them from being led astray by vendors who would promise them the moon but who were only able to deliver them a lump of gray dust.

I had a fair amount of experience in this area, having been through a process with my first EHR which barely worked and where every question I asked was treated as an “enhancement request.” Of course, I also had some pretty hefty student loans to pay off and wanted to make a larger dent in them than I was able to do with my salary, so I can’t say my motivation was entirely altruistic.

As Meaningful Use launched and the market exploded, my side hustle grew and I learned more about what made different kinds of practices tick, long with a great deal about what turned that ticking into a time bomb. I started to run into work where I would need to help recover what was often billed as a poor EHR installation but turned out to be organizational dysfunction, and started focusing my available continuing education time on change leadership and related disciplines. I moved into optimization work, and as most of you know, was able to eventually quit my day job and go into business for myself.

I’m seeing history repeat itself, though, as the number of requests for assistance with system selection is increasing. Of course, this time around they’re largely system replacements rather than new installations, but the themes I’m seeing are the same.

Even though some practices are reluctant to move forward based on uncertainty around CMS reporting requirements in the coming years, others see the relative relaxation in requirements as a reason to move ahead with a new EHR system for 2018. Although the industry is seeing migration of smaller practices onto hospitals’ community platforms, we’re seeing a good number of groups that want to remain independent but don’t think their current vendor is doing right by them. The largest uptick in interest that I’ve seen is in specialty practices who want to move off of a broader EHR platform onto something that is more specialty specific, which poses its own challenges since the market has been consolidating and quite a few niche vendors have either left the market or have decided not to pursue full certification.

This has been educational as clients bring some vendors forward that I haven’t heard of before let alone interacted with, so there is a general feeling of déjà vu. It’s been a nice challenge to research the different vendor candidates and get to know their products and review the information they provide to sort the wheat from the chaff. This time around there are many more vendors who are willing to give clients short-term access to web-based products so they can kick the tires themselves rather than relying on sales demonstrations or just talk. I’m seeing more willingness for vendors to provide complimentary analysis of financial and claims data and offer recommendations on how to optimize the revenue cycle in preparation for a turnover. Some are offering packages to help work down the accounts receivable in the legacy system as a part of their quote for a new system. I’m also seeing willingness to deliver clinical optimization services as part of the sales process, making sure the prospective clients have the best chance at a successful migration.

None of this comes cheap, though, so vendors are really putting it on the line this time around. Maybe I’m seeing some over-confidence or maybe they have just learned from experience that successful EHR adoption is more than implementation of a system and automation or revision of processes. They want to fully understand where their potential clients are coming from so they don’t get burned by unhappiness after a less-than-successful implementation or wind up with a client who leaves them in five years or so.

In some ways, this is wise, but I’ve seen it play out in different ways with clients depending on what is found in those complimentary analyses. Some shoppers may see it as a chance to work with a knowledgeable vendor who has a vested interest in their future success. Others, however, are seeing it as a chance to go back for a do-over with this current vendor, often asking for complimentary services similar to or in addition to what they have already received from a potential replacement vendor.

This is causing significant stress for vendors at risk for replacement, who are being asked to spend what can be a relatively large amount of resources to retain their clients. For those who aren’t good at managing these expectations, it can accelerate a client’s departure.

I ran into a conflict of interest situation recently, where I was working with a client on a system selection. They wanted to leave a vendor for whom I have previously done some contract consulting, so I was familiar with how the vendor operates. Knowing the strength of the system and the way the client was struggling alerted me to the fact that the client had some non-software operational issues that needed resolution. I pointed this out to the client, but they wanted to proceed anyway and engaged me to attend demos with them and provide objective analysis. One of their prospective vendors also provided some complimentary services, so they decided to ask their current vendor for the same services.

Not knowing the client was working with me on a replacement evaluation, their current vendor reached out to me to try to salvage them. I would have loved to have switched hats and transfer my efforts to fixing the client on their current system since I had pointed out the client-side issues to my client in the first place, but contractual obligations tend to get in the way in situations like this. The client may decide to stop their replacement evaluation and switch gears to a remediation project, in which case I’m going to probably be out of the picture because the client isn’t going to pay me to do what the vendor is offering for free and I’m not comfortable working with the vendor on this particular client since I have specific knowledge of the recommendations of their competitors. I’m fine with it either way. I just want the client to receive what they need to get things moving in the right direction in the most financially responsible way.

I’m afraid this type of engagement may become the new normal as the forces of market consolidation continue to work and as clients become more concerned about the future. It’s often tempting to spend resources on buying a new system rather than spending to fix what you have. Although some might think of the latter as throwing good money after bad, often it’s a more responsible choice if the underlying system is a solid one. We’ve all seen people who spend $40K on a new car because they don’t want the hassle of spending $700 a couple of times a year on an old one, even though $1,400 per year is a lot cheaper than $8,000 a year in car payments plus higher insurance. From an economics perspective, this may not be much different, but the psychology around it is much more challenging. It certainly brings up issues that are challenging and that I’m looking forward to helping clients address.

Are you seeing movement with system replacements? Email me.