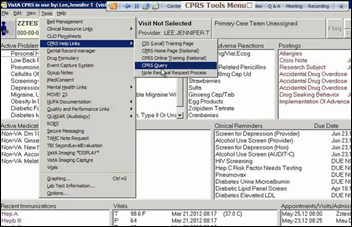 The VA confirms that it remains on track to make a decision about the future of VistA by July 1. It also raises the possibility of continuing to use VistA, but as a vendor-hosted service.

VA Secretary David Shulkin committed to the July 1 date last month. He has also said that the VA made a mistake in not working with the Department of Defense — which chose Cerner for its MHS Genesis project – to buy a single, integrated system.

The VA has hired consulting firm Grant Thornton to create a business case for four possible actions, one of which is to turn VistA over to a vendor that would then provide it as a service. 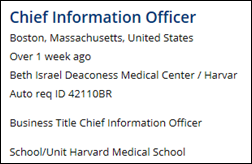 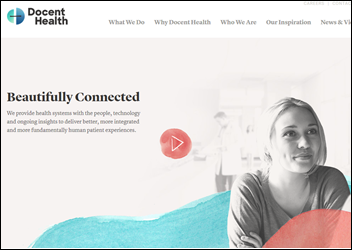 Welcome to new HIStalk Platinum Sponsor Docent Health. The Boston-based company provides health systems with the people, technology, and insights they need to improve and personalize the patient experience, giving each person a set of customized touch points to cover their journey. Its consumer-centric approach drives higher satisfaction scores by satisfying the human need of patients to understand and to be understood. The company provides on- and off-site liaisons – or docents – who coordinate with patients before, during, and after their clinical experience and who participate in nursing huddles and rounds to make sure the non-clinical needs and preferences of patients are met and to empower clinical staff to deliver empathetic care. Health systems get operational patient data dashboards and executive reporting to spot service gaps and identify community health needs. Doing the right thing also drives measurable return on investment via more loyal customers, better satisfaction compensation, and long-term savings. I interviewed CEO and industry long-timer Paul Roscoe a few days ago, obviously catching him off guard with my spur-of-the-moment question wondering whether “data-driven empathy” is an oxymoron. Thanks to Docent Health for supporting HIStalk. 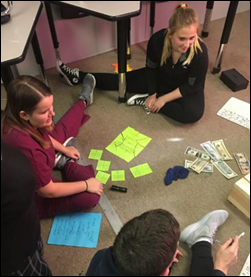 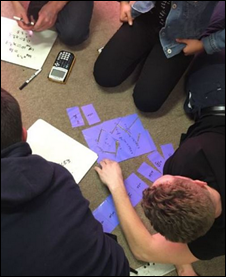 We funded the DonorsChoose grant request of Mrs. S in Missouri, who says her high school pre-calculus students are learning from the Breakout EDU problem-solving kit we provided. She says, “This donation to my classroom has completely engaged students. They are thinking critically and creatively while also practicing the content. I am so proud of my students during these challenges and their willingness to persevere and solve the problem. It is truly a learning environment any teacher would be thrilled to witness and it is all thanks to your generosity!” 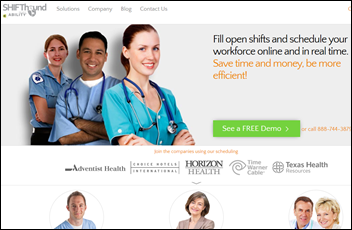 Attorneys for Chicago-based Tronc (the former Tribune Publishing) file a letter with the SEC in response to a complaint by NantHealth’s Patrick Soon-Shiong, who made a $70 million investment in the company last year to help thwart a hostile takeover attempt by Gannett. The company says that before investing in Tronc, Soon-Shiong first suggested that Tronc invest in NantHealth’s IPO, and after being rebuffed, then insisted that Tronc Chairman Michael Ferro make a personal investment in NantHealth is an “implicit threat” to pulling out of the deal. Tronc says Ferro took a $10 million stake in NantHealth to pacify Soon-Shiong. Tronc has removed Soon-Shiong for board member re-election and has capped his ownership stake, leading to accuse the company of intentionally squeezing him out. Tronc also claims that Soon-Shiong is demanding payments for Nant-provided technology he made available to Tronc to monetize its online content even though the technology turned out to be unsuitable. 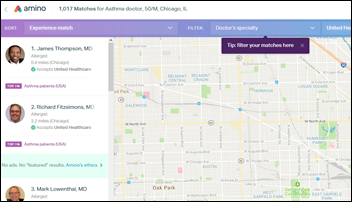 Doctor search website Amino raises $25 million in a Series C funding round, increasing its total to $45 million. The company makes money selling customized versions of its search function to employers and health plans and by offering access to its insurance claims database.

Orion Health Group shares drop sharply after the New Zealand company’s trading update predicts lower revenue. They’re down 61 percent in the past year with a market cap of $226 million. The company says it still hopes to swing to profitability in 2018. 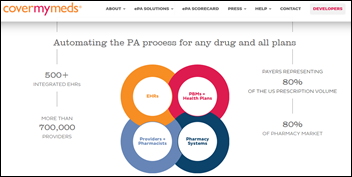 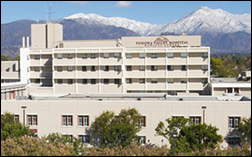 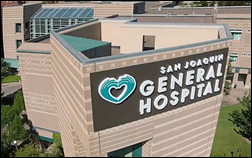 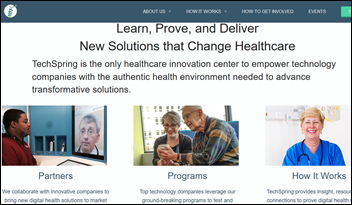 A small Spok survey finds that health systems rarely apply strategic hospital initiatives to their mobile strategy and don’t often include clinicians in their planning teams.

The revised ACA replacement apparently being pushed for quick approval would allow individual states to permit insurers to offer less than the current “essential health benefits” and to charge higher premiums for people with pre-existing conditions. Both were the pre-ACA norm, when less-expensive insurance bought directly from insurers (rather than via an employer) often didn’t cover pregnancy or drug addiction treatment and denied policies to those with relatively minor medical conditions. 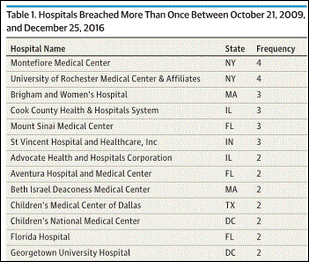 A review of significant hospital data breaches finds that major teaching hospitals were more commonly involved than smaller or non-teaching hospitals from 2009 to 2016, possibly because they allow more employees to view patient data. 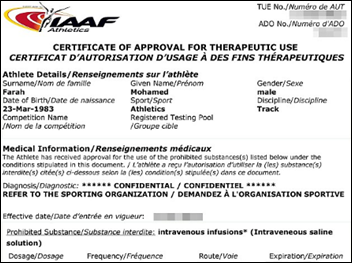 Hackers breach the systems of the International Association of Athletics Federations, exposing the information of athletes who have applied for exemptions that would allow them to use drugs contained on anti-doping lists. The Fancy Bears hacker group, which claims responsibility, previously published the medical records of mostly American and British Olympic athletes after the IAAF accused Russia of state-sponsored doping and banned their teams from competition.

ABCD Pediatrics (TX) is hit with ransomware, and though it was able to restore from backups without paying the hacker, it found evidence that its systems had been compromised for some time. 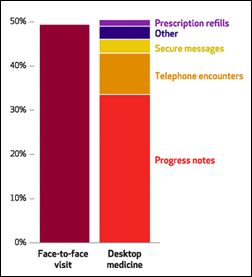 Ambulatory practice physicians in a community-based health system spend about as much time practicing “desktop medicine” as they do in face-to-face office visits, an analysis of time-stamped EHR records finds. Physicians are spending an increasing amount of time communicating with patients via the  patient portal, managing prescription refills, ordering tests, communicating electronically with staff, and reviewing test results, none of which are billable activities. Work that isn’t logged in the EHR made up the remaining 20 percent of the average doctor’s day. The authors suggest using scribes to manage progress notes, which they estimate would free up one-third of the physician’s time.

World Wide Web creator Sir Tim Berners-Lee wins the Turing Award (computing’s Nobel Prize) for that 1989 accomplishment, but his concern for net neutrality and an overly centralized, commercialized Web storage model that threatens individual privacy has led him to create Solid. Users would be able to decide where their data is stored and how it is shared. He’s also concerned that the web has been turned into a “purveyor of untruth” by an ad revenue model that rewards click-baiting rather than accuracy.

A study finds that ABIM’s Choosing Wisely campaign that encourages both clinicians and patients to skip low-value services had a small but statistically significant reduction in back pain imaging, for which patients often must pay out of pocket. It concludes that the 4-5 percent reduction indicates that consumer incentives may be ineffective for reducing low-value medical care. 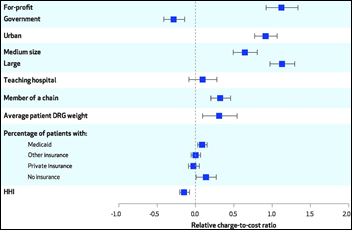 A study finds that chargemaster prices not only vary widely among hospitals, they correlate to the price actually paid by insurers and patients. Not surprisingly, list price was not correlated with hospital quality. The authors conclude that hospital list prices are neither irrelevant nor indicative of price gouging, but are rather a subtle method hospital use to get favorable deals from insurers, leaving uninsured patients stuck with paying the made-up high prices in cash while everybody else gets negotiated discounts. 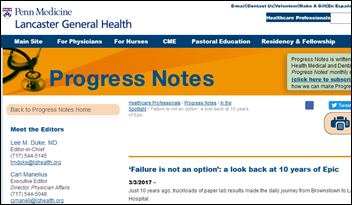 Doctors at Lancaster General Health publish a medical staff newsletter retrospective on its 10 years of using Epic. It refreshingly includes negatives as well as the expected positives – its larger-than-expected $100 million cost, the extra time some doctors spend documenting after hours, and its contribution to physician burnout. One surgeon says Epic is struggling to fulfill its potential because he has to look in other systems to review images, operative reports, and pathology reports, while also noting that EHRs are designed to optimize billing and therefore relevant clinical information is “buried in giant pile of clinically unimportant information.” 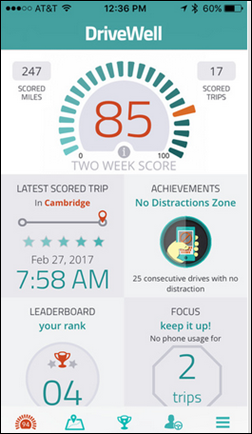 Cambridge Mobile Telematics, which offers brilliant smartphone driving apps to educate drivers and allow auto insurance companies to set rates based on driving habits, analyzes its user records to determine that drivers were distracted by their phones in 52 percent of trips that ended in crash, with an alarming one driver in four using their phone within 60 seconds of their crash. The company also found that distraction was just as bad in states with laws against using phones while driving. Users of the company’s DriveWell program reduce their phone distraction by 40 percent within two months. 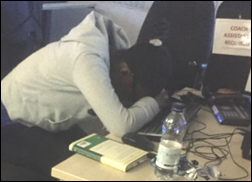 In England, a newspaper’s undercover investigation of the NHS 111 non-emergency hotline call center finds that workers sleep at their desks, send text messages while pretending to listen to callers, and put suicidal callers on hold until they hang up because “after a while you can’t talk to them no more – it just gets awkward.”

In England, an Iran-born doctor referred to by co-workers as “Little Hitler” loses his medical license after being found guilty of several bizarre outbursts in which he used vulgar terms to describe patients who didn’t bring him gifts, called his receptionist a “fat blob,” referred to a colleague as a cockroach that he hoped would die, and described to female co-workers his vacation adventure in which he “inserted his private parts into a hole in the wall at a nightclub.”