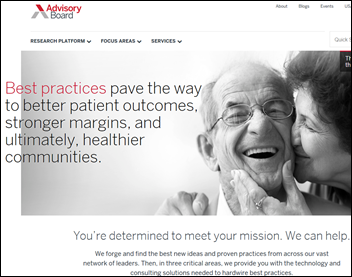 Advisory Board Company settles its differences with an activist investor, with SEC filings suggesting that hedge fund operator Elliott Management may be interest in acquiring some or all of the company after pressuring Advisory Board to hire an investment bank to explore strategic options.

Elliott had applied similar pressure to Cognizant Technology Solutions, of which it holds 4 percent of the outstanding shares, but reached an agreement with that company last month after Cognizant restructured its board.

Elliott, which is ABCO’s largest shareholder with an 8.3 percent stake, declared the stock undervalued in January. (update: I incorrectly stated that new purchases reported to the SEC on Friday had raised Elliott’s ownership to 16 percent, but it remains at 8.3 percent).

A slight majority of poll respondents who attended HIMSS17 say they discovered a product or service that has earned their further attention. Jef commented, “The lack of innovation is unnerving. This despite that 60 percent of exhibitors this year were first-time exhibitors! Makes one wonder where everyone has gone and why all the churn. Or maybe we know.”

New poll to your right or here: how will the health IT business change over the next year?

A reader recommended that I pose a weekly question to readers who can answer anonymously, with a follow-up post recapping the responses. He or she suggested this first question: describe one unethical decision your employer made in the past year. 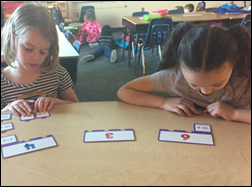 HIStalk readers funded the DonorsChoose grant request of Ms. O in Missouri, who requested math materials for her second grade class. She says they have enabled her to differentiate the instruction and practice work she assigns, adding, “I love how I can make problems and the kids can manipulate the materials to show their thinking. I also love how even for my highest of kids I have something that they can work on because I can easily change the materials to fit what they need.”

Listening: new from Portugal.The Man (that’s not a typo – there’s a period in their name), an Alaska-formed indie pop band whose music defies simple genre categorization beyond being personal, melodic, and featuring rich, expressive vocals and an everyman stage presence that lets the band’s talent speak for itself. Their acoustic album, 2009’s “The Majestic Majesty” is unbelievably good. Their spring tour starts this week, with the band swinging through Nevada, California, Arizona, New Mexico and then moving east through the end of July (with stops in HIT-heavy Madison, Atlanta, and Philadelphia). My gosh, they are amazing. 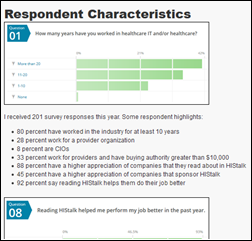 I’ve posted the results of my recent HIStalk reader annual survey. If you participated, thanks. I always learn from the responses. Readers suggest I pay an honorarium for regular contributions from people with these backgrounds, so let me know if you’re a candidate (note: it’s perfectly fine to write anonymously, as Dr. Jayne does, to avoid employer interference): 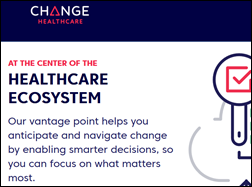 March 9 (Thursday) 1:00 ET. “PAMA: The 2017 MPFS Final Rule.” Sponsored by National Decision Support Company. Presenter: Erin Lane, senior analyst, The Advisory Board Company. The Protecting Access to Medicare Act of 2014 instructed CMS to require physicians to consult with a qualified clinical decision support (CDS) mechanism that relies on established appropriate use criteria (AUC) when ordering certain imaging exams. Providers must report AUC interactions beginning January 1, 2018 to receive payment for Medicare Advanced Imaging studies, with the CDS recording a unique number. Outliers will be measured against a set of Priority Clinical Areas and interaction with the AUC. This webinar will review the requirements for Medicare Advanced Imaging compliance and will review how to ensure that CDS tools submit the information needed for reimbursement.

Just-formed Change Healthcare is looking for a new headquarters location, reportedly considering a move to Atlanta from its leased offices in Nashville. 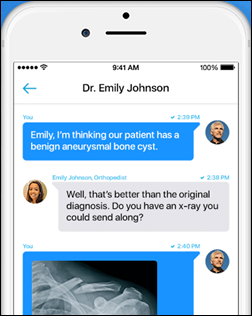 OhMD, which offers a texting app for patients and doctors, raises $1.2 million in a seed funding round. 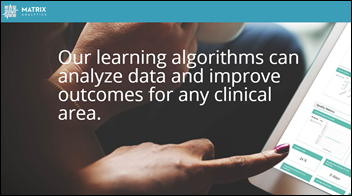 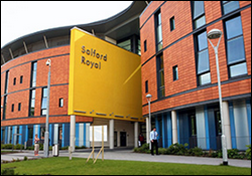 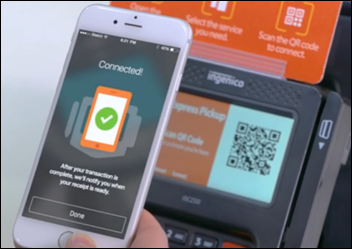 Walmart enhances its app to allow pharmacy customers to order refills from their phones, pay for them electronically, then breeze through an express lane where they use their phone’s camera to scan a QR code at the register, after which their prescription is handed over and they’re done. Walmart, can you please buy up some hospitals and physician practices? 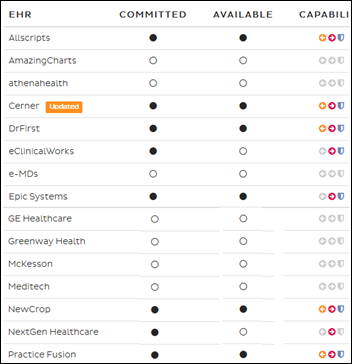 CoverMyMeds publishes its electronic prior authorization scorecard, which finds that EHRs representing 70 percent of the market committing to implement it.

In Canada, inpatients complain about the cost of in-room TV, phone and Internet provided as a package by a private company, mostly because they can’t predict their stay and thus can’t sign up for longer-term, cheaper packages. The company says its biggest expense is revenue sharing with hospitals, but the hospital in question says it gets nothing for making the service available. 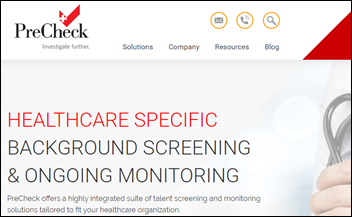 Swedish Medical Center (CO) — which is being sued by dozens of surgery patients who learned that an HIV-positive surgical tech tampered with their IVs to steal narcotics — had outsourced its employee background checks to a private company that failed to uncover the tech’s history of addiction, drug theft, Navy court martial for drug theft, and termination from four hospitals for stealing fentanyl. The class action lawsuit now includes Texas-based PreCheck. The tech, meanwhile, had an additional year tacked on to his 6 1/2 year sentence when he decided to take a family vacation on his way to prison.

Athenahealth’s Jonathan Bush weighs in on the state of health IT:

We’re in the Stone Age. Pretty much everybody thinks of an EHR as a piece of software. There’s no connectivity. Athena is trying to create the second generation. Doctors spend more money administering their office after investing in technology than they did before … That’s never happened in any other industry in history … If you look at companies like Allscripts and NextGen, they were in the toilet. They were about to go out of business, and all of a sudden, $35 billion in federal dollars are earmarked only for EHRs. It was like Cash for Clunkers …  in healthcare, the line is, nobody ever got fired for buying Epic. I think that a lot of people are going to get fired for buying Epic in the next few years. And by the way, this isn’t a fault of Epic. To make it to the last dinosaur, you have to be a phenomenal dinosaur. And Epic and Cerner are phenomenal companies. They’re just not network medicine companies.”

Bizarre: Arkansas will execute eight prisoners over 10 days in April even though capital punishment has been suspended there since 2005. The state wants to finish its work – punishment for murders committed before 1999 and thus prior to the execution ban — because its supply of execution drugs goes out of date on April 30 and manufacturers no longer provide it for executions. The state hopes the inmates expire before its midazolam.