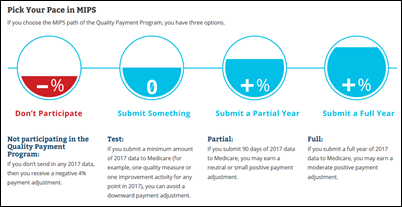 HHS publishes the final MACRA rule (2,204 pages, although much of it is draft comments with responses) with a 24-page executive summary (provided the executive in question understands a lot of jargon in sentences such as, “We are finalizing the method to calculate and disburse the lump-sum APM Incentive Payments to QPs, and we are finalizing a specific approach for calculating the APM Incentive Payment when a QP also receives non-fee-for-service payments or has received payment adjustments through the Medicare EHR Incentive Program, PQRS, VM, or MIPS during the prior period used for determining the APM Incentive Payment”) and a website explaining it. 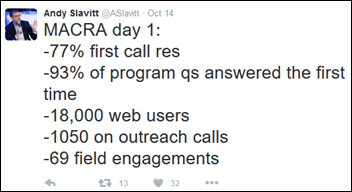 Other than a 0.5 percent fee schedule update in 2017 and 2018, there are very few changes when the program first begins in 2017. If you already participate in an Advanced APM, your participation stays the same. If you aren’t in an Advanced APM, but are interested, more options are becoming available. If you participate in the standard Medicare quality reporting and Electronic Health Records (EHR) incentive programs, you will find MIPS simpler. And, if you see Medicare patients, but have never participated in a Medicare quality program, there are paths to choose from to get started. The first couple of years are aimed at getting physicians gradually more experienced with the program and vendors more capable of supporting physicians. We have finalized this policy with a comment period so that we can continue to improve the program based on your feedback.

Like every other notable EHR-related legislation, the final rule came out on a Friday. Industry groups seemed mostly happy with it.

From The Hurricane: “Re: [vendor name omitted]. Laying off half its employees and being folded into of the parent corporation’s entities.” Unverified. I’ll keep my eye out.

Nearly 60 percent of poll respondents spend little to no time in their workday talking about patients and their needs. New poll to your right or here: How much work is your organization doing to prepare for Medicare’s 2019 issuance of new ID numbers to replace SSN?

These provider-reported updates are provided by Definitive Healthcare, which offers powerful intelligence on hospitals, physicians, and healthcare provider

A military-focused reporter’s article on the delay in the initial rollout of MHS Project Genesis at Fairchild Air Force Base (WA) says the DoD’s new Cerner system will be interfaced to legacy systems that include AHLTA, the ancillary department systems of CHCS, and CliniComp’s Essentris. It doesn’t indicate how or when those systems will be phased out by Cerner. 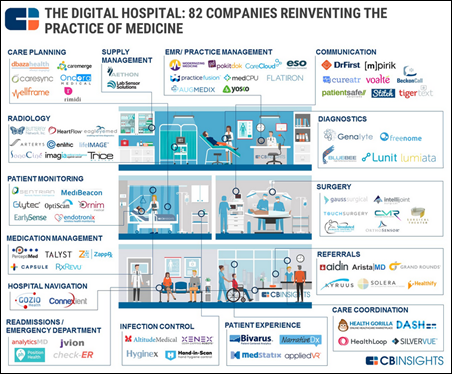 A UK psychiatric hospital pilots Oxehealth, which analyzes streaming video to monitor vital signs with no attached sensors and alerts staff if a patient appears to be at risk. 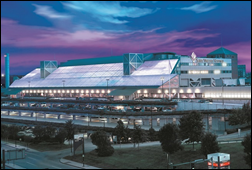 Surgeons at St. Vincent Hospital (MA) remove the healthy rather than the cancerous kidney of a patient after a mix-up with another patient’s CT results. Investigators also found several problems with patient ID bracelets, with a patient’s son receiving his father’s bracelet and another observed being taken to X-ray without any bracelet at all. They also noted that one patient had been registered with another patient’s name and was assigned two medical record numbers.

Texas authorities free the convicted murderer of a four-year-old boy because the county can’t afford to pay his medical bills. The inmate spent 967 days in incarceration in running up $19,000 in medical expenses, nearly 20 percent of the prison’s total annual medical budget. A local resident weighs in with the opinion that he should be just allowed to die untreated in jail as a cost for committing a crime.