ONC issues $250,000 in funding opportunity announcements for a cyber threat information sharing service. The application package indicates an award date of September 16 and indicates that it will choose an organization that is already performing similar cyber threat services. It expects the program to be self-funding since those organizations already charge fees for their services.

A second $150,000 cooperative grant has been issued from the Assistant Secretary for Preparedness and Response.

The grants were issued is response to a 2015 executive order that promoted private sector cybersecurity information sharing via Information Sharing and Analysis Organizations. 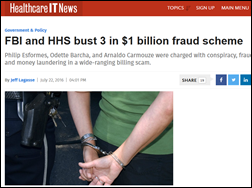 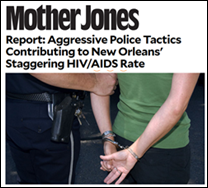 From Pierre La Terre: “Re: health IT rag pointless stock photos. Who’s the miscreant in the green shirt?” Publications think we’re not smart enough to read news unless there’s a picture, so they struggle when there’s nothing relevant to run given that they’re just re-wording press releases and crafting zippy headlines from afar. This particular well-worn photo of a green-shirted volunteer undergoing a mock sobriety field test in 2009 came from Wikimedia Commons and lives on as an uncredited breaking health IT news photo. Any resemblance to anyone involved in the HHS fraud case is unintentional.

From Grammar Warrior: “Re: grammar pet peeve. To ‘insure’ is to protect against financial loss. To ‘ensure’ is to make sure something happens. Ensure you get it right, people!” My recent peeves aren’t new: the use of “anymore,” which despite appearing in some dictionaries, will never look right to me instead of “any more.” I’m also annoyed at the phrase “build out” in trying to give physical attributes to some abstract IT concept, like “building out the EHR” (even if you like the analogy, which I don’t, the “out” is superfluous). Also, using “that” to refer to people (“people that complain bug me”) or using “who” to refer to organizations (“the vendor who screwed up is well known.”)

From Todd Margaret: “Re: top health IT Twitterati. One of the winners lists HIStalk among ‘critical community leaders’ whose primary means of disseminating information isn’t Twitter.” I glance pretty regularly at Twitter to get a quick read on what people are thinking, but most heavy Twitter users aren’t all that influential except maybe to each other. The “influence” equation must address reader reach, reader decision-making authority, and the writer’s ability to provide information that changes the minds of those decision-makers. Twitter is best at quickly capturing prevailing opinion about big-bang events rather than influencing anyone directly. 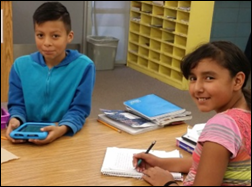 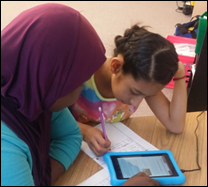 We provided the elementary school class of Ms. Johnston in Colorado with five tablets and headsets in funding her DonorsChoose grant request. She provides an update: “My students could not believe that someone would give us such a great gift and they took great pride in the care of our technology. In fact, one of my students, was so moved by the donation that she was designated as a classroom tech. She was excited to carry the role as she checked on their battery powers every morning, she cleaned the technology station, she wiped the headphones down at the end of the day, and she took leadership to ensure that other students were being careful. Thank you so much for this wonderful gift. These students have been given a rare opportunity to learn and apply technology in new and creative ways. This was a memorable experience for each of us. Thank you.”

Vince Ciotti is putting together “Rating the Ratings,” a series that will review the services offered by KLAS, Black Book, HIMSS Analytics, and others. Vince would be happy to incorporate your anonymous thoughts and experiences if you send them my way. Readers have made quite a few comments over the years about their company being suspiciously overlooked, being asked to buy something to be included, and wondering why specific clients were chosen when participating in some of the services. 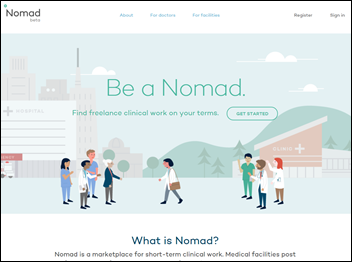 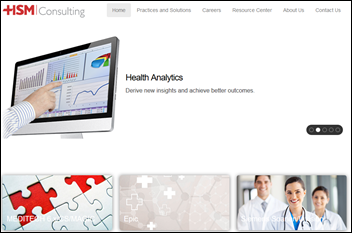 Venture capital-backed Boston hospital operator Steward Health Care earns its first profit, although all of it came from changes in how it funds pensions. The company still refuses to submit state-mandated financial statements, however, saying its information is proprietary. 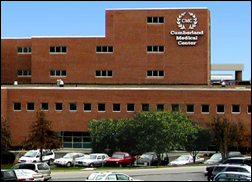 Meditech lists several customers that are moving forward with its new Web EHR. 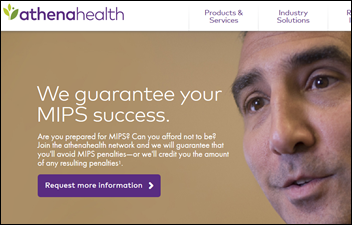 Athenahealth issues its MIPS Guarantee that its customers won’t lose money under the final MACRA rule, but the terms contain catches: (a) it’s only for new AthenaOne clients who go live on AthenaNet; (b) the customer gets only monthly service credits rather than cash and the total can’t exceed the amount of their monthly payment; and (c) if the customer drops Athenahealth, they forfeit their remaining credit. It’s a good marketing strategy to ramp up the customer count that Wall Street is watching intently. 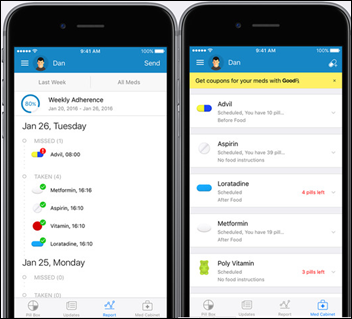 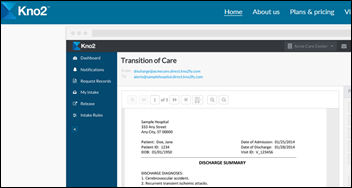 HealtHIE Nevada will offer community-based providers such as diabetes educators and behavioral health therapists subscriptions to Kno2, which will allow them to exchange documents with doctors and hospitals via Direct messaging to improve continuity of care. The Boise-ID-based company offers a $20 per month, one-user plan that provides a Direct address, allows address book searches, supports messaging and document routing, and allows creation of Direct messages from scanners and multi-function printers. 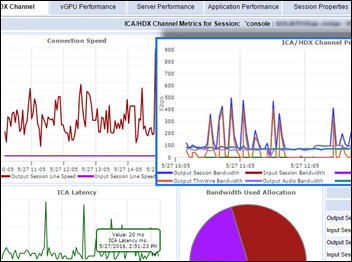 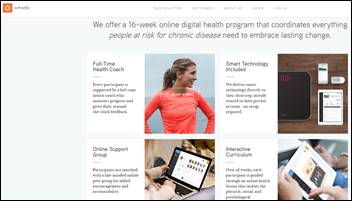 Intermountain Healthcare, the AMA, and online health coaching vendor Omada Health will work together to offer diabetes prevention programs for the at-risk patients of large healthcare systems across the country. 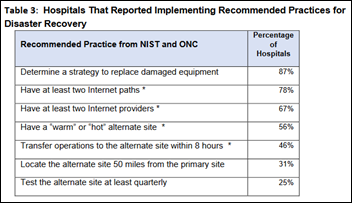 An HHS OIG survey of 400 hospitals finds that half have experienced unplanned EHR downtime, and of those, one-fourth report that it delayed patient care. Software was not the cause of downtime in any reported case – the most prevalent downtime issues were hardware failure, loss of Internet connectivity, and power failure. Only a third of respondents have a read-only EHR backup system in place that alerts users visually that the main system is down. OIG repeats its previous recommendation that OCR implement a permanent audit program to assess HIPAA compliance. 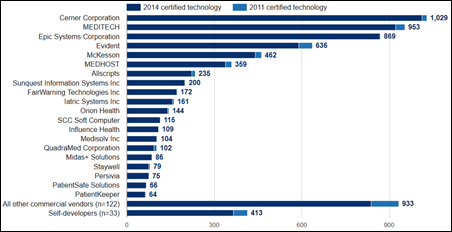 ONC updates its Health IT Dashboard with the latest count of MU-attesting hospitals by inpatient system vendor. Cerner, Meditech, and Epic lead the pack.

Former National Coordinator and Aledade CEO Farzad Mostashari, MD says in a an editorial in The Hill that MACRA will speed up consolidation of hospitals and practices without necessarily improving cost or outcomes. He recommends that CMS allow small practices to join together in virtual networks, compare small practices only against each other, and cap the potential losses under MACRA that as written can be more than 100 percent of a practice’s Medicare revenue.

Healthcare leads all industries in ransomware infections, according to a security firm’s quarterly report, making up 88 percent of all detected ransomware incidents. 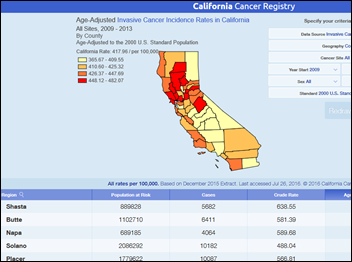 The Pharmaceutical Research and Manufacturers of America, which has tried to convince Congress that drug companies charge high prices only to support desperately needed research, accepts as members two companies that spend next to nothing on R&D. Horizon Pharmaceuticals bought an old drug and raised its price 600 percent the same day, with the former $2 pain pill now costing nearly $40. New member Jazz Pharmaceuticals makes nearly all of its money from a single drug whose price it doubled in two years. Actually neither company should be admitted to an organization that includes “of America” in its name since both “moved” to Ireland after acquiring companies so they could dodge paying US taxes.

In Australia, a newborn dies and another suffers permanent brain damage after a hospital contractor mistakenly installs nitrous oxide in an oxygen outlet. 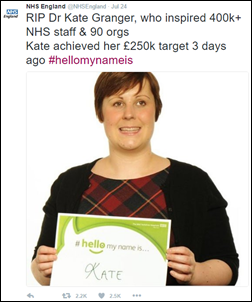 In England, NHS geriatrician Kate Granger, MBChB dies of cancer at 34. Her cancer experience with an impersonal health system motivated her to create the widely adopted #HelloMyNameIs campaign that urges doctors and nurses to introduce themselves to patients and to make eye contact before treating them. She donated all of the proceeds from sale of her books and other activities to Yorkshire Cancer Centre, having hit her $328,000 goal just three days ago. She had previously received the MBE and, just before she died, a handwritten thank you letter from England’s new prime minister that started with, “My name is Theresa.”