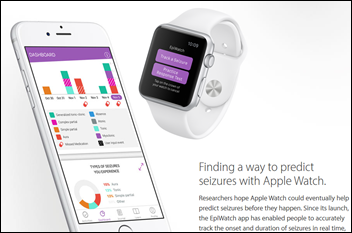 It’s been just over a year since Apple introduced ResearchKit, an open source framework that enables researchers and developers to design apps for healthcare research. In that time, participation has soared. The platform now boasts 100,000 users who are submitting data to studies sponsored by hospitals and non-profits, including ones focused on asthma, breast cancer, diabetes, heart disease, hepatitis C, melanoma, Parkinson’s, post-partum depression, prostate cancer, and sleep apnea. 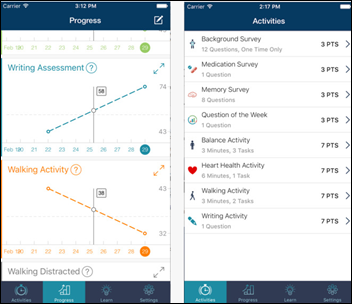 Even the NFL Players Association has gotten in on the act, partnering with Harvard University researchers to use ResearchKit in a joint investigation into the long-term effects of football injuries on 3,000 former NFL players.

The platform has also made accommodations for personal genomics via integration with 23andMe’s module. Researchers can enable 23andMe customers to contribute their genetic data to a study or offer genotyping services from the company to study participants. It’s a timely move given the industry’s White House-driven focus on precision medicine and cancer moonshots. 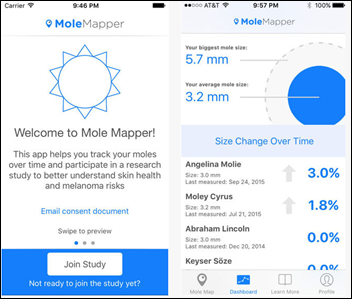 Apple, having realized the escalating potential of its own creation, decided earlier this year to start collecting ResearchKit data for its own internal purposes. Study participants who submit data to the Mole Mapper Study app and Parkinson’s mPower study app now have the option of also submitting that data directly to Apple. The company no doubt plans to use the data to further refine the platform and to impact future iterations of HealthKit and the new CareKit, corresponding apps that help power and further ResearchKit’s capabilities.

Studies leveraging ResearchKit continue to be introduced, evidence that the platform is well on its way to changing the face of medical research. “It’s the most evolved mobile platform to run studies,” says Paul Tarini, senior program officer at the Robert Wood Johnson Foundation, which has taken an interest in ResearchKit from the beginning. “We’ve been interested in what we call real-world, real-time data for a number of years now, especially what that data can tell us about our health, how it can be used for research, and how it can be used to improve care. ResearchKit was the first formal platform developed to conduct research by taking advantage of the IPhone’s native capabilities to collect real-world, real-time data.”

Tarini and his team began talking about what kinds of apps might be useful within the ResearchKit library not long after its debut. “In discussions with Apple staff and industry experts, we ended up settling on mood and what helps influence mood,” Tarini explains. The result of that decision – RWJF’s Mood Challenge – launched earlier this month.

“We’re hoping the winning app could be used in part or in whole by another study that’s interested in including some aspect of mood or variable in its focus – something that other researchers can pick up, use, and plug in as they build their own apps,” Tarini adds. “We’re also interested in apps that use a mash-up of data, such as data from the phone and other sources, to shed light on mood. In this case, we’re particularly interested in data on social context. What are the graduation rates in your neighborhood? The income rates, family structures, crime rates, weather patterns? How do these influence health, if at all? We’re really focusing on building a culture of health in this country, and social context is certainly a reflection of culture.”

Researchers at Boston Children’s Hospital have also been ResearchKit fans from the beginning. “We are proud to be the first academic institution to launch our second ResearchKit app,” says Jared Hawkins, director of informatics and innovation and of the hospital’s digital health accelerator. The hospital launched its C-Tracker app last year to collect data on the effects of hepatitis C and debuted the Feverprints app last month. 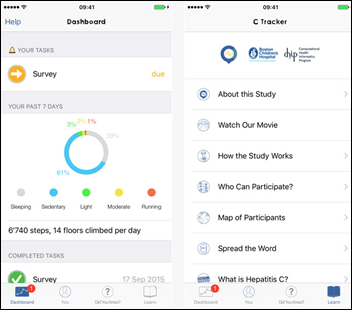 “One of the major lessons we learned from C-Tracker was how best to link anonymized data from ResearchKit to our servers at the hospital, securely and at scale,” Hawkins explains. “There are a number of commercial solutions for this, but none of them offered the flexibility that we needed. Fortunately, the C-Tracker team developed open-source software, C3-PRO, to accomplish this, which we have leveraged for Feverprints.” 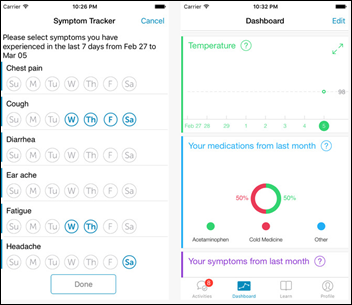 The Feverprints study and ResearchKit-powered app will help Boston Children’s researchers better understand what a “normal” temperature looks like, how fever patterns can be used effectively to diagnose disease, and how fever-reducing medications affect the course of an illness.

“The standard notion that a normal temperature is 98.6 and a fever is anything above 100.4 is based on questionable research from a few hundred years ago,” says Hawkins. “This study seeks to leverage modern technology, including smartphones and continuous temperature monitoring, to revisit this historical research and collect temperature from tens of thousands of participants to reassess what is normal.”

The enthusiasm Hawkins has for Feverprints can be largely attributed to ResearchKit’s form factor. “It transforms how we can do clinical research by addressing some of the biggest hurdles we face as researchers – recruitment and long-term engagement,” he explains. “ResearchKit allows us to consent exponentially more users than would be possible traditionally, at minimal cost. These users have the power to enroll themselves, giving them a more direct role in the study and increasing engagement. 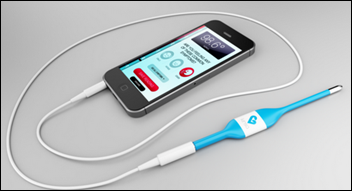 “Overall user experience is improved because ResearchKit makes it easier to share health data,” Hawkins adds. “If the user allows it, data from any connected smart thermometer can automatically be loaded from HealthKit. Even if data is entered manually, the whole process takes less than a minute. We hope that the data collected will allow us to identify distinct ‘feverprints’ that may aid clinicians in patient diagnosis in the future. For this, continuous data from a wearable device may prove to be the richest, although temperature data captured at any granularity will be helpful.”

Hawkins add that Feverprints app developers plan to add additional engagement features in the near future that will, for example, allow users to see how their data has specifically helped researchers better understand normal and elevated temperatures, and how they compare to the population as a whole. “We don’t have to wait until the study is over to begin to feed our results back to the user,” he says, “which really drives home the power of participatory real-time research.”

Tarini and his colleagues at RWJF also see immense value in ResearchKit’s data delivery methods. “We like the creativity, the flexibility, and the democratization,” he notes. “More people can enroll in the studies. We also like the fact that the platform is able to turn more results around more frequently to participants.” 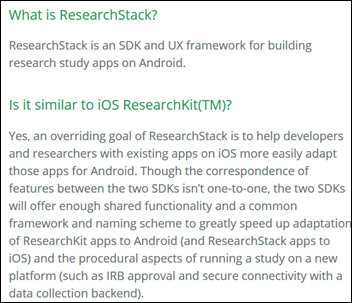 While there’s general consensus on ResearchKit’s ability to transform the way clinical studies are conducted, the verdict is still out on it being a bona fide “game changer.” It is, after all, available only to Apple users, which leaves the much larger Android user base without the means to participate. (an Android alternative called ResearchStack became available earlier this month.)

“I wouldn’t call ResearchKit a game-changer,” Tarini says, “because that means we’ve done it. I would say changing. ResearchKit is changing perspective on the importance of returning results to people. It’s producing greater engagement from the people who are participating.” 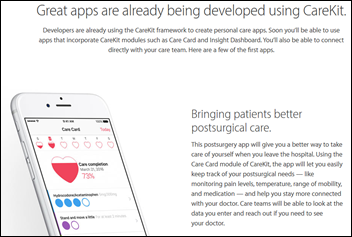 “We’re also excited about CareKit and the opportunity for more seamless integration of research data with regular care,” he adds. “You can repurpose the data that was collected by the research study and inject it into the processes of care so that a provider can see the data that’s coming in from the study. Previously, that was really hard to do, if not impossible. ResearchKit is changing the relationship between research studies and their participants, and the relationship between the research enterprise and the care delivery enterprise.”

Hawkins is more optimistic about the role ResearchKit has thus far played in the evolution of clinical research. “It’s absolutely a game-changer for health research because it addresses some of the biggest hurdles we face as researchers – recruitment and long-term engagement. We are looking for other projects at the hospital that would benefit from ResearchKit as well as the newly announced CareKit. Apple has built some truly exceptional platforms to enable health research.”