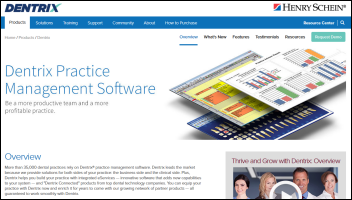 Henry Schein Practice Solutions will pay $250,000 to settle Federal Trade Commission charges that it overstated the data encryption level used in its Dentrix G5 dental practice management software. Schein also agreed to let its customers know that its product does not use Advanced Encryption Standard as NIST suggests in complying with HIPAA requirements. You may recall that the Leidos consortium that won the Department of Defense EHR bid includes Henry Schein’s Dentrix Enterprise,which I assume is a different product.

Schein has updated its website to indicate that it no longer calls its database security “encryption,” explaining, “Available only in Dentrix G5, we previously referred to this feature as encryption. Based on further review, we believe that referring to it as a data masking technique using cryptographic technology would be more appropriate.”

From Punditry: “Re: things you could add to HIStalk. How about a gripe box where people can anonymously vent about a company, news item, or person that annoys them?” That could be fun. I created an anonymous Gripe Box form. Let’s see if anyone has something entertaining to complain about. I like just about anything that personalizes a sometimes impersonal industry.

From Topanga: “Re: another HIPPA sighting. In a click-baity headline besides.” They fixed the HIPAA misspelling in the questionably health IT-related story afterward.

Attention CIOs: Centura SVP/CIO Dana Moore raised a lot of money for DonorsChoose at the last HIMSS conference by offering to meet with any vendor in return for their donation. We’re thinking about expanding it in Las Vegas by having other CIOs participate, where vendors who have made a DonorsChoose donation will be given a couple of minutes to pitch to the assembled CIOs and then mix and mingle during the lunch that we’ll provide. If you are a CIO who can spare two hours during lunchtime on Wednesday, March 2 during the conference for a great charitable cause, let me know.

Thanks to everyone who completed my reader survey and provided good advice. I’ll recap the results in Monday’s post. 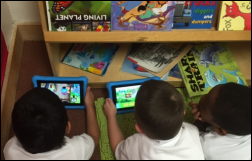 This week on HIStalk Connect: CES kicks off in Las Vegas, bringing a number of notable digital health announcements. Under Armour introduces its UA HealthBox, which includes a fitness tracker, wireless scale, and heart rate monitor. Fitbit, Fossil, and Healbe unveil new wearable devices of their own. Hometeam raises a $27 million Series B to expand its caregiver platform.

The “I want to come” form for HIStalkapalooza is open. Submit your information if you want to attend – even if you’re a sponsor, long-time supporter, or VIP, I still can’t invite you if I don’t know you want to come. I’ll follow up with actual invitations in a couple of weeks.

We had a couple of companies interested in our top-tier “HIStalkapalooza Rock Star” event sponsorship that couldn’t make it happen. The event goes on regardless, but without a few niceties and additional attendees that having a primary sponsor would have provided. We have about a week remaining before we have to move forward, so contact Lorre if your company is interested and can commit quickly. It’s really expensive to put on an event at this scale. 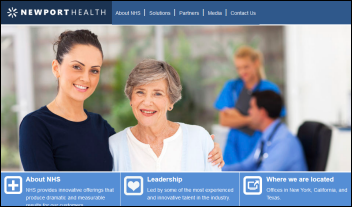 Northwell Health (the former North Shore-LIJ) and consulting firm Newport Health form Health Connect Technologies, which will commercialize population health management products. The joint venture was announced in August 2015, at which time I expressed some puzzlement as to who Newport Health is given its apparently intentional obscurity: “I couldn’t find much of anything on Newport Health other than it’s apparently connected to Newport Private Group with a real office in Newport Beach, CA and mail drawer addresses in New York and Texas.” Bean Enumerator’s pithy comment at that time was, “Newport says it has experienced and innovative health IT talent, but the only person listed as working for the company has no relevant experience whatsoever. It’s a bad sign when an investment banker starts a health IT company. How did Allscripts lose this one given their supposedly tight partnership with NS-LIJ and their population health management aspirations?” 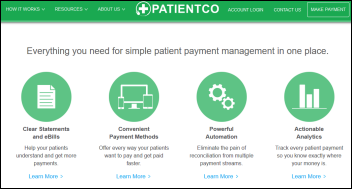 Pamplona Capital Management invests an unspecified amount in Patientco and will embed the company’s patient payment products into those of its other holdings, MedAssets and Precyse. 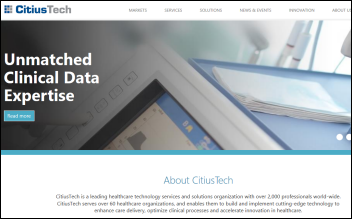 An India-based newspaper profiles CitiusTech, which has doubled its revenue to $100 million since 2014 and expects to grow at 35 percent annually as it expands beyond its primarily US customer base. Co-founder Rizwan Koita says entrepreneurs focus too much on raising venture capital, having bootstrapped the company until it reached $50 million in revenue and 1,000 employees in 2014. The company is investing its 2014 $100 million investment from General Atlantic in expanding its capabilities in analytics, big data, and mobility. 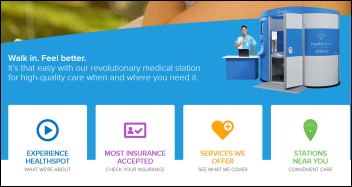 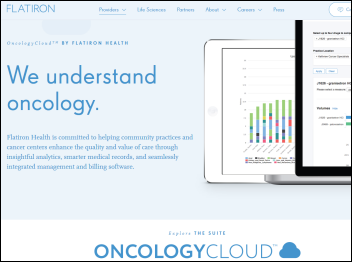 Oncology software vendor Flatiron Health raises $175 million in a Series C funding round, increasing its total to $313 million. The lead investor in the round is drug company Roche, which takes a board seat with the investment. GV (the former Google Ventures) led the Series B round in mid-2014. 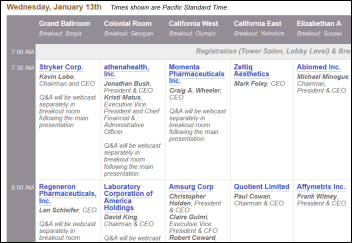 Here’s a great tip from @RasuShrestha: registration is free for accessing live and recorded webcasts from the J.P. Morgan Healthcare Conference next week. Perhaps that will soothe our egos at not being invited to attend in person.

Allscripts and Medfusion announce that they have settled their legal differences over Allscripts reselling Medfusion’s patient portal, but then favoring the product it acquired from Jardogs in 2013. 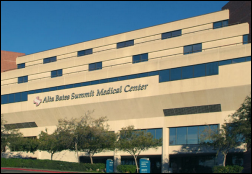 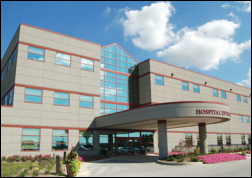 Rick Adam (Recondo Technology) joins Stanson Health as president/COO. Long-timers will remember him as founder of New Era of Networks and president of Ibax. 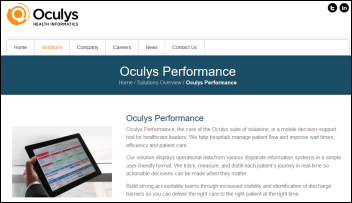 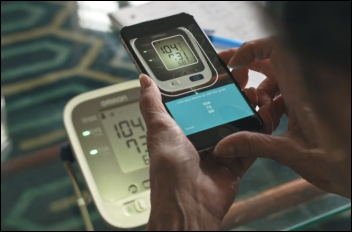 Validic launches VitalSnap, a mobile app that allows consumers who use in-home medical devices that have limited digital connectivity to capture the information via their smartphone’s camera, have it translated using optical character recognition, and send it to their provider. 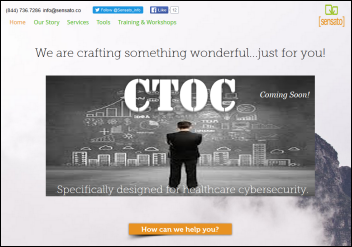 Sensato will launch its Cybersecurity Tactical Operations Center next month, which will offer services to small and large provider organizations via a membership model that can include real-time monitoring, planning, threat intelligence, emergency support, and testing (phishing, social engineering, and penetration). It will also offer biomedical device monitoring. 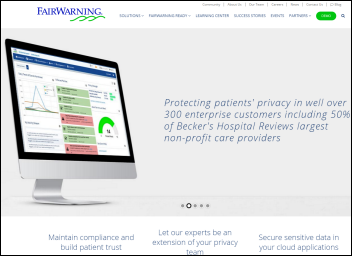 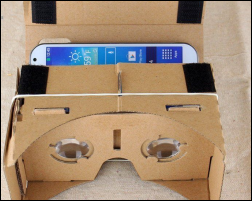 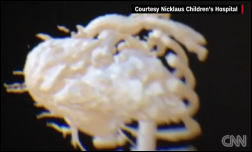 Surgeons at Nicklaus Children’s Hospital (FL) use the $20 Google Cardboard virtual reality smartphone accessory to plan a child’s heart surgery. You can actually get a better deal on Cardboard from eBay – just $2.99 with free shipping. Or you could spend $599 for the just-released, Facebook-owned Oculus Rift, which is finally almost ready to ship. 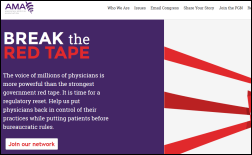 The Rochester, MN paper says Mayo Clinic will lease back only part of the data center it sold to Epic for $46 million. The article suggests that Mayo will have Epic host its implementation from Verona, while Epic will use the Rochester data center to store backups and as a failover location for Mayo and other of its customers. That sounds like pretty big news that Epic is apparently doing full hosting for Mayo, a model Epic is just beginning to embrace. Mayo says it will also help Epic develop software and services that Epic will roll out to its customer base. 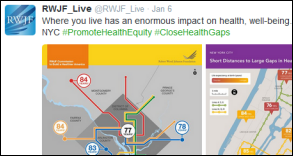 I’ve seen quite a few recent examples where headline writers misstate the relationship between public health and geographic location, as in , “Where you live has an enormous impact on health, well-being.” If that were true, moving would fix the problem. It’s only true that where someone live reflects certain aggregate health determinants – a ZIP code doesn’t impose its will to make someone unhealthy.

ECRI Institute lists its top technology advances to watch for in 2016, with the health IT-related ones being medical device cybersecurity and wearables.

A New York Times survey of insured Americans under 65 finds that 20 percent of them had problems paying their medical bills last year as insurance companies raised deductibles and co-insurance. Of those who had problems with medical costs, 63 percent spent all of their savings, 42 percent took on a second job or worked more hours, 14 percent moved or took in roommates, and 11 percent resorted to charity.