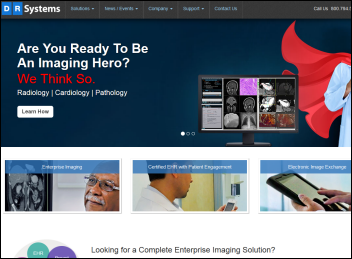 Merge Healthcare announces that it has acquired DR Systems for $70 million.

From Weapons of Mass Distraction: “Re: DoD EHR bid. Pretty sure Epic has already won and that’s been known to insiders since back in January. Not saying that as an Epic advocate, just saying it because this process of press releases, vendor elimination, etc. reminds me of watching a movie my friend already told me the ending of.” DoD is planning to announce the winner in June, so they should be far along in the process. Maybe an anonymous expert can help us understand what should be going on behind the scenes right about now.

From Mad City: “Re: Epic’s AppExchange. It’s funny that so many respondents in your poll believe it’s related to the DoD bid when it’s been discussed in Epic user groups for years and was announced last fall at UGM.” My sources say early adopter customers have already completed the paperwork and submitted their items, with developers coming up next once Epic locks down processes to review security and handling of PHI and most likely figuring out how to support turnkey installation. They’re working with Apple to understand the best ways to run an app store. Epic didn’t announce the AppExchange – sites picked up as “news” a third party’s comment about it that was followed by Epic’s confirmation of its plans, but customers have known about AppExchange for many months.

From Clinic Director: “Re: Meaningful Use audit hell. We started receiving pre-payment audits for MU in early January, with 96 requests for 139 providers. So far we have been able to pass all of them, but the amount of work necessary to provide the requested additional data has been a huge burden. So much so that we are unable to configure our system to start seeing how we are doing in 2015. In looking at the Epic user web, there are A LOT of other organizations experiencing the same thing. It is certainly a focused effort by the government to delay the payments and look for all options to penalize 2016 reimbursements for Medicare. This is ridiculous.”

This week on HIStalk Connect: The FDA relaxes its regulatory oversight on personal genetic tests and clears 23andMe to resume marketing some genetic screening tests. DARPA announces that it is working on an implantable computer chip that will deliver headset-free augmented reality. TraceLink raises $20 million to bring serialized tracking to the pharmaceutical supply chain.

I was thinking about how EHRs are blamed for turning previously interactive doctor-patient conversations into form-filling exercises, where not only are physicians forced to restate their complex thoughts as fill-in-the-blank items, but even patients themselves are forced into that same mode by the doctor who just wants to feed the EHR screen’s demands and steers the encounter accordingly. Studies show that doctors interrupt patients quickly and often, which I suspect is due not only to the short encounter time allotted, but also the doctor’s need to complete forms (it’s like your tax guy – he wants documents and short answers rather than a deep financial discussion because he’s sitting in front of federal tax forms, not a freeform word processor). We’ve devalued the rich, nuanced doctor-patient conversation into a mutual form-filling exercise, which probably seems ideal to everybody except doctors and patients. I like the idea of having the patient complete intelligent questionnaires before the visit starts and send that information to the EHR to reclaim some of the lost encounter time for less-discrete activities.

Here’s the video of the “Cloud Security Primer” webinar that was presented by Sensato CEO John Gomez last week.

Merge Healthcare announces Q4 results: revenue flat, EPS $0.02 vs. $0.00, missing expectations for both. Shares dropped 12 percent Thursday following the announcement before the market opened. Above is the one-year MRGE share price chart (blue, up 57 percent) vs. the Nasdaq (red, up 16 percent).

Allscripts announces Q4 results: revenue down 3 percent, adjusted EPS $0.09 vs. $0.08, missing revenue expectations but meeting on earnings. Above is the one-year MDRX share price chart (blue, down 31 percent) vs. the Nasdaq (red, up 16 percent).

Orion Health opens an office in Glasgow, Scotland. The company also begins hiring another 100 people for its Scottsdale, AZ office. 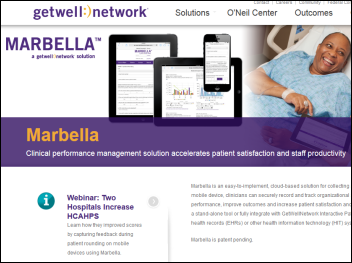 In Australia, Cerner wins a New South Wales tender for a medication management system for Millennium-using hospitals. Districts that don’t use Millennium, such as those that use Orion Health, will be able to choose a different system.

SRSsoft launches its Essentials EHR for specialists and new EHR users, labeling it as “an alternative, non-MU EHR” that allows users gain benefits without having to change the way they practice.

InterSystems releases Cache’ 2015, which doubles the scalability of previous releases. Epic benchmarked the new release and was quoted positively in the announcement. 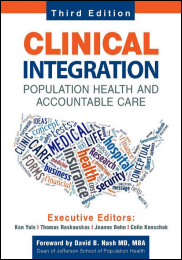 Convurgent Publishing releases the third edition of “Clinical Integration: Population Health and Accountable Care.” One of its editors is Divurgent CEO Colin Konschak.

Caradigm will include Cohort Designer in implementations of its Caradigm Intelligence Platform. 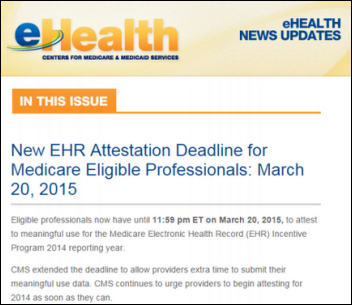 CMS extends the date for Medicare EPs to attest for Meaningful Use to March 20, 2015, giving providers an extra three weeks for unspecified reasons.

Netsmart executives are meeting this week with their Kansas legislators to discuss HITECH’s exclusion of behavioral health providers for Meaningful Use incentives. 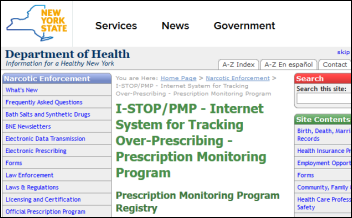 It appears that New York’s mandatory e-prescribing scheduled for a March 27 live date will be pushed back a year, or at least that’s the impression from an email sent by Healthcare Association of New York State, which is pushing for the delay. The governor seems inclined to sign S.2486/A.4274 that has already passed both houses, which would reset the date to March 27, 2016.

The US Supreme Court rules that state professional licensing boards can’t use their authority to limit competition, finding that North Carolina’s dental board (made up mostly of practicing dentists) can’t prohibit non-dentists from whitening teeth since the board’s motivation was to protect the income of dentists rather than the safety of the public.

Massachusetts Governor Charlie Baker replaces the four of 11 board members of the state’s health insurance exchange that were appointed by his Republican predecessor, among them MIT economist and Affordable Care Act key player Jonathan Gruber.

The FCC rules on an open Internet, banning providers from blocking content, throttling traffic, or prioritizing traffic to give higher-paying content sources a “fast lane.” Chairman Tom Wheeler said of the 3-2 vote, “The Internet is too important to allow broadband providers to make the rules.”

The FBI closes in on the Anthem hackers and is trying to decide how much information about them to reveal publicly. China-sponsored hackers are the likely culprit, but naming them would require technical proof that might compromise future FBI cybercrime investigations.

Facebook releases tools to support suicide intervention that will be used when a user reports seeing a troubling post.

Healthbox changes its accelerator model so that participating companies won’t have to give up equity and “studio programming” won’t require full-time participation. 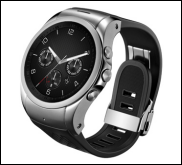 Epic is named #7 of “The 11 Best US Companies for Students to Get Summer Internships,” although the listicle’s methodology is shaky (reading intern ratings from Glassdoor). Facebook led the list.

The Pew Charitable Trusts highlights New Mexico’s NurseAdvice telephone hotline that is free for all state residents, saying it keeps 65 percent of its 15,000 monthly callers out of the ED. The hotline also generates real-time public health data, with CDC recommending that other states adopt a similar model.

The bond rating agency of Baptist Health Care (FL) notes that the health system may borrow money to replace its McKesson Horizon system in 2016.

Sovita Chander was inspired by Ted Reynolds’ recent HIStalk article about healthcare delivery in Europe vs. the US and wrote a Canada-focused piece titled “7 Reasons Why Healthcare Companies Get Stuck at the Border.” Item #1: “Canada is 10 markets (plus three). Healthcare delivery is driven by ten different provincial governments (and three territorial governments serving a population of about 100,000), so you have 10 different sets of IT-related requirements, regulatory frameworks, and buyer landscapes to address. Sales cycles are longer in Canada than in the US. You have more hurdles, and you will go to RFP in some provinces on just a $25,000 deal.” 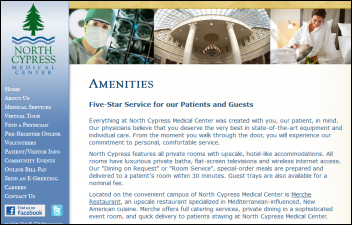 Aetna sues a for-profit 139-bed Texas hospital that takes in $1.5 billion annually, claiming that the physician CEO pays doctors kickbacks disguised as “ownership interest” and has overcharged Aetna $120 million in the past six years by treating patients out of its network. The hospital says a similar Aetna lawsuit against it has already been dismissed and that the company is trying to strong-arm providers into participating in its network. 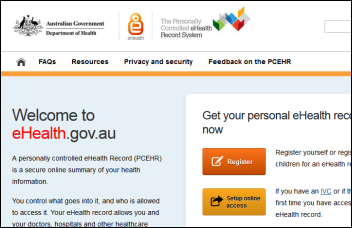 In Australia, the local paper calls out the $800 million (USD) Personally Controlled e-Health Record (PCEHR) that has been live for three years with minimal use by doctors and patients. The government blames its predecessor opposition party for a rushed implementation. 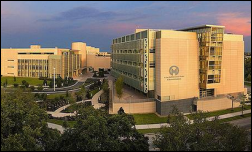 Moffitt Cancer Center (FL) sues one of its surgical oncology residents over a Google Glass-powered tumor visualization tool he invented. The hospital says it made the doctor sign over his rights for anything he developed while working there, but he reneged on the deal while filing for a patent. Since then, the resident and his partner formed a company and then sued the hospital for demanding credit for an invention in which it wasn’t involved. 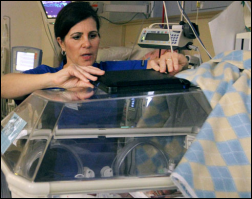 Google buys 70 iPads for MUSC Children’s Hospital (SC) so that hospitalized children can use Google Hangouts to video chat with friends and family.

New York City eliminates a nearly universally ignored requirement that parents sign consent forms before their newborn boys undergo “oral suction circumcision,” an Orthodox Jewish ritual in which mohels suck blood from a baby’s circumcision wounds. Mayor Bill de Blasio says the consent requirement was offensive to some community members even though 17 babies have contracted herpes from the procedure and two of them died. The agreement requires mohels suspected of infecting babies to undergo DNA testing, although in previous incidents parents refused to name the person involved and parents can’t avoid them anyway because the city refuses to name those already identified as carrying herpes.