DeVore adds that HHS’s fee-for-value push will increase the need for the company’s technology related to quality and clinical analytics, labor analytics, infection surveillance, and population health. Above is the one-year share price chart of PINC (blue, up 0.6 percent) vs. the Nasdaq (red, up 14 percent). The company’s market capitalization is $1.32 billion, with DeVore holding shares worth $7.3 million. 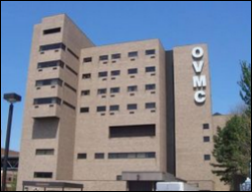 From Smartfood99: “Re: Ohio Valley in Wheeling, WV. Chose to upgrade to Meditech 6.1, beating out other finalist Ohio State University’s farm out of Epic.” Unverified.

From Webejammin: “Re: patent trolls. They’re using ONC’s list of certified EHRs to file suits using old patents that never should have been issued. This will dampen innovation and increase the cost of EMRs.” It’s not hard to get a list of EHR vendors from ONC’s list or elsewhere. Nor is it hard to find an old, intentionally vague patent and use the threat of an expensive legal defense to coerce EHR vendors into paying settlements or licensing arrangements whose cost is intentionally placed at the extortionate sweet spot between “annoying” and “profit-threatening.” Thank your lawyer-heavy Congress for its resistance to embracing the “loser pays” frivolous lawsuit policy that would increase unemployment among our vastly superior US force of ambulance chasers.

From Dingman: “Re: companies in financial trouble. You probably see some of that firsthand when they either are slow to pay their sponsorship or don’t renew because of financial issues.” I could indeed, although I usually lose sponsors instead because (a) they get acquired, or (b) a new marketing person who doesn’t even know what HIStalk is decides to wield their low-level decision-making power in deciding not to renew, which sometimes gets them in trouble down the road with their executives who wanted to support HIStalk in the first place. Sometimes I do hear directly from companies that their budget has been cut or executive upheaval is so extensive that they can’t even figure out who has purchasing authority, which might involve more transparency than customers get.

Sign up now to attend HIStalkapalooza on April 13. The “I want to come” form is still open, but that won’t be true for much longer. Every year I get annoyed at people who email after signups close to insist that they weren’t aware that it had taken place and demand special treatment, which generates little sympathy from me because that tells me they don’t really read HIStalk. On the other hand, I’m amused by some of the creative uses of the comments field on the form from the responses so far:

I took over running the event myself this year with the support of multiple sponsors so that I could invite more people, and so far it’s looking good for covering the cost of a big guest list. House of Blues is an amazing venue and I will indeed be bringing back last year’s musical entertainment, Party on the Moon, America’s #1 private party band. I’m hoping the winner of the “Healthcare IT Lifetime Achievement Award” will accept the award on stage. I’m also contemplating whether the individual named as “Industry Figure in Whose Face You’d Most Like to Throw a Pie” would be willing to receive delivery of said pie in public, possibly delivered by the second-place vote-getter (I might be able to mount a charitable fundraising campaign rivaling the Ice Bucket Challenge to shame both parties into participating).

One more HIMSS-related event item: we’ve emailed HIStalk sponsors about our networking reception on Sunday, April 12. Email Lorre if you’re a sponsor and you want to come because sometimes we don’t have good company contacts.

I could use some help from folks willing to critique the recorded rehearsals of our webinars, suggesting to the presenter what they might change for the live event. Provider CIOs, CMIOs, or other hospital IT types are ideal given the topics often covered. I’ll send a $50 Amazon gift card in return for the 45 minutes or so it takes to watch the video and fill out the eval sheet. Email me if you’re interested.

February 13 (Friday) 2:00 ET. Inside Anthem: Dissecting the Breach. Sponsored by HIStalk. Presenter: John Gomez, CEO, Sensato. The latest intelligence about the Anthem breach will be reviewed to provide a deep understanding of the methods used, what healthcare organizations can learn from it, and how to determine if a given organization has come under similar attacks. Attendees will be able to ask questions and put forth their own thoughts. 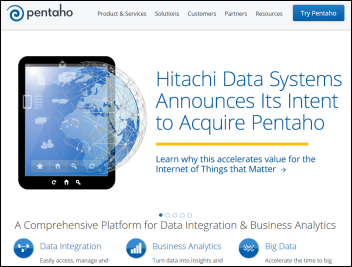 Hitachi Data Systems will acquire Orlando-based business analytics tools vendor Pentaho, which has some healthcare-related customers and partners, for $500 to $600 million. 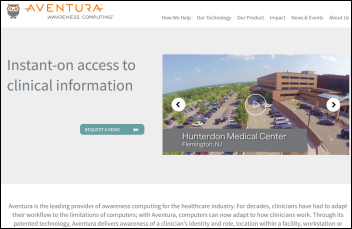 Aventura raises $14 million in an oversubscribed Series C funding round and will use the proceeds to expand its awareness computing services and product development. 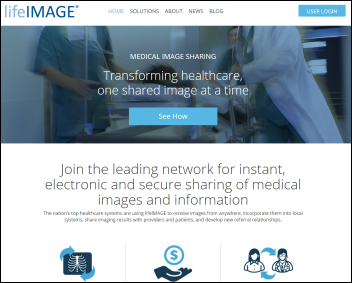 Shares of Merge Healthcare jumped substantially in the past week in hitting a 52-week high Monday, doubling in price since October. Above is the one-year share price chart for MRGE (blue, up 101 percent) vs. the Nasdaq (red, up 14 percent).

Adam Wright, PhD, who leads a biomedical informatics team at Harvard Medical School, is promoted to associate professor of medicine. 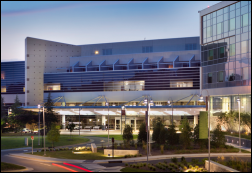 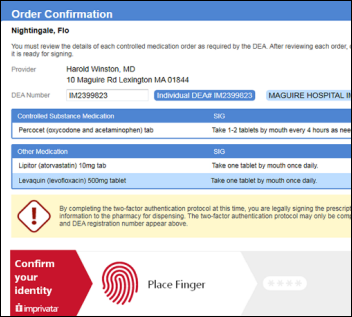 Divurgent and Sensato will jointly offer healthcare cybersecurity and privacy services and will host Hacking Healthcare 2015 in March. 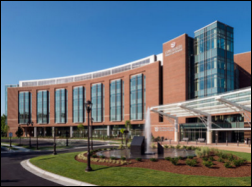 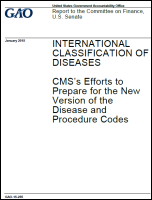 A GAO report seems satisfied that CMS is ready for the ICD-10 implementation date of October 1, 2015, although it seems to have looked more at CMS’s responsiveness to suggestions than its actual technical readiness.

The New York Times calls out little-noticed White House budget language that urges Congress to eliminate the financial incentive for hospitals to buy physician practices so they can charge more for delivering the same services to patients.

The largest insurer of the Lloyd’s of London insurance marketplace says that breaches — such as the one just experienced by Anthem — involve financial risks that are too large for insurance companies to cover, suggesting that only governments have the resources to manage those liabilities. Insurance companies worry that multiple cybersecurity insurance customers could be hit by the same exploit simultaneously.

ABC News asks, “Is Your Doctor’s Office the Most Dangerous Place for Data?” citing the FBI’s warning that healthcare organizations are being targeted and quoting a security expert who says healthcare is 10 years behind the financial services sector in protecting consumer information such as Social Security numbers.

A Swedish biohacking group offers to replace the security key fobs used by a high-tech building’s employees with a palm-embedded RFID chip that allows them to wave their hand to unlock doors, activate the photocopier, and pay their cafeteria bill. The group says the chips could be used to make payments and replace fitness trackers.

Reporters are trying to create a story around whether Anthem was irresponsible in not encrypting its customer records. I’m not an expert, but my minimal exposure to encryption involves three types: (a) encrypting a secure online session connection such as with SSL; (b) encrypting a storage device so that nobody can dig into its contents without logging on with the appropriate credentials; and (c) encrypting individual database elements so that they can’t be queried without logging on with the appropriate credentials. The only relevant form in Anthem’s case would seem to be (c) and that wouldn’t have helped since the attackers stole a database administrator’s credentials via a phishing attack. Encrypting data at rest is great for physical protection (a stolen disk drive or a physically breached data center) but otherwise the system doesn’t know that the correct login was used by an unauthorized person, short of using biometrics or privileges tied to IP address. I think the story is misleading, but I’ll defer to any experts who care to respond.

Anthem’s hackers knew that database credentials would give them access to everything, so perhaps the immediate health system to-dos would be (a) review users who possesses DBA credentials; (b) monitor the use of those credentials for irregularities, such as large queries that are run off hours or that involve outside that individual’s normal job scope; (c) monitor for large data transfers outside the firewall; (d) enlist DBAs to help watch for problems since they were the ones who detected the Anthem breach; and (e) put efforts into anti-phishing technology and user education rather than worrying about encrypting databases on the off chance that someone will physically steal a server. I really don’t understand in this day and age why we haven’t moved to biometric security instead of the easily pilfered “what you know” password – our data center doors are more technically secure than the systems they house. 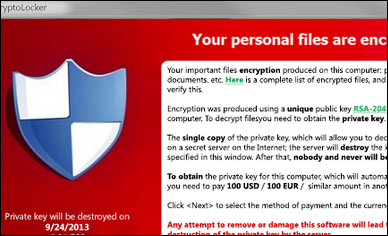 Several Atlanta-area businesses fall victim to ransomware, where malware encrypts the files on a user’s PC and demand anonymous payment to restore access. A Secret Service representative says that physician offices are targets since their often-unsecured wireless networks can be hacked from their parking lots, although I would have assumed the method of infection would be via other methods. 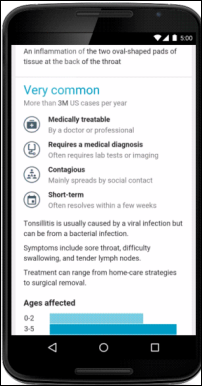 Google will incorporate Mayo Clinic-curated information into its medically related search results, providing symptoms and treatments via its Knowledge Graph and Now personal assistant (which I’ve never heard of). 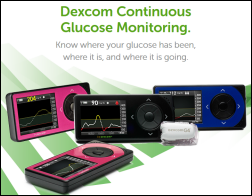 Medical device manufacturer DexCom will release an app that will display readings from its implanted continuous glucose monitor on the Apple Watch when the latter goes on sale in April. Dexcom already offers such monitoring on its own hardware with Bluetooth-powered iPhone data sharing.

Merge Healthcare announces that users of its iConnect Network will be able to transmit and receive imaging orders and results to Emdeon Clinical Exchange users. 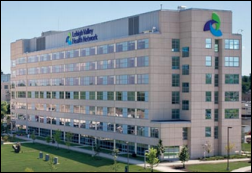 Health system consolidation continues: Emory Healthcare and WellStar Health System are discussing merging into a single Atlanta-area system, while in New York, North Shore-LIJ is talking to Maimonides Medical Center about a “partnership” that sounds more like the former acquiring the latter. 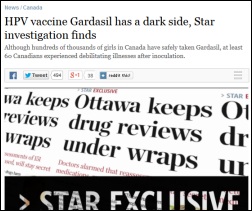 Why do reporters feel qualified to interpret scientific information and render related opinion without consulting experts? The Toronto Star runs a self-proclaimed investigative article on the dangers of HPV vaccine Gardasil, dramatizing the 60 potential cases of side effects out of 800,000 doses administered. Expert physicians called out the poor reporting, to which one of the paper’s otherwise uninvolved left-leaning, American-hating columnists (best known for calling Sarah Palin a “toned-down porn actress” and insisting that male conservatives make bad decisions because of impotence) responded with a bizarre rebuttal that invokes government secrecy, Twitter, the US Tea Party, and her own self-study of statistics. The physician author of a book the columnist cited immediately blasted out a series of tweets calling out the paper’s “appalling, ignorant, irresponsible journalism” in running a “scare story.” The exchanges were summarized and brilliantly titled as “When ‘Teaching Yourself Statistics’ is No Match for Being a Doctor.”