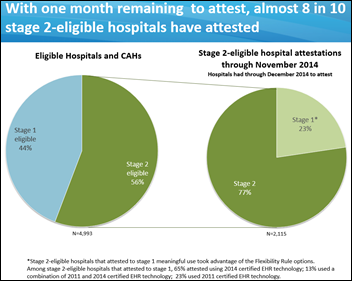 Pundits and associations won’t stop banging the “Meaningful Use is a failure” drum in pointing out low participation numbers, but ONC partially contradicts their grim calculations in reporting that 77 percent of MUS2-eligible hospitals have attested, as have 60 percent of MUS2-eligible practices. Those providers still have another one month and three months left, respectively, to attest. Those aren’t great numbers, but they’re a heck of a lot better than you might think, and as a taxpayer it’s nice to know that my money at least has minimal strings attached.

From Poignant Moment: “Re: non-disclosure agreement. If a vendor requires a hospital to sign one for beta testing, how long does the vendor have to keep the NDA after testing is complete?” I’ll ask knowledgeable readers to help out, but I would say the signed copy should be retained at least until it expires since an NDA should cover a stated time period. That’s for making sure the agreement is followed – I doubt there’s any legal requirement to keep a copy at all.

I’m enjoying the articles written by startup CEOs and investors (Brian Weiss of Carebox, Bruce Brandes of Martin Ventures, and Marty Felsenthal.) Those authors and others will contribute ongoing articles on their experiences and lessons learned when working directly with startups. I appreciate their contribution. I’m learning from them since I’ve mostly only worked for non-profit hospitals and theirs is a foreign land to me.

Please take a couple of minutes to complete my once-yearly reader survey. I plan my entire year around the responses, so your time will be not only appreciated, but also well spent in my never-ending quest to reduce my level of suckitude.

John Olmstead, RN, MBA, director of surgical and emergency services at The Community Hospital of Munster, IN delivered an absolutely perfect HIStalk webinar on Tuesday, “The Bug Stops Here: How Our Hospital Used its EHR and RTLS Systems to Contain a Deadly New Virus.” He was interesting, informative, and funny in describing technology used in his ED, including RTLS from Versus (who sponsored the webinar without turning it into a sales pitch), Epic EHR, Ascom phones, and Rauland nurse call. It did something that few webinars do in holding my rapt attention throughout and it wasn’t just me – the webinar’s control panel showed that 98 percent of attendees were hanging on to his words instead of checking email or web browsing. The average is more like 60 percent of people paying attention (and for companies that decline our webinar improvement suggestions, it’s as low as 15 percent). I’m confident that anyone with the slightest interest in ED challenges, quality improvement, and what happens when CDC shows up to investigate an infectious outbreak will enjoy this one a lot. 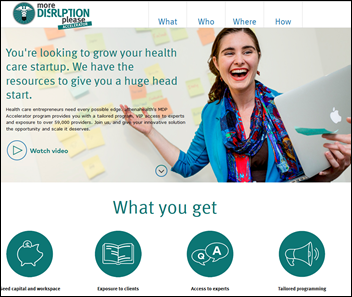 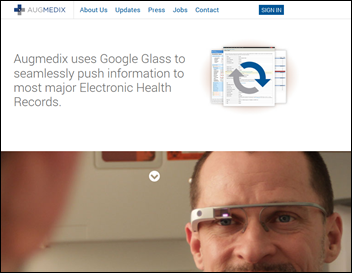 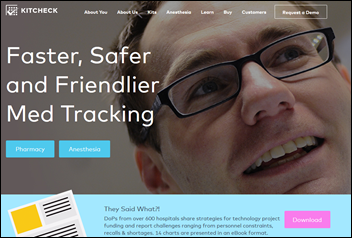 Kit Check, whose OR medication kit tracking system is live in 144 hospitals, raises $12 million in a Series B round led by Kaiser Permanente Ventures, increasing its total to $22 million. 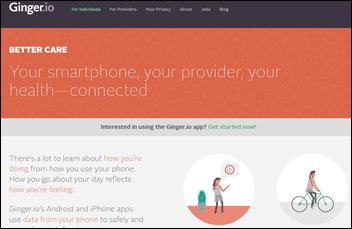 Digital mental health solutions vendor Ginger.io raises $20 million in a Series B round. 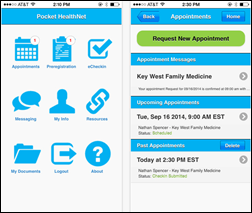 IT services provider Syntel sues Cognizant and TriZetto over the former’s acquisition of the latter for $2.7 billion last year, with a Syntel business unit saying TriZetto refuses to pay rebates to which it is entitled because of the acquisition. Syntel claims contract interference and misappropriation of confidential information and wants $3.4 million plus $6.1 billion (with a “b”) in punitive damages.

Alere completes the sale of its Alere Health business to Optum for $600 million in cash, announced in October. 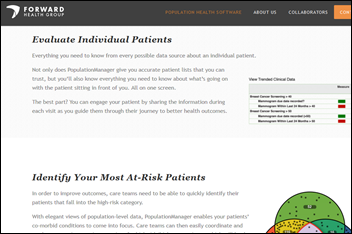 AARP issues a call for startups with apps targeting the “50 and over” market for its May 14 pitch meeting in Miami. Applications are due by February 20, 2015 with no fee required. Companies will deliver a four-minute pitch, answer six minutes of questions from judges, and then have their idea voted on by consumers in attendance based on need, marketing, usage, and value. 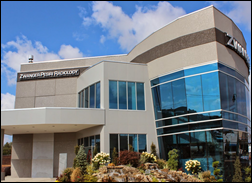 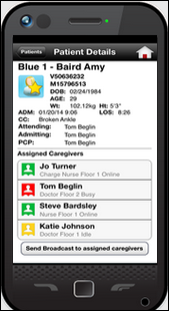 HealthLoop releases an iPhone app that sends push notifications to a physician when a patient triggers a clinical alert or when another physician sends a triage handoff. It’s part of the company’s package that costs $199 per physician per month. 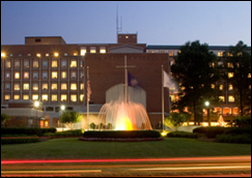 Congresswoman (and nurse) Renee Elmers (R-NC) reintroduces the Flex-IT act that would reduce the 2015 Meaningful Use reporting period from 365 days to 90.

A Washington Examiner investigative report finds that HHS spent $31 million on first-class flights between 2009 and 2013, including 253 trips that cost more than $15,000 each way. HHS executives taking the first-class flights claimed 70 percent of the time that it was necessary because of a medical disability. CMS officials paid $1,000 each for first-class tickets to fly from Charlotte, NC to Charleston, SC, which is a three-hour drive. 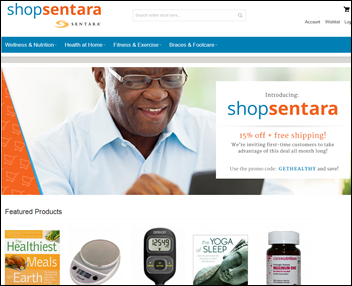 Odd: Sentara Healthcare (VA) launches a web shop selling books, vitamins, exercise equipment, and non-prescription drugs, explaining it as “a branded option that offers a higher trust factor and unique patient experience.” A 200-tablet bottle of Advil is $27.99 vs. Walgreens online at $16.49; an Omron 5 blood pressure monitor is $95.99 vs. $45.95 on Amazon; and the book “Yoga Heals Your Back” is $19.99 vs.  $11.69 on Amazon (or $2.99 for the Kindle edition). Anyone smart enough to find and use Sentara’s site will also be web-competent enough to check prices elsewhere, so the site’s success will depend on how highly those people value the “unique patient experience” of clicking the “buy” button there vs. mainstream sites they’re already using. The underlying technology is from Paquin Healthcare, which also offers a system that integrates with EHRs to generate “lucrative new revenue streams” to “monetize major investments made in mandated EMR systems” by using the patient’s information to suggest that the doctor upsell items such as vitamins, wearables, and books. As the company explains, “If a patient’s medical record shows they have had heart disease, Embrace automatically recommends vitamins, pedometers, weight management tools, blood pressure monitors, and other such products suitable specifically for patients with that condition. When a patient purchases the recommended products or services, revenue from the sale is paid to the care provider.”

Alibaba Health Information Technology settles its licensing dispute with Oracle. NYSE-traded, China-based e-commerce vendor Alibaba Group, whose shares are worth $255 billion and which has been predicted to be the world’s most valuable company in the next few years, bought and renamed the former Citic 21CN drug information business in early 2014.

A clinical documentation position paper from the American College of Physicians published in Annals of Internal Medicine says that EHRs provide minimal improvement over paper records because they were designed around billing and regulatory requirements and the practice of defensive medicine rather than improving patient care. It warns that the EHR is as overloaded with useless information as its predecessor paper chart (and will get worse with data from patient wearables) and that narrative entries are being unjustly devalued in favor of discrete data entry. The authors add that E&M guidelines forced data formatting rules that caused “coding and compliance trumping clarity and conciseness, as well as a harshly negative ‘gotcha’ mentality that saps the professionalism out of physicians.” The position paper says CMS overreacted in its condemnation of copied-pasted information, explaining that while copy-paste causes documentation bloat and perpetuation of originally incorrect information, physicians should not necessarily be required to create every new EHR entry manually – in other words, it’s the user and not the EHR function that should be of concern. The paper expresses tepid support for the Open Notes concept of letting patients review clinical documentation, saying it’s too early for a big rollout and that providers should be able to hide individual notes that could cause patient harm. 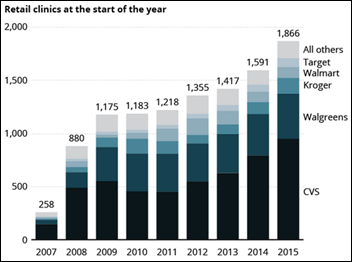 Huffington Post covers the growth of retail clinics. CVS alone plans to have as many MinuteClinics in operation by 2017 as exist overall today. Meanwhile, mall operators expect to fill empty spaces left by dying retailer chains such as Sears and RadioShack with walk-in clinics, of which more than a third of the 9,400 total are located in shopping centers.

I enjoyed these tips for making meetings more productive: 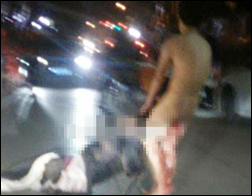 Weird News Andy understands that, “It’s hard to re-member.” A woman in China cuts off her husband’s penis after catching him sexting with his lover, but surgeons successfully reattach his manhood. The wife, obviously still unhappy, sneaks back into her recuperating husband’s hospital room and cuts his penis off again, this time throwing it out the window of his hospital room. The couple was caught on camera fighting in the street outside as the man was naked and bleeding, but he won’t be reorganized a second time – the hospital says a dog or cat must have run off with his severed penis because they couldn’t find it. However, he may yet have a happy ending since his lover says she will marry him anyway. 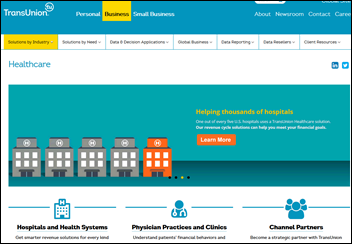