From DailyShowFan: “Re: Daily Show. Did anyone see the 3/27 segment where Jon Stewart, a steady advocate for veterans’ rights, takes on the interoperability challenge with AHLTA (DoD) and VistA (VA)? Sad reality, but it’s good to see him bringing this specific healthcare IT issue to wider attention.” 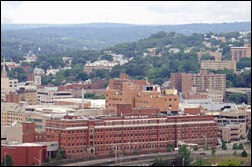 From KB: “Re: St. Mary’s Hospital, Waterbury, CT. Finally pulled the trigger to put down their awful, botched [vendor name omitted] LIS after being live only eight months. They just signed a $1million+ contract for Sunquest.” Unverified. 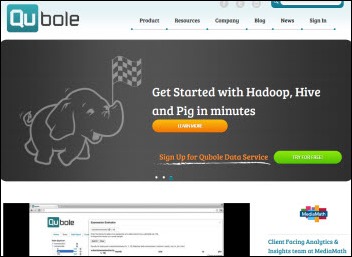 From The PACS Designer “Re: Qubole. A next-generation cloud service focusing on building a new cloud data platform is Qubole. Their solutions use Hadoop, Hive, and Pig software to solve Big Data issues for cloud services.”

Half of readers have contacted their primary care provider via e-mail or secure messaging. New poll to your right: do you expect to stop working for your current employer in the next 12 months? 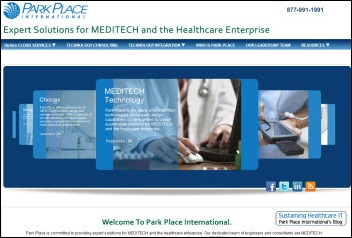 Meditech specialist Park Place International leases space in Worcester, MA for what will apparently become the company’s US headquarters, logically positioned near Meditech. 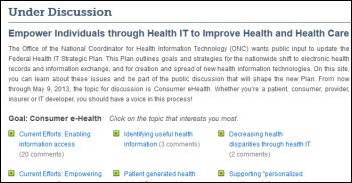 In the UK, Royal Derby Hospital implements an electronic MAR after an inquest determines that a contributing factor to the fall-related death of an 89-year-old patient was three missed doses of enoxaparin.

A Mayo Clinic study finds that tablet computers can be used to analyze EEG results outside the hospital or clinic.

A New York Times article questions whether hospitals should be held financially responsible for managing readmissions by, as it says, “managing the personal lives of patients once they are released” instead of focusing on other ways to improve care. Experts drily note hospitals with high mortality rates would appear to be more successful in managing health since dead patients can’t be readmitted. A health policy expert says readmission metrics are convenient, but not accurate. 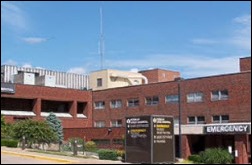 Medseek’s Client Congress will be held in Austin, TX April 15-17.

A former Apple employee recounts in a story called “2 Letters from Steve” the touching story of e-mailing Steve Jobs in 2010 to ask if he could take an iPad, which had not yet been released and thus was highly secured, to show a terminally ill friend who was not expected to live out the week. He received the above response three minutes later.

Vince continues with the HIS-tory of Meditech this week.