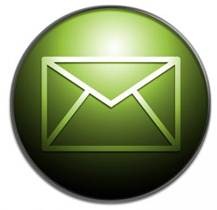 I lucked out this year by having the privilege of being on IT backup call for both Christmas Eve and New Year’s Eve. Since health IT is by definition part of the 24 x 7 world of health care, a lot of us were working. Although our clinical departments never take a day off, our administrative organization is trying something new this year and actually allowing a full day off for Christmas Eve and New Year’s Eve rather than the traditional half days. I always thought the half days off were kind of silly, since any work that was actually attempted was half-hearted at best.

With the long weekend over New Year’s and the short work week to follow, I hoped our team would take advantage and spend time with family and friends or otherwise recharge their energy for the coming year. The team knows better than to expect responses from me on e-mail when we’re officially not working. However, I forgot to sign time cards, so I found myself online on New Year’s Eve. I found dozens of e-mails waiting. Several of them wanted answers or decisions.

Apparently in addition to signing time cards, I also forgot that we have a couple of staffers working on our team who are on loan from another part of the organization. From the looks of my inbox, a couple of them decided to spend their long weekend working, and I could tell that at least one of them was still online. I instant messaged him and reminded him it was a holiday and that he really needed to take a break. We went back and forth a bit and he eventually figured out that I wasn’t kidding, that I wanted him offline and doing something other than work.

When we returned to the office on Wednesday, I approached him to talk about the weekend / holiday work situation. He admitted that in his “home” department, they are expected to check e-mail several times a day, even on weekends, “in case someone needs something.” Like a lot of people, he had a hard time just “checking” e-mail and would get sucked in to answering e-mails and working on projects and had difficulty letting things sit. I reminded him that in our department we have on-call coverage for that eventuality – someone is always reachable via the help desk. Should the on-call person not respond, the help desk has permission to contact the managers or directors (or even me) to make sure our clinicians have what they need.

In his department, there seems to be a lack of trust that the help desk group knows how to appropriately escalate issues to the on-call team or that the on-call person will be able to solve the problem. The team doesn’t necessarily trust each other and they don’t feel that there is adequate cross training to allow for rapid problem solving. It leads to a cycle of continuous frustration and feeling like they can’t get anything done and that they always need to be watching over their shoulders.

It was a good conversation and really got me thinking about our team culture of time management and what makes teams effective versus what makes teams struggle. I thought about some of the most productive teams I’ve been a part of and some of the worst team experiences I’ve had. With that bit of reflection, I’d like to share my thoughts on what I think works.

I personally like a “three day” policy. This means that people have three business days from the time the e-mail is sent before a response is due. This also means that if you need an answer sooner than three days, you need to either call the person or speak to them personally – no texting. This also applies to meetings, since invitations come via e-mail. If you need to schedule something with less than three days’ notice, you have to reach out to people by phone or in person.

Our policy discourages people from working e-mail at night unless there are unusual circumstances or employees are working flex time. Staff who aren’t routinely at their desks are encouraged to block time on their calendars to handle e-mail. They quickly learn that calendars fill if they’re left open, so it’s to their advantage to set up regular times to focus on e-mail. They’re also encouraged to not check e-mail during meetings, which can be incredibly disruptive. Some individuals even need to avoid trying to check e-mail between meetings if they’re not disciplined at knowing what they can answer quickly and what will be a time suck. In addition, appropriate use of “out of office” replies is required.

If you’re a field employee, indicate on your outgoing greeting how often you check your voice mail and if you prefer an alternative method of contact. Some of our field employees (such as trainers and desktop support liaisons) don’t even have voice mail, because they’re never at their desks to check it. My voice mail greeting specifically says to not leave a message as it will not be returned. You’d be surprised at how many people leave messages anyway. That gives me a general idea about those folks and their listening skills, especially when they do it more than once.

The text message policy is easy at our organization. The hospital doesn’t pay for texting service, so people don’t use it except for personal messages. Although instant messenger is in use (and integrated into our e-mail suite), I don’t encourage my team to use it and actively discourage some staff from using message notifier popups. The constant distractions on the screen are lethal to those who have difficulty paying attention. (This goes for e-mail notifiers also.) Instant message is also challenging because it often doesn’t leave an easily followed trail. Saving chat logs isn’t as efficient as using e-mail reply tracking when you have to prove who you told, what you told them, and when the message was delivered.

Meetings should have agendas which should be distributed at least one full business day in advance. I used to have a team member who routinely sent the agenda for an 8 a.m. meeting the night before at 8 p.m. Note the use of the past tense. Sending agendas in a timely manner allows people to actually read them and speak to you if there is a problem with the agenda or if they’re not prepared to discuss an item. Agendas should be adhered to. If the leader isn’t a good time manager, he or she needs to appoint a time keeper to stay on track.

The most successful teams I’ve ever been a part of have meetings that only last 45 minutes. The trick to squeezing an hour meeting into that block is to start on time and end on time. This prevents productivity loss at the beginning due to late arrivals and at the end due to those scooting out to attend the next meeting. This allows 15 minutes between meetings for people to check e-mail, walk to the next meeting, return to their desks to dial into conference calls, or take care of other needs.

Another trick – do not recap for late arrivals. Nothing is worse than being on time for a conference call and having the leader recap the roll call and activities for late arrivals. A word on conference calls – if you have access to web meeting software, require its use and require people to sign in so you can see who is on the call, avoiding the whole roll call issue altogether. Many packages even allow you to sign in from your cell phone, removing that as an excuse for not signing in.

My last meeting pointer is to always end on time. Adherence to the agenda is paramount. If a topic is taking too long, that means it likely needs its own meeting. A key element of my team culture is ending early whenever possible. People who try to cram new agenda items into three free minutes are quickly neutralized by their self-policing teammates.

For many of you, these are common sense items, and hopefully most of you follow similar rules in the office. I know from experience though that there are a large number of workplaces that have no clue about these (or many other) time management and team management dynamics. If you’re on the leadership team and you don’t have these policies in place, consider implementing them as part of your resolutions for the new year. You might find yourself with stronger teams, happier workers, and greater output.

Have a solution for sticky workplace problems? E-mail me.