Note: I offered to run an article from a disaster recovery vendor because I thought their perspective on Hurricane Sandy would be interesting. This is not an endorsement of that company, but I appreciate their article. 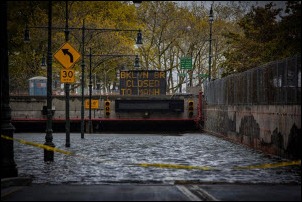 Extreme power outages and widespread flooding may wind up making Superstorm Sandy the second most expensive storm in US history, according to the forecasting firm Eqecat. Losses from the storm could total up to $50 billion, and according to Moody Analytics, an estimated $30 billion will come from physical storm damage split evenly among households, businesses, and public infrastructure. The remaining loss comes from lost business activity.

In addition to the financial challenges, several hospitals, nursing homes, and assisted living facilities failed a fundamental test of preparedness during Superstorm Sandy: they lost power. Their backup generators failed or proved inadequate, forcing thousands of patients to evacuate. Doctors, nurses, and medical practitioners were unable to access electronic health records and communication lines were down with no backup plan in place to redirect or re-establish phone lines.

Days after the storm, many businesses were up and running despite infrastructure failures because of disaster recovery and business continuity plans provided by Agility Recovery. Agility Recovery, a former division of General Electric that has been rescuing businesses impacted by disasters for over 23 years, offers a disaster recovery solution endorsed by the American Hospital Association. 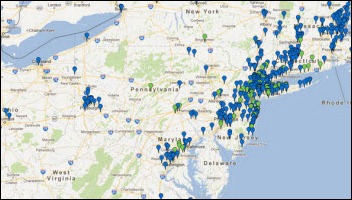 In the aftermath of Sandy, Agility is responding to over 1,300 businesses, including several healthcare organizations. Agility is currently delivering assets to 95 businesses. Another 1,210 businesses are on alert, meaning Agility is pulling down assets, waiting for the go-ahead from the business to ship them.

The main Sandy-related response activities include: 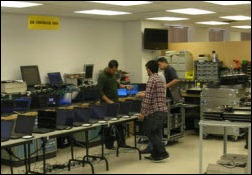 Although significant gains have been made in healthcare industry with regards to preparedness post 9/11, Georges Benjamin, executive director of the American Public Health Association, warns that austerity budgeting threatens these gains. “People presume that we have greater capacity than we have. When we get the big ones, we throw everything at it. We need to make sure we have the same capacity on the shelf at all times,” Benjamin continued, "I remain worried about the infrastructure.”

Having a flexible and executable plan that accounts for many eventualities is critical to resuming operations following a disaster. Of course, revenue is an issue. A healthcare industry study found that one in 20 hospitals is unprepared for power disruptions, and a power outage may result in more than $1 million in lost revenue and other costs. Another study of a 16-hour power failure in New York in 2003 found that of 120 hospitals impacted, one was forced into bankruptcy and 10 others suffered significant revenue loss.

But more importantly beyond revenue is the need to provide high quality, continuous patient care. Patient safety is always the biggest concern hospitals and healthcare organizations face. Following the high-profile failure of several hospitals hit by Sandy, it is time for everyone to take another look at their disaster response and recovery plans.

Bob Boyd is CEO of Agility Recovery of Charlotte, NC.