HHS names the 32 healthcare organizations selected to participate in the Pioneer Accountable Care Organization model. The Pioneer ACOs will test the effectiveness of several payment models to support better care and outcomes at a lower cost.

From Unicorn Hunter: “Re: IT resources. I need people or a company who can extract, transform, and load data from popular ambulatory EMRs to EpicCare, with skill in Oracle programming and Epic Bridges.” We don’t usually get involved with recruiting, but leave a comment if you have suggestions.

From Curious Reader: “Re: Medicomp. Interesting interview with Dave Lareau. Which vendors are using Medicomp?” I checked with Dave, who unfortunately can’t help. “Because of the proliferation of patent trolls in the marketplace and their ‘bulk litigation’ approach, Medicomp does not publish its customer list.” But if you go to HIMSS, I bet he will tell you, and if it’s like last year, several vendors will be bragging on their use of MEDCIN and Quippe.

From Music Man: “Re: your frenetic schedule. Know that your efforts are appreciated by me, my team, and many others. You’ve liberated us from the pay-for-play, outdated, and hopelessly out of touch hegemony of the publications put out by HIMSS and others.” Not only was that a nice comment from a sponsor, it uses a word not often heard. I had to check the pronunciation and definition: hee JEM uh nee, meaning dominance. I’m pretty sure the old guard is still dominant, but we’re happy heel-nippers.

From Harold the Barrel: “Re: [vendor name omitted]. The head of its demo team resigned today. Also, rumor has it that [name omitted], a well-liked executive from before the acquisition, has resigned. Also, [name omitted], who was responsible for driving new acute care sales, has parted ways.” I’m leaving out specifics since I know from experience that the company doesn’t confirm personnel issues and I’m uncomfortable running the names of people without verification.

From Big Sigh: “Re: Cleveland Clinic. Despite its health technology savviness, it still orders tests without regard to best evidence.” The top five tests ordered there are of questionable value, says this article. 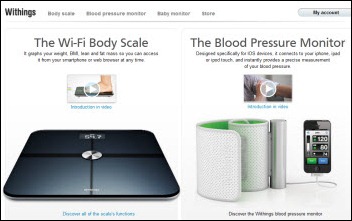 From The PACS Designer: “Re: Withings. Since it’s the holiday season, TPD thought it would be nice to highlight a potential gift for someone you know. If that recipient has health issues, the gift of Withings may help start the improvement process. Withings is Wi-Fi enabled, can monitor blood pressures and other body parameters, and also has a baby monitor application.” 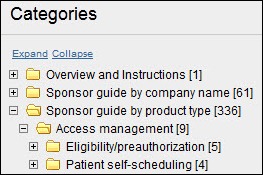 I keep mentioning the Resource Center and Consulting RFI functions, so I finally got around to having banners made that link to them (to your left, below the Founding Sponsor ads). I decided to make it confusing by calling the Resource Center “Vendor Catalog” (actually, even though it’s inconsistent, I thought that label was more immediately understandable.) The Resource Center lets you find HIStalk sponsors by category, which is pretty cool, or you can look them up by name or do a full-text search. The Consulting RFI Blaster lets you fill out a really simple form and send it with a click to one, some, or all HIStalk sponsors who offer consulting services. CIO readers came up with the idea for both of these functions, asking for a way to make it easy for them to give sponsors a chance to earn their business. 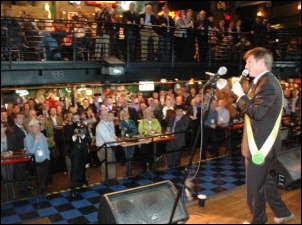 It’s that time again: HISsies nominations are open. Name the best and worst vendors, choose the Industry Figure of the Year, and of course give thoughtful consideration of your nominee for Industry Figure in Whose Face You’d Most Like to Throw a Pie. The most-nominated winners advance to the final ballot in a couple of weeks, so don’t assume someone else will nominate your candidate. The winners (who, paradoxically, are losers in some categories) will be announced grandly at HIStalkapalooza in Lost Wages on Tuesday, February 21, amidst an embarrassment of jollity, eating, drinking, and edgy entertainment (by healthcare IT standards, anyway, where the 30-year-old third cousin of a former roadie for The Temptations with questionably legal rights to their name can cause near-pandemonium by covering their modest hits that charted decades before he was born). Even if you’re a button-down stiff who doesn’t find The Pie award funny, give some thought to the Lifetime Achievement and Industry Figure of the Year awards, which are serious. That’s athenahealth CEO Jonathan Bush above doing his one-man HISSies awards show at HIMSS 2011 in Orlando, decked out in the beauty queen sash we provided that read, “I’m In the Cloud.” 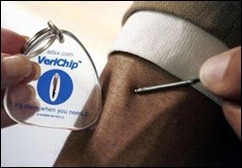 VeriTeQ Acquisition Corp. signs a non-binding letter of intent to buy the non-core assets of PositiveID Corporation, including the company’s VeriChip and Health Link businesses that PositiveID has not marketed  for over two years. 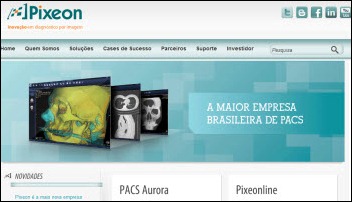 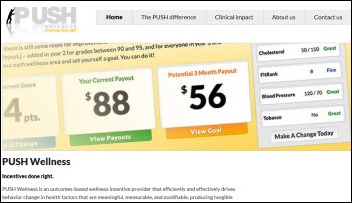 Silverton Health (OR) contracts with Summit Healthcare for interface and connection tools to facilitate its migration to the Meditech 6.0 platform.

Adena Health Systems (OH) awards a five year contract to Precyse for transcription services and various aspects of HIM administration.

Craig Joseph MD, is named CMIO of Agnesian HealthCare (WI). He was previously with Epic.

Jim Milligan, previously with Antek Healthware, has joined Baltimore-based PM/EMR vendor Software Unlimited, Inc. as CEO.  Readers voted him as “Best Non-CEO Executive” in the 2006 HISsies when he was with QuadraMed.

New Zealand businessman Andrew Ferrier, formerly CEO of the country’s dairy co-operative, invests in Orion Health and takes a seat on the company’s board.

Hoboken University Medical Center (NJ) gets a Meaningful Use check for its use of Medsphere’s OpenVista. 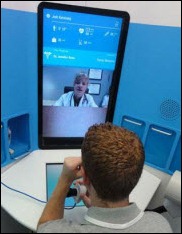 MGMA calls for HHS to immediately issue an expanded six-month contingency plan for the Version 5010 transaction standards. MGMA reports that less than a third of its members have completed all the upgrades and testing required for the 5010 transition and is encouraging HHS to allow physician practices to continue submitting Version 4010 transactions 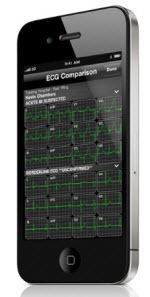 The Apple App Store names AirStrip CARDIOLOGY the best US medical application for the iPhone.

A just-published article in Annals of Internal Medicine finds that users of the VA’s My HealthVet are overwhelmingly interested in sharing their PHR information with family members or other providers. Another article finds that primary care providers are mixed about sharing electronic progress notes, with a significant number expressing concern that increased patient worry might outweigh the benefit of improved communication and education. An editorial discusses the two articles, but mostly just asks a lot of cautious questions about what patients might do with the information in their records.

Rumors say The Chicago Sun-Times will be sold to an investment group led by Michael Ferro, CEO of Merrick Ventures and chairman of Merge Healthcare.

A hospital CEO alerts colleagues that his Facebook friend requests are actually coming from an imposter who set up a Facebook page using his name and photos. The scammer has friended several hospital employees, with at least one of the requests saying, “I love you.” The CEO e-mailed Facebook for help and got the usual prompt, personal service: they changed something so that he can’t see the fake profile, even though everybody else still can.

The laptop of a terminally ill woman in Canada is stolen from her apartment, and along with it the only copies of the farewell message videos she had recorded for her five children under 18 to remember her by. 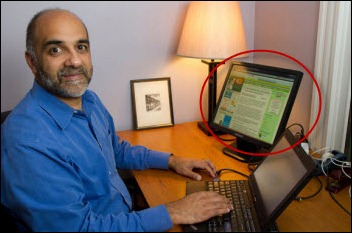 The New York Times runs an article taken from Micky Tripathi’s HIStalk Practice post describing the experience of his Massachusetts eHealth Collaborative in dealing with a lost laptop. In his own blog, he mentions his annoyance that the paper didn’t credit HIStalk Practice (since corrected, and notice that he still had preemptively slipped it into the photo they asked him for), the article implied that an increasing number of breach reports must mean that more breaches are occurring, and it suggests that electronic records are more susceptible to inappropriate exposure. Most importantly:

Finally, I found it a little ironic, that while the NYT article itself is an important step toward educating the public about the real issues surrounding the loss of electronic patient information, it glossed over the steps we’ve taken to educate the industry – like writing the post that lead the Times to the story in the first place. I think it was a bit of a missed opportunity to encourage organizations that have similar experiences to follow the path of full disclosure that we did.

Weird News Andy is doing his own end-of-year retrospective, targeting this “high-caliber story” from Italy. A man hit in the head by a bullet fired by a New Year’s reveler is lucky when it lodges in his nasal passage without causing serious damage. His luck got even better as he waited to see a doctor in the hospital: he sneezed the bullet out of his nostril, requiring only eye surgery before being discharged.