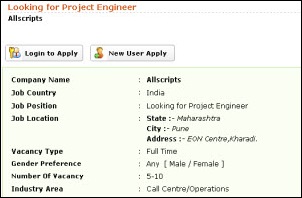 Allscripts opens two offshore development centers in Pune and Bangalore, India that will provide customer support and other services.

Golden Gate Capital offers to acquire Lawson Software for $11.25 per share, but significant shareholder Carl Icahn suggests that the company shop around for the highest bidder (probably hoping to bait Oracle and SAP into a bidding war).

From Yeah But … “Re: Ministry Health Care in Wisconsin. They were already a GE Centricity Enterprise customer. They will be upgrading to version 6.9 this year, which is the MU-certified version. It is true that GE has not had many new customers. In the past two years, they have made a small number of sales of the ASP version of Centricity Enterprise. Despite this, their total number of customers has dropped to around 27 on Lastword / Carecast / Centricity, down from 55 when they bought IDX.” Unverified.

It’s just me (Mr. H) today since both Inga and I are on our respective spring breaks, although most of mine will involve working on HIStalk. Dr. Jayne pitched in to help cover by writing a great piece for HIStalk Practice called Meaningful Use: 15 Things Your Practice Can (and Should) Do Now.

I’ll probably run a Readers Write Wednesday evening, so now’s your chance to get something to me that will appear quickly since I have just a couple of submissions so far. 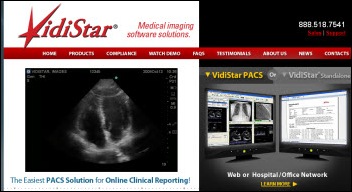 The Greenville, SC newspaper writes up VidiStar, which sells a PACS system and Web portal for remote reading of digital images.

The Wall Street Journal profiles Castlight Health, started in 2008 by Giovanno Colella MD (founder of RelayHealth) and Todd Park (now CTO of HHS). The company, which helps consumers understand the costs of their care, has attracted $81 million of capital funding so far, including an unnamed amount from Cleveland Clinic. 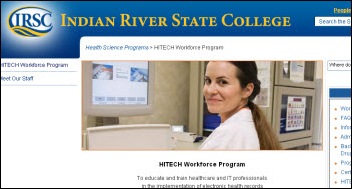 The local paper mentions the federally funded, six-month HITECH Workforce program offered by Indian River State College (FL), adding that Martin Memorial Health System had to fill almost all of its 60 Epic project positions internally because they couldn’t find anyone else.

Dr. HITECH (aka Ross Martin MD of The American College of Medical Informatimusicology) releases the production video of The Meaningful Yoose Rap. You saw the live debut of the song at last year’s HIStalk reception at HIMSS in Atlanta, now check out the video, apparently filmed on location in Washington DC, including in front of the Capitol and HHS headquarters. Video credits here, lyrics here. Ross has kind of a Marky Mark thing going on that’s pretty cool. He’s obviously musically brilliant, like you didn’t already know that from his amazing Interoperetta. He also has some kind of HIT day job, but hey, we have plenty of people who do whatever that involves but not many who can entertain the industry.

I was thinking about paper towel dispensers while in the airport restroom today, the kind where you wave your hand in front of the red light to have it dispense some preset length of towel. Some machines give an impossibly short length while others are more generous, leading me to speculate that they are networked devices using artificial intelligence (maybe adopted from slot machine technology) to determine the optimal mix of how much to dispense initially vs. how likely you are to begrudgingly accept the too-short length and leave with still-wet hands vs. just waiting until the red light comes back on to request another round by re-waving.

A UK woman dies of breast cancer after a doctor says her breast lump is benign, but then sends two appointment notices to the incorrect address, typing 16 instead of 1b for her street. Nobody followed up from the doctor’s office.

A family physician urges the same female patient to seek emergency care on two different occasions, once for an aneurysm and another for uterine swelling, after reviewing mislabeled CT scans belonging to other patients. The doctor says her actions were correct based on the information she was given, but the jury finds that she should have known the CT scans were someone else’s. They award the patient $75K for emotional distress. The two hospitals and the radiologist had already settled.