From: Florence Bascom “Re: Selling for Epic. A rumor I have heard about their sales team is that their sales executives are not commissioned – which in itself would make it an extremely unique model compared to other HCSW orgs.” Mr. H mentioned his desire to talk to a former Epic sales rep (anonymously of course.) Comments like the above add to the intrigue.

From: Lu Wolf “Verizon vs. AT&T. David Letterman’s take on why fewer drop calls isn’t necessarily an improvement.” Very fun. Now that Verizon officially announces wireless service for iPhones as of February 10th, a predicted 26% of iPhone owners will likely switch from AT&T over the next year. I won’t be changing carriers, primarily because I live in a region where AT&T has much wider coverage. But seriously folks: why isn’t there an option that includes easy workflow, a fast network, and no dropped calls?

The SEC settles with Reza Saleh, a Perot Systems employee accused of insider trading when Perot announced its sale to Dell last year. Saleh, a longtime friend of Ross Perot, agreed to return all the money without admitting or denying any allegations. The SEC will also ask the court to impose financial penalties which could be as high as $25.8 million. 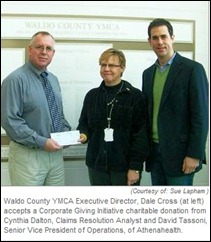 Nearly one-third of malpractice claims are the result of mistakes that could have been caught by a surgical checklist, according to a new study out of the Netherlands. Researchers linked the reasons for 294 lawsuits with specific items on checklists and found matches in 29% of the cases. Could this be correct: checklists have been found to save lives and now money, yet only 25% of US hospitals use them?

Sage Healthcare will participate in  a series of workshops sponsored by the Florida Medical Association. The workshops, which include 18 sessions across nine cities, will offer guidance to doctors selecting and implementing EHR systems to meet Meaningful Use requirements. 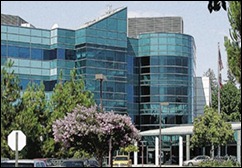 I’ve been very unsettled the last few days, after learning my zodiac symbol has changed. Could it be that I am not adventurous, energetic, enthusiastic, confident, quick witted, selfish, quick-tempered, impulsive, and  impatient, but instead, compassionate, romantic, imaginative, intuitive, selfless, secretive, weak-willed, and a compulsive workaholic? In other words, am I no longer a self-centered, life-of-the-party diva,  but instead just a nice person who works too much? Unsettling, indeed.

Coastal Connect HIE plans to go live with patient data exchange by mid-February. The alliance, which is sponsored by the Coastal Carolinas Health Alliance, includes 11 hospitals along the coast of North and South Carolina.

Catholic Health Initiatives (CO) CEO and president Kevin E. Lofton says his organization will invest $1.5 billion in EHRs and other IT systems between 2010 and 2015. Cerner systems are deployed in larger markets and Meditech in smaller facilities.

In his last post, Mr. H mentioned that he and Mrs. H were escaping for a much needed getaway. He checked in with me long enough to share this: “We’ve been here barely more than a day and we’re totally relaxed and pampered. I needed a break more than I realized.” He also added that he took my advice and is sampling the beer, which seems to compliment the gourmet grub and ease the pain of his overexposure to sunshine. Sounds perfect.

Thankfully WNA never seems to rest, sharing news of gamers who hacked into the server of a New Hampshire radiology practice. Seems the Scandinavian infiltrators were hunting for more band-width to play Call of Duty: Black Ops. Per WNA, “They never saw it coming.”

Baylor Health Care System announces its intent to register for stimulus funds and demonstrate meaningful use of EHR. Baylor CIO David Muntz says his organization has spent over $250 million implementing EHR over the least 10 years and that five of its hospitals have successfully standardized its “processes and technologies based on a certified electronic health record.”  My translation for that statement is that Baylor has fully implemented EHR (Allscripts Sunrise, I believe) in five (of 26) hospitals. The remaining facilities will continue rolling out EHR over the next two years.

I’m shamelessly pandering to Meaningful Use with EPtalk, since indeed I am an Eligible Provider. It doesn’t have the same catchy ring as HIStalk or HERtalk, though. Like many physicians, I take issue with the term “Provider” in general. If they needed a word or phrase to summarize those of us on the front lines, the least they could have done is make us “Patient Care Jedi.”

To those of you emailed your greetings and warm wishes, thank you! After several years as a HIStalk reader with the occasional comment or rumor sighting, being on the other side of the screen is a bit strange. I feel like I know you all personally. As a physician, I’m deluged with information from all kinds of sources, but other than FDA drug recall notices, HIStalk is the only one I allow to deliver to my inbox rather than routing into a folder for later. Clicking that link and finding my own writing is quite a thrill!

Several of you have asked for additional details about my background, specifically related to HIMSS, memberships, vendors, and conflicts. There seems to be a common theme about objectivity. Like my other HIStalk BFFs, being part of this team gives me the opportunity to speak candidly about the products on the market today. I have hospital privileges at multiple facilities, so my user experiences have been diverse. I’ve seen (and been forced to care for patients with) the good, the bad, the ugly, and the horrific.

In the interests of full disclosure: Like Mr. HIStalk and Inga, I’ll be attending HIMSS as a regular attendee. My “day job” employer pays for an individual HIMSS membership (as well as my specialty society, the local MGMA chapter, and the Southern Medical Association). A previous employer made me a Life Member of the AMA. Although I’m not currently on any national task forces or committees, that doesn’t mean I haven’t been in the past or might not be in the future. I do serve at the state/regional level in advocacy efforts. I’ve not been employed by any software or hardware vendor. I have never been convicted of a felony and my blood type is O positive.

Now that we have that out of the way… I saw an invite to an AMA continuing education seminar called “High-Reliability Safety: Applications to Healthcare” that’s being held on Wednesday the 19th. More info here.  They’ll be talking about embedding a “safety management system” in the healthcare environment. Unfortunately, I’ll be attending another tres exciting Meaningful Use Committee meeting at my institution, so if any readers happen to attend, email me with the interesting tidbits.

Multiple media outlets have been talking about the CDC report on EHRs in physician offices. National Coordinator for Health Information Technology David Blumenthal featured it under the extremely optimistic headline “EHR Adoption Set to Soar.” American Medical News was a little more restrained with “Physician EMR use passes 50% as incentives outweigh resistance.” Blumenthal goes on to celebrate the 41% of office docs and 81% of hospitals planning to apply for incentives, but goes on to note that many small practices “still need to learn about the opportunity they have.”

My thoughts on it: take it with a grain of salt. There are quite a few of my peers who are blissfully ignorant about this whole issue; maybe that’s not so bad. As for the study itself, the data was gathered via a physician self-reporting mail sample. Those of us that interview patients know what happens when patients self-report health behaviors – they either double it (exercise) or reduce it (alcohol) so that there’s no way of knowing what the patient is really doing. I think there might be a little bit of creative reporting by my peers here.

The survey looked at full vs. basic systems and although the headline “Physician EMR Use Passes 50%” sounds sexy, a closer look at the numbers reveals that 25% have a “basic” system and 10% have a “fully functional” system. The data doesn’t quite capture what portion of physicians have a system with bionic capabilities installed but are only using it to do the IT equivalent of crushing beer cans. (I recently visited a physician who was using her laptop as a base to stabilize an avalanche of journals, mail, and catalogs. She owns a gold-plated system. It was a shame.) If you dig deeper into the features that allowed a system to at least meet “basic” requirements, you could meet that with a word processor and some scanning software.

Bottom line: if a patient-care study had results like this, physicians would be extremely skeptical about its conclusions.