From HIT and Hockey Fan: “Re: Bobby Orr will enjoy this. Use meaningful useful EHRs (Epic in the office) to win a night at the UPMC Health Plan’s luxury box at the new Pittsburgh Penguins Arena. If successful in enticing the doctors to provide care as defined in the letter, UPMC Health Plan and UPMC will be paid a bonus from your tax dollars by CMS, which will more than cover the cost of the luxury box for the entire season.” I think I’ve mentioned before that I was UPMC’s box suite guest once at a Steelers opener at Heinz Field, which was somewhat wasted on me since I don’t get the point of watching someone else play sports (especially millionaires), but the atmosphere was interesting. There was lots of food, drinks, and nattily attired male UPMC executives talking shop and watching the game on the TV monitor while their carefully coiffed wives chatted harmlessly in the living room area. Just outside our hermetically sealed and climate controlled luxury digs were people (their patients, most likely) cheering, waving Terrible Towels, and actually paying attention to what was happening on the field. It was pretty enjoyable once I got over the irony of a non-profit hospital system spending money to support a billionaire’s sports team.

From Ricardo: “Re: Napochi. I’m curious about your impressions. Someone sent me a link and they are new to me.” Never heard of them. They sell PM/EMR, but they don’t call them that exactly. The company has offices in Alabama and China (there’s an odd pairing). Their Web site isn’t ready for prime time if the number of placeholder pages is any indication. They claim 300 hospital and practice customers, but I bet most of them are in China (just guessing).

It defeats the purpose of a survey asking about compassion and spiritual beliefs when an atheist blog urges its readers to barge in and vote predictably, so take the above results with a truckload of salt. Before the ballot box stuffing commenced and real HIStalk readers were voting, it was running about 50-50. New poll to your right: is the typical practice-based EMR capable of collecting and presenting the information needed for practices to assume and manage population-based risk?

University of Mississippi Medical Center chooses Epic for a $36 million project. They expect Uncle Sam to pay $20 million of that in HITECH money.

A University of Rochester Medical Center doctor loses a flash drive containing the PHI of several hundred patients. In typical horse-left-barn fashion, the medical center vows to start using encryption. Maybe losing a drive is the best thing that ever happened when it comes to information security — embarrassing publicity apparently launches more encryption projects than any kind of thoughtful planning and it only takes one episode per hospital.

AMIA is offering prospective corporate members free attendance at its Industry Day, held during its annual conference in Washington, DC on November 15. They have a few spots left.

Misys shareholders won’t get their $1.2 billion in Allscripts stock proceeds immediately, as the IRS evaluates whether Misys is on the hook to pay $170 million for what may be interpreted as a material reorganization of its corporate structure.

Scotland-based charge master vendor Craneware, flush with cash after a good year, is on the hunt for acquisitions valued at up to $30 million. Nearly all of its business is in the US and the company is looking for a bigger piece of the healthcare reform pie. 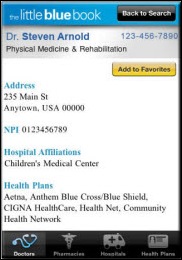 mdHub launches the mobile version of The Little Blue Book, the physician directory formerly distributed on paper by WebMD. It also includes pharmacies, hospitals, and health plans. I don’t exactly understand the pricing model, which is based on regions, but I’m sure you can figure it out if you’re interested.

Everybody’s getting into the physician recommendation business, apparently. A reader says Angie’s List (of which she’s not a member) has sent several solicitations about doctor ratings, some of which seemed curiously timed to her Google search activity. I can’t imagine paying for reviews, but apparently some do (and some complain about the result, Google tells me).

WellStar Health System (GA) fires its CEO following settled charges of Medicaid overbilling, which he had blamed on its billing systems.

Google is looking for volunteers to translate chosen healthcare articles into Hindi, Arabic, and Swahili on local language versions of Wikipedia.

HP’s board fired CEO Mark Hurd even after finding that he violated no company policies, triggering a severance payout worth up to $40 million. Oracle hired him on Labor Day as co-president. Now HP is suing him, claiming he violated his confidentiality agreement by going to work for a competitor. HP doesn’t like Oracle now that it sells its own servers, courtesy of its acquisition of Sun last year.

A British study finds that pharmacists could reduce nursing home medication errors by over 90% if put in charge of the process. The study found that 70% of patients had at least one medication error on any given day.

Thinix releases a touch-friendly, iPad-like user interface for Windows-based virtual desktops, providing as a press release example a nurse working both remotely and on the desktop.

The former president and CEO of Perceptive Software, acquired by Lexmark in May, explains why the $280 million, all-cash deal makes sense using a healthcare example. That’s not surprising since Perceptive always had a fairly strong healthcare presence with its ImageNow scanning and barcoding products.

Exciting, to me anyway: the sequel to Wall Street hits theaters September 24. No Bud Fox, but GG’s back 23 years after the original.

Mount Kisco Medical Group executes an agreement to deploy NextGen’s EHR, PM, and Patient Portal for its 230-physician practice. Looks like they are replacing Misys Vision and EMR. 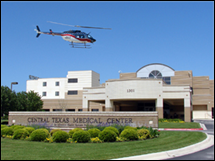 Data point: more than half of the 354 million doctor visits each year for acute medical care are not with a patient’s primary physician and more than a quarter are in hospital ERs. 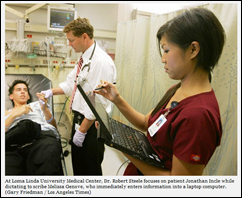 Medical scribe is one of the hot, up-and-coming healthcare jobs that has become especially popular with young medical and nursing students. The pay isn’t exceptional — $8 to $10/hour — but the job gives scribes the opportunity for up-close exposure to physicians providing patient care, particularly in the ER. Several enterprising companies are establishing offices close to major universities in order to attract ambitious pre-med and nursing students. The scribes receive basic training on medical terminology and coding before hitting the front lines.

Carestream Health acquires Quantum Medical Imaging, an x-ray imaging provider with a strong base of community hospitals and smaller clinics.