From News This Week: “Re: sale. One of your quoted CEOs will announce the sale of his company on Wednesday and hold an all-employee meeting on Thursday. A solid acquisition that will give the company extensibility internationally, although you will scratch your head for 3-4 months on what the purchaser is doing until the strategy emerges over the fall of 2010.” That’s Picis, I assume, although I don’t have solid information on the acquirer if it’s them (one reader says Ingenix, another says it’s a less obvious but unnamed player).

From Htx: “Re: Tim Thompson, CIO at The Methodist Hospital of Houston. He’s leaving to return to Florida.” Unverified. UPDATE: verified – he will be announced as the new CIO of BayCare (FL), Lindsey Jarrell’s old job.

From Cabrini Green: “Re: HIMSS Analytics Europe. HIMSS Analytics staff visited Germany to meet their new colleagues. The picture is funny — it looks like Steve Lieber and Jeremy Bonfini are holding hands.” It does, even though they aren’t.

From Elsie EHR: “Re: IBM. Who remembers ten years ago when IBM (along with Pfizer and Microsoft) sunk a chunk of change into an EMR called Amicore? Amicore was acquired by Misys in 2006, and of course Misys was acquired by Allscripts last year, which will merge with Eclipsys this year. Golly, I can hardly keep my dance card straight!”

Also from Elsie EHR: “Re: Aprima, formerly iMedica. I wonder if they will go after the Allscripts MyWay customers since MyWay and Aprima are the exact same product?” Careful … I don’t have confirmation on the rumor that Allscripts will sunset MyWay in 2012, so I assume it’s not true. Also, just to clarify, MyWay was the same product as Aprima only when that deal was originally signed in August 2007 (see my interview with Michael Nissenbaum, president and CEO, for more background). Since then, Aprima has continued to develop and sell the product separately from Allscripts, so they are no longer the same product even though much of their DNA is identical.

From UK Horlicks: “Re: British Medical Association. It has recognized Horlicks, the drink for HIT, with the slogan, ‘A drink other than Kool-Aid for HIT.” BMA demands that the government suspend access to Summary Care Records, saying it is unreliable since doctors aren’t keeping the uploaded patient records current.

From Anesthete: “Re: University of Michigan Hospitals. Recently signed with Epic to provide enterprise clinicals and financials in a plan to achieve MU.” Unverified. I mentioned that Hurley, which is affiliated with UM, had signed on, but that’s all I know. UM used to have a homegrown system that someone was trying to sell as I recall, but I never heard much about it.

From Zooey Rice: “Re: Amalga. A user of the Microsoft Amalga HIS says the company will exit the HIS market to concentrate on other things, like HealthVault or UIS. Love reading you every morning — smells like … victory.” Verified. Microsoft will announce Friday that its Health Solutions Group will discontinue sales and development of Amalga HIS to focus on Amalga Unified Intelligence System (the former Azyxxi). I didn’t really understand why they bought it in the first place considering it was a Thailand-based product with one notable customer, medical tourism hospital Bumrungrad International in Bangkok. Hanging the Amalga name on it was just plain confusing since in the US, Amalga was just the former Azyxxi product. My comment in 2007: “I don’t know why Microsoft wants to be in this business either, although maybe Azyxxi needs a little brother.” More from the company:

Amalga HIS, based on technology acquired from Global Care Solutions in 2007, is a traditional hospital information system designed to address all of a hospital’s transactional and reporting needs. Working with customers over the past three years, we’ve learned that an all-encompassing solution is not optimal for meeting the varied and dynamic needs of health organizations around the world. As a result, this approach is not well aligned to Microsoft’s broader health IT strategy moving forward. We will continue to develop and sell a RIS/PACS solution based on Amalga HIS and will look at other opportunities to leverage Amalga HIS functionality on the Amalga UIS platform.

HSG will continue to support our customers’ use of Amalga HIS through sustained engineering and support services for at least five years. We are working with each Amalga HIS customer to address their short and longer-term needs – moving them forward to HIS version 6.0 or identifying partner solutions that, together with Amalga UIS, could meet their requirements. Amalga UIS, based on the Azyxxi technology, is a highly flexible solution that enables healthcare organizations to reengineer workflows and get information to professionals when and where they need it.

From Cassie: “Re: St. Luke’s Health System in Boise. They’ve had a data breach in which a significant number of employee records, including SSNs, have gone missing. They are trying to squash the news report, especially given the other recent news from them.” Verified, but it wasn’t the health system’s fault. Mercer, the HR consulting people, loses a St. Luke’s backup tape when moving to a new office. St. Luke’s was in the news last week when its data center lost power, forcing clinicians back to paper.

Allscripts’ Q4 numbers: revenue up 14%, EPS $0.10 vs. $0.09, guiding up. The company beat expectations on both revenue and earnings for the quarter, but fell just short on consensus yearly revenue. CORRECTION: Allscripts actually slightly beat yearly revenue expectations – it was the company’s 2011 guidance that came in slightly low in the range of expectations, an announced $780 to $790 million vs. estimates of $787 million. All of these numbers exclude the impact of the Eclipsys acquisition. The conference call transcript is here.

ONCHIT is looking for a policy analyst to focus on consumer e-health. 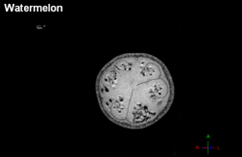 Weird News Andy is reduced to puns in describing medical technology put to a seedy use — MRIs of food. Obviously fixated, he adds, “The one I found most interesting was the watermelon. The way the seed groups spiral puts to rest my sleepless nights wondering about their seemingly random distribution.”

Another backup tape mishap: South Shore Hospital (MA) determines that backups with 800,000 patient records were lost by the shipper on their way to destruction.

Epocrates files for a $75 million IPO, the same amount it planned to raise in its aborted 2008 attempt. Sales are at $100 million, but the company lost money in the most recent quarter. It plans to bring out some kind of EMR application for small practices this year. 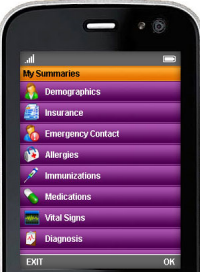 Minneapolis-based HealthPartners will use a mobile healthcare communications platform from Toronto-based Diversinet, starting with a two-way secure messaging system for discharged patients with chronic illness and women with high-risk pregnancies.

SAP partners with a consulting firm to develop financial and logistics applications for under-400-bed hospitals.

Small practice EMR vendor Patagonia Health gets a startup grant from a technology accelerator in its home state of North Carolina. Its product went GA on March 31. Former Misys software director Ashok Mathur is a co-founder.

MedPATH Networks announces a marketing agreement with a digital rights vendor to commercialize security technologies that are used for military EMRs, including a secure information exchange based on NHIN standards. I haven’t heard of any of this, but it sounds interesting.

Beaufort Memorial Hospital (SC) says the installation of MEDHOST in its ED increased gross revenues by $1.3 million increase and saved $240,000 annually by replacing dictation with electronic charting. And, Tenet Healthcare has contracted with MEDHOST to add the Care Clock application, which enables hospitals to automatically post current ED wait times to their Web sites.

New from KLAS: a report on homecare finds that three of the top four rated homecare systems are sold by best-of-breed vendors. The top-rated vendors were Homecare Homebase, Delta, and CareAnyware. Meanwhile, Meditech clients find that PTcT is outdated and difficult to use, with 40% saying they’re considering a switch.

HHS wants to use ARRA money to develop a national inventory of research on the most effective treatments and medical interventions. The information would be available as a searchable online tool for physicians and the public.

Huntington Memorial Hospital (CA) selects the Allscripts Community Solution to power its HIE. The Community Record solution is powered by dbMotion. Centra (VA) also plans to implement the Community Exchange platform as well as provide Allscripts EHR for 70 staff and affiliated providers and Allscripts Homecare for its home health nurses.

Globally, wi-fi technology in healthcare grew 60% last year. The US healthcare market will add more than 500,000 additional networks this year, representing a 50% jump over last year. 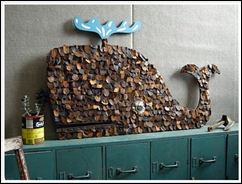 Giant Mr. Whale has apparently found a new home at Epic’s headquarters, according to the artist. He (Mr. Whale) looks like a happy guy. The artist has a link on his Web site to more attractions on the Epic campus. I think my favorite is the subway.

ITalagen and Medificiency form a partnership to promote a physician practice solution that includes Allscripts EHR and ITegen’s medical billing services and IT support.

No surprise here: an survey finds that EHR implementations are the top priority among the HIT crowd, with 85% saying they are in the  midst of an EHR project or plan to start one within 18 months. More surprising: of the 110 professionals surveyed, 13% reported using Epic, 11%  Cerner, and 8% Siemens. How “random” are these results if Meditech or McKesson weren’t named?

I must ask Matt Holt if this qualifies as Health 2.0. A 64-year-old Pennsylvania woman avoids dialysis after finding a donor kidney via Facebook, getting 197 responses to her plea.

Philips Healthcare’s second-quarter sales were up 4% over last year and second quarter earnings were $280 million, compared to $198 million. CFO Pierre-Jean Sivignon said the US healthcare market was “bouncing back” after a period of financial crisis and regulatory uncertainty.