From Harvey: “Re: CPSI. The small/rural hospital market has been dead money for years. However, the QSII/Opus deal may mark the start of a land grab there. Rumors are that Francisco will either IPO or sell Healthland this year, which tells you that there is demand for assets in this sector. My guess is that almost everything’s for sale in that space, including HMS and the indifferently-managed CPSI. Would love to see an interview with Francisco’s Ezra Perlman. He’s been a major mover and shaker, but rarely discusses HCIT publicly.” I agree (and I would be up for that interview). I overheard conversations at HIMSS about that largely untapped small-hospital market and some interesting players were named as being well positioned, such as IntraNexus.

From ZenSocrates: “Re: McKesson. Mike Myers, the McKesson executive responsible for the Clinical Documentation/Physician Order Entry product and a true pioneer of HIS, has announced his retirement for this July. The concern is that McKesson could not name a successor at the time of the announcement. As a customer, this concerns me greatly!!” Unverified.

From MckHappy: “Re: McKesson. McKesson and Jeremy Chandler are finally implementing the changes they had promised within the Horizon team. Mike Myers has announced his retirement effective July 1. Jim Nemecek is no longer VP over ambulatory. Cem Tanyel from Unisys will be named as the new head of development. Gerry McCarthy will add ambulatory to the physician solution line. The internal release focused on integration and eliminating the politics — errr, I mean development silos. Rumor going around is that portal and ambulatory development will be centralized in Boulder. The ARRA-certified release was shipped on-time to the pilot site last week.” Unverified, but if true, I wasn’t the only one observing the development silos and lack of staff stability.

From William Tell: “Re: HIMSS. I guess from what Lieber says, HIMSS is all things to all people.” An article quotes Steve Lieber as wanting to push into life sciences and payer markets, medical banking, PHRs, and workforce. I can only imagine the confusion as everybody tries to sell something to everybody else at the conferences. And in related world domination news, HIMSS Analytics is now working in Europe.

From Dickie Smothers: “Re: HIPAA. Check out 42 USC 1320d-6, which defines ‘A person who knowingly and in violation of this part … obtains individually identifiable health information relating to an individual …’ The term “person” is defined (in the main part of 1320) as an individual, a trust or estate, a partnership, or a corporation. I’ve read that because the above section applies only for a ‘violation of this part’, it only applies to those otherwise covered by HIPAA (since anyone else couldn’t ‘violate’ the provision). However, the HITECH changes in Section 13409 of the Act seem to broaden the applicability. Don’t think it was effective, however, last Thanksgiving. Nevertheless, a bright federal prosecutor could make a conspiracy charge or bribery charge stick if he/she wanted to. Just my opinion.” This relates to the story I mentioned in which a gossip site supposedly made 6,000 calls to the hospital Tiger Woods was in, trying to wangle his medical records from anyone willing to spill the beans for cash.

From Jack Flash: “Re: athenahealth. This is a very entertaining and insightful interview of a slightly buzzed Jonathan Bush at the HIStalk party. Greatest quote of the interview, on being asked about Healthcare Policy — ‘I love Obama’s package. He looks great.’” Definitely a fun watch.

From Radiology Ralph: “Re: DR systems debut of Unity CVIS. You mean DR Systems does something other than sue other radiology vendors for its ‘416 patent infringement? Go ‘Dominator!’” Just in case anyone doesn’t know the back story, DR Systems filed a slew of lawsuits in 2006 claiming patent infringement of a PACS reading station feature: eRad, NovaRad, Emageon, Fuji, GE, Philips, Siemens, Kodak, and others.

From Stifler’s Mom: “Re: Medicare. Good article on that 21% Medicare cut that happened, then got fixed, while we were partying in Atlanta. I don’t know how many doctors wandering the exhibits halls were leaving their wallets in their rooms, but I would have. Even with the ‘fix,’ if I were a doc, I’d be too nervous and reluctant to be spending any big bucks. No one at HIMSS was talking about a 21% pay cut in their already low Medicare reimbursement!”

From Meaningful Abuse: “Re: HIMSS attendance. If only 30% (~8,357) of the registrants came from healthcare provider setting, where did the other 70% (~19,500) come from? Isn’t this a healthcare setting information technology show? Only 11%(!) of the registrants were CIO/CTOs? Was that 11% of the healthcare provider attendees or 11% of the total registrants? Same question about CEOs… So, who do the vendors want to talk with? C-level decision-makers, not mid-level IT managers or staff. No wonder HIMSS vendors are chafed about the money they have to spend for their chunk o’ concrete.”

Several readers asked about the lyrics to Dr. HITECH’s Meaningful Yoose Rap. They are here and they are excellent.

Now that we’re over the HIMSS hump, I’m interested in doing some new interviews (with provider-siders especially encouraged). Or, your guest articles are welcome (more of those from providers would be especially welcome). I’m finally to the point that I can get to them.

The HIMSS EHR Association weighs in on meaningful use and incentives. That response wasn’t detailed, but it apparently urged simplification, reduced requirements for data collection, and allowing only one document standard.

Not to be outdone, Markle Foundation has its say on the same topic. Some of their ideas: (a) set explicit health goals; (b) make the quality measures list more focused; (c) add new measures for priority health goals; (d) get rid of the all-or-none approach to incentives to encourage improvement without requiring hitting 100% of the proposed requirements; (e) streamline some of the calculation-heavy functional measures; (f) make electronic reporting requirements simpler; (g) focus on easy measures that improve patient engagement; (h) clarify that a secure download of patient information is acceptable; (h) get feedback into doctors’ hands quicker; and (i) clarify how hospital-based physicians can participate. I think they did a great job with good consensus and I would expect HHS to seriously consider their recommendations since they are less vendor- and product-centric and focus more on patients and providers. Kudos to them.

VA CIO Roger Baker lays it on the line for his IT staff: he’s happy to kill projects that miss deadlines or run into snags. That’s semi-good news for taxpayers, but the shining star of that policy cost a bundle, a failed patient scheduling application that cost $150 million.

In the UK, NHS’s medical director and NPfIT defender resigns his additional role as a director of an NHS software supplier after an anonymous blog commenter brings up the perception of a conflict of interest.

A survey finds that 12% of employees knowingly violate IT department policies “in order to get their work done.” The survey appears to encourage outrage at irresponsible users, but IT policies that impede individual productivity in the never-ending quest for risk reduction should probably share some blame.

After placing its EHR project on hold for a year, Sutter Health announces plans to spend $400 million and accelerate its Epic implementation over the next five years. Sutter intends to take five of its affiliated hospitals live on its Epic EHR in 2011. The health system has already rolled out EHR to the majority of its physician offices, as well as its Mills-Peninsula Health Services facility.

The deadline to file comments on the latest meaningful use and certification criteria is now past, but not before multiple organizations filed last minute comments. CHIME, MGMA, CCHIT, and the AMA were just some of the many groups to submit public comments before the March 15th deadline.

CCHIT, by the way, says it is suspending any initial or incremental modular testing until it has an accredited Stage 1 ARRA test script to use. A note on its Web site also indicates that CCHIT is “confident” about its prospects for becoming accredited. Meanwhile, Drummond Group reaffirms its desire to be certified as a authorized testing and certification body and is making internal preparations in order to be ready for EHR testing later this year. 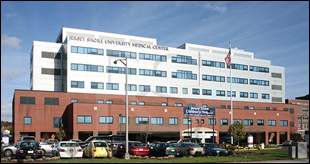 After delaying the release its numbers, athenahealth posts a decline in profits and jump in revenue for Q4 and 2009. athenahealth restated its financials going back to 2005 as a result of an internal accounting policy review, initiated by the company, and related to the timing of amortization for deferred implementation revenue. For Q4, revenue grew 33% over 2008’s numbers to $54.4 million. For the year, revenue jumped 38% to $188.5 million. Reported GAAP net income, however, fell 84% to $4.3 million in Q4, compared to $26.8 million a year ago; annual net income fell from $31.5 million to $9.3 million. The $.17/share earnings were in line with analyst expectations. 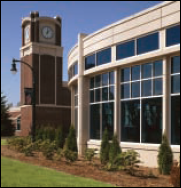 Holland Hospital (MI) plans to implement the InterSystems Ensemble platform as its enterprise integration engine. The hospital plans to connect multiple systems across the facility and integrate its EMR with affiliated physician groups.

Vitalize Consulting appoints Tim McMullen its executive VP of sales. McMullen most recently served as a VP at maxIT Healthcare and was a national VP and partner with First Consulting before that.

HIT consulting firm maxIT and the the medical device experts at Anson Group combine forces. The companies sign a partnership agreement aimed at providing vendors and providers expertise in the implementation of regulated medical devices connected to EMRs. Sounds like great timing, given the recent attention on EMRs and their possible regulation by the FDA.

BCBS of Minnesota makes a bit of a mistake, accidentally publishing a customer’s personal medical information it a handbook for 95,000 members. The woman is now filing suit for the breach of privacy and violation of the Minnesota Health Records Act.  Her attorney calls it “one of the most blatant and egregious violations of medical privacy” that she’s ever heard of.

E-mail a limerick to Inga.