From Ryan Nichols: “Re: CIO salaries. In 2004, you posted salary data for a number of CIOs, including some fairly high ones like Shands. How accurate was that data? Was there some other reason for some salaries to be off the scale, >$500K?” The salaries came directly from IRS reports, so they show exactly what a CIO was paid in one year, skewed only if that person quit and got lump sum benefits. Not true in most cases, including Shands — 2008 tax records show they paid Joan Hovhanesian $708K, more than everybody except the CFO (who made barely more) and the CEO, who got $1.26 million. Sweet, although not up there with what they pay Urban Meyer to coach football ($24 million over six years).

From Jerry Seinfeld: “Re: Tampa General. Heard a rumor that they will move to Epic from Siemens. Going to the board for final approval.” Unverified.

Listening: Travis, alternative rock from Scotland that sounds like an upbeat, pop-tinged Radiohead.

Eclipsys announces Q3 results: revenue down 5%, EPS $0.07 vs. $1.58, although most of the Q3 2008 earnings came from a one-time tax treatment. Without that, earnings were down 47%. The company also announced that North Mississippi Medical Center has chosen Sunrise. 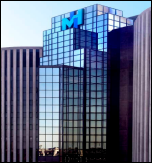 Cleveland’s MetroHealth has had Epic for ten years, so Judy was there Thursday for the celebration.

An undercover journalist in England buys detailed medical records of British patients from two chat room “salesmen”, apparently provided by India-based transcription center employees. One said, “We can do really good business with these leads. These leads will give you diagnose, entire diagnose of all the customers, what the customer is facing … The floor managers, they are working as freelancers for me.” The records came from London Clinic, which doesn’t outsource transcription, but some of its doctors hired a local firm and may not have been aware that their information was being sent to India. In a quick marketing reaction, Atlanta-based Webmedx assures customers that all of its employees are US-based and therefore aren’t out of the reach of US laws.

HuffPo covers EMR stimulus money and the vendor marketing techniques being employed to go after it: “cash for clunker” rebates, interest-free loans, Walmart sales, and the Stimulus Tour. John Glaser is quoted as saying that ONCHIT will start tracking EMR prices and marketing claims, looking for any stimulus-related misstatements like the ones Siemens claimed Cerner user to steal its customers (and sued them over it, although it has settled, which I’m not sure I know until I read it in this story). HIMSS was invited to comment but, not surprisingly declined, knowing it might step on some diamond toes. I was amused that John Halamka was identifed as “John D. Halambra” in the article.

USA Mobility announces GA of I-LAND, a two-way emergency messaging system for hospital and government campuses that gets through in emergencies because it doesn’t use public networks.

Over 97% of healthcare organizations say they have behavior problems with doctors and nurses, according to an ACPE survey. Examples: yelling, cursing, insulting, refusing to work with each other, throwing objects, trying to get someone fired or disciplined unjustly, and harassing sexually. Many of the problems happen in public or in front of patients. Here’s an interesting one from the respondent comments: male surgeon says to female nurse, “You must be deliberately screwing up. No one could be so stupid as to be this incompetent.” Nurse replies, “If you don’t stop insulting me, I am going to drag you out into the parking lot and kick your ass.” Surgeon reports nurse to administration, nurse gets fired. Only 22% of respondents said doctors had been terminated over incidents, while 61% said nurses had.

Maybe this is related: a couple of readers Googling for the doctor road rage story may have uncovered an important trend — there are a lot of those stories in the news. Doctors have beaten motorists with Thermos bottles, punched women drivers in the face, and pinned a pregnant woman against a wall with an SUV. Do they teach anger management in medical school?

Dann from RelWare says the Fall Technology Conference of Midwest HIMSS in Grand Rapids this week drew over 400 registrants. He took a picture of someone reading HIStalk during the sessions, which creeps me out the couple of times I’ve seen that at HIMSS (I write it entirely alone with only e-mail contact, so seeing someone read it in person makes me feel exposed).

I missed a couple of graphics from Mark Moffitt’s Web services article (you code geeks will love it because it shows a little bit of programming and some XML). I also ran across this video in which doctors talk about it and give a quick glimpse or two.

NHS is threatening its suppliers CSC and BT with termination if they don’t hit the November dates that were set earlier this year for bringing patient systems live. Sounds great, other than the previous suppliers it tried to hardball walked away. I tried to suppress the sophomoric cackling as I read the name of the hospital that went live this morning on Lorenzo, but I couldn’t — NHS Bury.

My UCSF sources told me in August that it was stopping its Centricity project (finally verified by UCSF in mid-October). They also said that Epic would be brought in as soon as the lawyers killed the GE contract. Right again, apparently, as negotiations with Epic are underway and, if all goes well, implementation will start in the first quarter. I snooped around and found a copy of the e-mail online (warning: PDF). The GE experience must have been ugly: “I understand the frustration in our prior efforts over the past several years, and the concern that we are facing another two years of this work. However, because we are going with an established, proven system, we can have much greater confidence that in two years we will have the tools that our clinicians need to improve the quality and safety of the care they provide.” Wonder what that Strike 1 cost them?

Speaking of Epic, I got a nice note from Dr. Lucy, aka #1 Dinosaur, who was surprised to find that people assumed her EPIC FAIL line in her anti-EMR blog post that I mentioned referred to that Epic (she’s a fan of FailBlog and was riffing on that about EMRs in general). She does, however, stick to her guns in not buying an EMR for her practice, with her reasons listed in this post:

A man in the back spoke of the new EMR he had just purchased for $30,000. Once all the numbers were crunched, though, it turned out he was only going to see about $3,000 in P4P bonuses. The response, delivered somewhat more softly than the stentorian tones of the main presentation, was that his return was more likely to be in the areas of quality and lifestyle. I imagined presenting a proposal to an insurance company — actually to any kind of business — and saying, "Now, you’ll only make back about 10% of your initial investment, but you’re likely to see improvement the areas of quality and lifestyle."

And speaking of EMRs, cost is a big concern for doctors, but 58% of them know nothing about ARRA.

Philips and the biggest insurance company in the Netherlands start a pilot project to develop home monitoring programs there.

This strikes me as bizarre: the MyMedicalRecords people engage a clinical trials company to help bring its monoclonal antibodies assets to market. An earlier announcement says it acquired the technology when it did a reverse merger with Favrille, Inc. in January 2009, although all the Phase III trials results I could find indicated that all of Favrille’s products were flops. The news didn’t seem to help the parent company’s share price, now down to less than eight cents, about a quarter of what it was worth in May.

Strange: a Phoenix doctor’s office gets 1,000 hang-up calls a day from a man angry at a former practice employee with whom he had a relationship. He’s done it for months and says he will keep it up for 25 years. They can’t block the calls because he’s in Jordan.

eHealth Ontario’s $236 million contract, signed quietly a few weeks after its CEO and board chair quit after a bidding scandal, will give 5,700 doctors a connected EMR – less than a fourth of those practicing in the province. The backlash over Ontario’s problems has stalled approval of a request from Canada Health Infoway for $500 million of what is basically stimulus money, although its audit was clean. That non-profit has spent $1.5 billion so far.

State government in India, annoyed that private hospitals obligated to treat poor patients are turning them away, directs them to post a count of empty beds daily on the Web page of the Director of Health Services. The newspaper article concludes that “If this works as planned, it will mean that patients will no longer have to share beds, limiting cases of infections.”

Seton Family of Hospitals (TX) says its Sychron desktop virtualization saves caregivers 30 minutes each per day since the “roam button” allows them to save a session, leave, and then pick up where they left off on another PC without logging in again.

IMS, the big seller of patient and prescription data, sells itself for $5.2 billion, the largest buyout of the year. Thank them if you believe drugs are too expensive since they specialize in telling drug companies how to wring the most profit out of their products.

The SEC settles with imaging vendor Merge Healthcare and its former CEO and CFO for improper revenue recognition that overstated net income by 230% for three years, resulting in a $500 million hit in market cap when it was discovered. The former suits will pay a combined $870K. I read the original complaint and it said Merge did what an insider told me that HBOC did in the 90s — shipped empty boxes to customers when products weren’t ready so the revenue could be recognized anyway.

The whistleblower who turned in a Texas hospital group for paying doctors kickbacks for referrals gets a 20% share of the settlement amount — $5.5 million. Anybody know a really crooked hospital that’s hiring?

Odd lawsuit you’ve already seen: the woman mauled by another woman’s pet chimpanzee has already sued its owner for $50 million, but now her family wants to sue the state of Connecticut for another $150 million because it didn’t prevent the attack.