From Wade Welles: “Re: evidence-based nursing. Do you know of any product in the market similar to Zynx Care, Milliman Guidelines, or McKesson InterQual?” I’ve heard of MCAP, which might be worth a look. Sunrise Knowledge-Based Charting from Eclipsys looked pretty good last time I checked quite some time ago. The floor is now open for suggestions.

From Sally Apizza: “Re: Todd Park. Todd’s appointment as CTO for HHS makes perfect sense. He is one of the most sincere, honorable people in the industry and, while the money he made building athena is nice, he is clearly focused on fixing the healthcare system. Besides, he has way too much energy to stay retired at 35.”

From Wes Jeeter: “Re: magazines. They are doing blogs and interviews. Like yours, only way not good.” I’m flattered in that imitation sort of way, especially since I’m a toiling-after-work amateur competing against companies and full-timers.

From The PACS Designer: “Re: cloud basics. Smaller institutions can benefit from good content on the Web. InformationWeek has a Plug into the Cloud blog that continually posts the latest in trends when it comes to cloud computing concepts.”

From The Queen: “Re: TPD. Would it be possible for TPD to please, please stop referring to himself in the third person?” It’s possible, but of unknown likelihood. Mr. HIStalk will leave that up to him since it’s his brand.

QuadraMed announces Q2 numbers: revenue down a little, EPS -$0.04 vs. $0.05. Severance payouts for two departed executives were largely responsible for the loss.

Eclipsys also moved into the red in Q2: revenue was down slightly, EPS -$0.07 vs. $0.15, missing revenue estimates by a large margin and guiding lower for the fiscal year. CEO severance was part of that loss, too.

Listening: reader-suggested Muse, pop-progressive that sounds kind of like the best parts of Queen. They’re doing a big stadium tour starting next month as the opening act for U2.

Streamline Health Solutions names board member Jonathan Phillips as board chair, replacing Brian Patsy, who will continue in his CEO role. Jon is founder of Healthcare Growth Partners and has supported HIStalk as a sponsor nearly from the beginning, also sharing his expertise in some interviews that turned out to be eerily accurate about the HIT vendor marketplace. 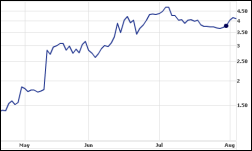 Merge Healthcare, seemingly back on the right track after some long and ugly struggles, announces that its PACS product has been integrated with Epic at HealthPartners. Shares have nearly tripled in three months, with market cap back to a respectable $235 million.

Speaking of Merge, it says it will “unlock the vault” on its internal imaging software tools, making them available to the commercial market as toolkits.

The military releases an independent report (warning: PDF) reviewing the design plans for the “world-class medical facility” that will replace Walter Reed. On the IT side, it worries about infrastructure planning (fiber and wireless) and EHR issues such as interoperability and usability. Most interesting is the highly practical definition of “world-class medical facility” in Appendix B, which calls for Stage 6 of the HIMSS Analytics EMRAM and state-of-the-art technology for knowledge management and unified communication. A fine job, but no surprise given those involved, including Ken Kizer of Medsphere (with a record-breaking 11 credential acronyms after his name) and Orlando Portale of Palomar Pomerado Health.

A reader is looking for technical experts who have experience with the Touchworks data model. E-mail me if you are interested. 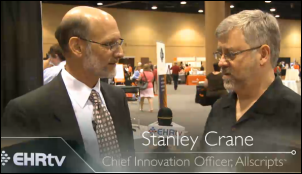 Speaking of Allscripts, several more uncreative law firms have filed suits against the company that are identical to the ones already filed by their legal competitors, i.e. the same “material misrepresentation” charges that don’t stand a chance at lining legal pockets unless certified as class action. The stock went down and is climbing back nicely, but naturally anyone who lost money must have been a victim of something other than market conditions or their own bad decisions. At least we still lead the world in something: resource-wasting lawsuits.

Epocrates gets a nice plug from US CTO Aneesh Chopra: “There is not a doctor I know who hasn’t downloaded a copy of Epocrates. It’s accessible and they use it on their Treos and iPhones."

China’s Ministry of Health is getting expert opinions on EMR standards, hoping to use electronic records to save money.

Local police are mad at Rhode Island Hospital for refusing to give them details about a suspected homicide victim’s injuries, citing state privacy laws. Disclosure to police is allowed only in cases involving gunshots and abuse of children and the elderly, the hospital says. Police called out an exception that allows it if the information could help law enforcement.

Massachusetts, which has most expensive health care in the country, wants to replace the fee-for-service model for all providers with a capitated payment (although they avoid calling it that to prevent memories of bad HMOs). 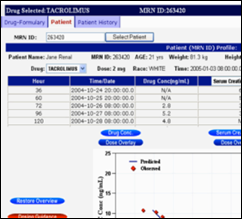 Children’s Hospital of Philadelphia gets recognition for its Pediatric Knowledgebase, which provides dosing guidance, therapeutic drug monitoring, and medication usage research. It can be customized to work with EMRs.

IT solutions vendor PC Mall announces the formation of a dedicated healthcare division.

This gripes me too: a husband and wife get their annual physicals, taking care to get blood work at an in-network hospital. They got a bill for $1,700 after the fact — the in-network hospital had sent their blood off to an out-of-network lab. The hospital told them it was their job to figure out which lab the hospital uses, later sending collectors after them. I had the same problem with my own hospital’s ED doc – the hospital’s insurance didn’t cover their own ED doctor services because they contracted ED coverage out to another company. How the heck are hospital patients supposed to figure that out in an emergency? And what alternative do they have anyway?

Somehow hearing Fannie Mae say this while asking for another $10.7 billion in taxpayer bailout money because of their bad mortgage investments makes me nauseous: “We are dependent on the continued support of Treasury in order to continue operating our business.”

UnitedHealthcare will make Quicken’s health expense tracking tool available to 700,000 of its enrollees, with plans to roll it out to 20 million people by the end of the year. Or, you could just download it here.

From Worried: “Re: healthcare reform. Consider this: over the next three months, more than 700 post offices will be reviewed for possible closure. Don’t know about you, but the last time I had to go to the post office, I stood in line forever. Rates continue to rise and the quality of service doesn’t come close to Fedex. Hmm … does anyone seriously want this same government to run our healthcare system?”

From Robe 411: “Re: ARRA vendor guarantees. With all the talk about how IT vendors can get hospitals to Meaningful Use, is anyone aware of any guarantees vendors are stating should they be selected? For instance, are they promising in writing to be CCHIT certified by a particular date or promising to have a capability gap filled by a certain date?” Robe 411 posted this now on the HIStalk Discussion Forum, in case you missed it. I’d be interested in hearing what companies are doing. I do know that NextGen has a money-back guarantee program that includes a promise that the “solution that will always evolve to meet the standards and certifications for federal stimulus reimbursement programs of interest to physicians using NextGen Healthcare products.”

Cardinal Health elects current executive George Barrett chair and CEO, just in time for its August 31st spinoff of CareFusion. The company also announced a $500 million stock buyback plan and appointed Glenn Britt, chairman and CEO of Time Warner Cable, to its board.

Twitter suffers a denial of service attack Thursday, making the service unavailable and leaving users like me confused about alternate ways to waste time. Meanwhile, Facebook was suffering its own performance issues, possibly also due to an attack or maybe because of extra traffic from all those Twitter-deprived folks. 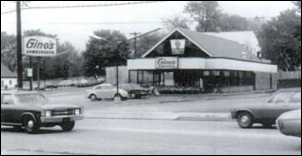 SRS announces that the 12-provider Chestnut Hill Cardiology (PA) has selected the SRS hybrid EMR for its practice. We mentioned this on HIStalkPractice and included a photo of the office. EMR_guy sent us this note: “I saw the building and immediately recognized it even though I haven’t lived in Chestnut Hill in 12 years. When I was a kid (a long long time ago) the building was originally a fast food burger place (fitting that it is now a cardiology practice). The place was call Gino’s and they had great burgers and shakes.” We are happy to inspire trips down memory lane. Mr. H, being a sucker for nostalgia and reader happiness, tracked down the photo above that should really take you back.

Maryland state officials agree to fund up to $10 million over the next five years to build a statewide HIE, getting the money by adjusting hospital reimbursement.

Picis enhances its ED PulseCheck solution with the embedding of First DataBank Drug Data File Plus. Picis has long supported access to Cerner Multum Vantage Rx Database, but with the addition of FDB, now covers 95% of what hospitals use.

Perot reports a 3% increase in profit for the second quarter despite an 11% decline in revenues. Perot says tighter cost controls helped earnings to rise to $31 million, compared to $30 million last year. New contract signings decreased 48% to $135 million, but have totaled $1 billion over the last year.

athenahealth reports its second quarter results, which included a 9% increase in profit compared to a year ago. The company reported $3 million in profit ($.03/share) and revenue of $46.7 million (a 42% increase.) athenahealth attributes the positive results to better sales, including an increase in athenaClinicals EMR users from 498 to 1,034 providers. Results were in line with analyst expectations, yet the stock price has fallen the last two days. Go figure.

A British GP receives a formal warning for downloading pornography at his surgery computer. The General Medical Council said the actions don’t meet the standards required of a doctor, but “are not so serious as to require any restriction on his registration.” Got to love those Brits and their sense of humor. I know people who have been fired for far more frivolous dalliances. 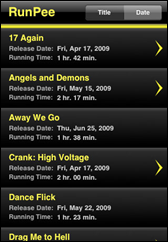 Darn. Why didn’t I think of this?